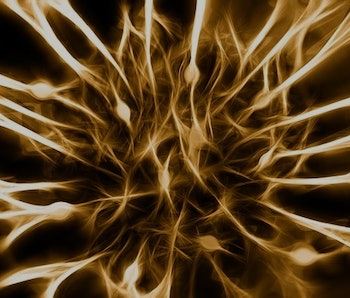 This new study from Cambridge University and the University of Southhampton was published today in the Journal of Child Psychology and Psychiatry. The two teams of researchers independently studied separate populations of teenage boys with conduct disorder who were between 13-21 years old. The researchers found differences in brain structure between the teenagers with conduct disorder and average teens.

In total, the teams looked at the brains of 95 teenage boys with conduct disorder, a behavioral disorder with persistent aggressive or destructive behavior. The researchers compared MRIs of the brains of these antisocial teens to MRIs from 57 average teens. They were looking for differences in rates of brain structure development, assuming that regions that develop at the same rate would have a similar pattern of thickness.

So what does this mean? Researchers aren’t exactly sure. But Graeme Fairchild, a psychologist from the University of Southampton says that their findings suggest that the diagnosis called conduct disorder is a true psychiatric problem, and not just exaggerated teenage rebellion.

More like this
Science
Jan. 28, 2023
How does the placebo effect take hold? A doctor explains two influential factors
By Kathryn T. Hall. and The Reader
Mind and Body
Jan. 21, 2023
Procrastination study suggests a link to shoulder pain, bad sleep, and more
By Eva Skillgate, Alexander Rozental, Fred Johansson and The Conversation
Science
Jan. 22, 2023
The oldest paintings ever found on Earth were not made by humans — research
By Paul Pettitt and The Conversation
LEARN SOMETHING NEW EVERY DAY.
Related Tags
Share: