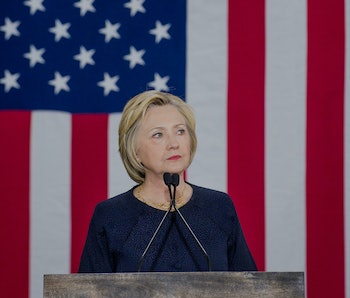 In the wake of a terrible tragedy, it’s always worth asking what could have been done to prevent it. In some cases, clear warning signs were missed that shouldn’t have been. Perhaps the best example (though it is often ignored) is the fact that prior to the attacks on 9/11, the U.S. government had a phone number that an al Qaeda operative in California called in Yemen that was later referred to as “al Qaeda’s switchboard.” Had the CIA followed that lead, it’s very possible the attacks could have been prevented.

Most experts now believe it is unlikely, though not impossible, that a foreign terrorist group will carry out a large-scale, sophisticated attack like 9/11 in the near future. Much more likely, are small, unsophisticated attacks carried out by unwell people who don’t communicate with any conspirators, which makes their plans very difficult to disrupt.

Now, after the homophobic shooting in Orlando, Florida, there has been renewed attention on the threat of homegrown terrorism carried out by so-called “lone wolves.” On Monday, Hillary Clinton, the presumptive nominee for the Democratic Party, promised that if elected president she would make “identifying and stopping lone wolves a top priority.”

Though we still don’t know precisely what motivated Omar Mateen to bring an assault rifle and a handgun into a gay nightclub in Orlando, what we do know suggests two things. First, that he appears to be motivated much more by a hatred of gays and lesbians – possibly because he himself was gay and unable to come to terms with that – than he was by any Islamist ideology. For instance, he has claimed to support ISIS and Hezbollah, who are vicious enemies.

The other thing we know is that the FBI investigated him several times over a two-year period, including using confidential informants to gather intelligence on him. Over the course of this investigation, the FBI presumably learned about his statements to co-workers that he often fantasized about killing people, and that he regularly used racial and anti-gay slurs. The FBI would also have known that he assaulted his wife years earlier. She later left him, and her accounts of their marriage show his clear willingness to engage in violent behavior. Unlike religiosity, research shows a correlation between domestic abusers and people who go on to commit mass shootings. There is no causal link, however, between professions of faith – whether Islamic or otherwise – and a propensity for violence.

That has not stopped the FBI and NYPD from adopting an analytical framework wherein a person – always a Muslim, in their training – goes from being ordinary to “radical” through a series of steps that correspond to increased devotion to Islam.

So when Clinton says she will stop lone wolves, she is stepping up to a line that the NYPD crossed over for years when it ran a “Demographics Unit” that surveilled Mosques and Muslim community centers, restaurants, and student groups. She has in fact already called for increased surveillance in the wake of the Orlando attack, despite the fact that the perpetrator was already well known to the FBI. It’s entirely misleading to argue that a lack of information was at fault. Much more likely is that the FBI ignored clear warning signs – like domestic abuse and verbal threats to co-workers – because, as Marcy Wheeler notes, Mateen likely wasn’t in contact with any terror groups overseas.

The way to stop attacks like the one in Orlando is to stop mass shootings all together, or to come as close as possible. Tasking law enforcement with focusing particularly on Muslim communities, either implicitly or explicitly, risks stepping back into the worst civil liberty abuses of the post-9/11 era. Although, as Clinton said, she would like to get back to the mindset on 9/12.