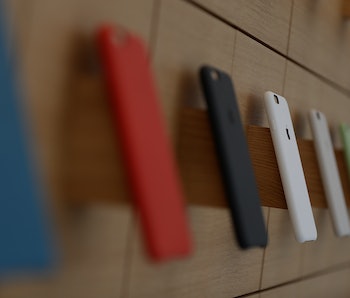 What happens when the comic book evolves for the future? For decades, the comic book and even the newspaper comic strip have maintained a certain look and format. But now, with the omnipresence of e-readers and smartphones, how will comic books adapt to this new, screen-filled reality? Turns out, a new layout of comics quickly grew out of Asia and is rapidly becoming the de facto format of reading comics on new devices.

The term “Webtoons” is of Korean origin, and is simply a colloquial term for online comics, or webcomics. What is unique to Webtoons, however, is their format. Rather than reading left to right like newspaper comics, or comic books, Webtoons are read top to bottom. This was a result of their early prominence on the Korean internet portal, Naver.

Kind of like Yahoo, Naver is a website that hosts Korea’s internet searches, email, news, and personal homepages. It’s on these homepages that webtoons gained prominence. Built like a combination of a blog and a message board, the internet savvy, South Korean bloggers realized that web browsing relied heavily on scrolling downwards. As a result, comic creators began formatting their panels from top to bottom for a better reading experience.

Turns out this move to change the layout of the comic was incredibly future-proof. Not only did the rise of the smartphone follow shortly afterwards, but many websites like Tumblr and Twitter’s reverse-chronological timelines have become extremely conducive to information that can be revealed through scrolling downards. Now whether by accident or not, the top-to-bottom format of these comics lent themselves incredibly well to reading and scrolling down on a smartphone screen or modern website UX.

Fast forward to 2014, and the popular Japanese messaging service LINE launched the LINE Webtoon app, dedicated exclusively to hosting both translated comics from Asia, as well as domestic comics from North America. All for Western audiences. The app keeps the comics native, top-bottom layout for easy reading on smartphones and tablets. And LINE Webtoon was just the opening salvo.

Other services like the San Francisco-based Tapas, and Stela have adapted this vertical format. Compare the comics these service hosts to comic apps like Comixology’s, and the differences in user interface quickly become apparent. Whereas the Comixology app feels like they shrink down comic books for panel to panel reading, webcomic apps, and the comic creators who produce for them, read naturally in nearly any available screen space.

“Mobile is fundamentally changing the way people consume content,” Chang Kim, CEO of Tapas, told the Korea Herald last year. For Tapas, it doesn’t just end with making it easier to read on mobile, the app has started adapting the payment model of mobile games for its comics. Sort of like a pay-as-you-go model, upcoming chapters sit behind paywalls. While this might be inconvenient for the readers in some cases (can’t always have free comics), Tapas promises to split profits evenly with comic creators.

Even Marvel has jumped onto Webtoons as a viable format. in 2014, the company introduced a Korean superhero, White Fox, exclusively for Korean webtoon portals. She was introduced as part of a Webtoon adaptation of the Avengers for domestic Korean audiences. White Fox was later introduced to American readers in the All-New, All-Different launch of Deadpool #1 earlier this year.

It turns out, that the apps and companies that recognized the web comic’s potential for easy reading, easy access, have stumbled upon a format of comics that lends itself well to a purely mobile experience. That’s huge when book publishers more than ever are looking to smartphones and smaller screens as viable marketplaces for books. And it’s not just big publishing houses either.

In the age of the internet, authors, artists, musicians, and any other creator of content can realistically publish their works independently, and still find success. It’s not guaranteed success, but many artists have found self-publishing to be a useful model that empowers their rights as creators. In this regard, online comics have exploded across the internet.

The question going forward is not whether or not all comics will be drawn top-to-bottom in the future. It’s how comic book makers will figure out the best way to deliver their content to an increasingly mobile readership. The vertical formats of web comics is just one of these ways comic book creators can cater to these new readers, just as Comixology’s Guided View, where comic pages are dissected panel by panel for easier reading, is another. The rise of webtoon style apps may be the beginning of a digital comics arms race which will be determined by whichever format is best for readers who prefer their comics in digital form. Whether it’s on their phones, e-readers, tablets, or laptops.