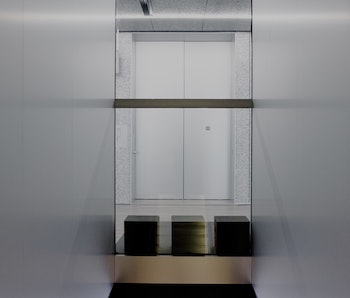 There’s one form of transportation that gets almost no press in the self-driving car and Hyperloop era: the lowly (and highly) elevator. Without it, there’d be no modern cities, and its evolution could go a long way to altering the future of urban landscapes. Sure, we’re still reliant on cable operated Otis Worldwide joints, but what if we weren’t? What if the shortest distant between the ground and our destination was a hypotenuse? That would be revolutionary.

And the revolution is coming.

Elevators have been speeding up for a while. Progress is gradual but consistent. Most skyscrapers these days contain elevators that go anywhere between 18 and 30 miles per hour. But one, in Taipei — the “Taipei 101” — goes over 37 m.p.h. You can reach the top, at 1,667 feet, in fewer than 40 seconds. The elevator in New York City’s Freedom Tower is fast, at around 22 m.p.h., but the experience itself is unlike any other. There also better be some fast and extra-tall elevators in Tokyo’s proposed Sky Mile Tower, which would stand at 5,577 feet.

So they’re really good at going up and down relatively fast. But they’re not yet great at much else. Enter ThyssenKrupp, the company responsible for the Freedom Tower’s elevator. Unlike traditional elevators, ThyssenKrupp transports are “rope-free” Instead of cables, the company uses the linear motor technology developed for the magnetic levitation trains. The mag-lev lifts operate on tracks. And they can change tracks, which means they can move on a horizontal.

If these elevators become the norm, there’s no telling what future cities will look like. Elevator shafts and ropes limit architectural freedom. Building designs must accommodate these straight, long tubes, as well as their associated machinery. If ThyssenKrupp can upscale its models, buildings can take on previously unimaginable shapes. A traditional building would have to be enormous — and enormously wide — if you wanted to justify the MULTI, but the advance would likely give rise to new, futuristic structures.

While we wait for that development to actualize, we can still appreciate the fact that — thanks to carbon fiber cables — today’s elevators can reach new heights. Plus, elevators are getting smarter. They can now, in a sense, monitor themselves and alert technicians when they need maintenance. Your building’s predictable elevator fails will soon be things of the past.

We’ve yet to see the Jetsonian pneumatic tubes, and we’re also awaiting the long-fated arrival of the mythical space elevator. Still, these advances may allow elevators to regain their spot in the limelight. If and when they do, the coming skylines will indicate the future’s arrived.

More like this
Science
Jan. 22, 2023
Humans didn’t evolve to live in cold — our survival is a lesson in ingenuity
By The Conversation, Kyoko Yamaguchi and Laura Buck
Gear
Jan. 19, 2023
This sleek e-bike may be more than just a Super73 knockoff
By Jackson Chen
Gear
Jan. 17, 2023
Chevy’s new E-Ray Corvette makes hybrid cars feel sexy
By Tim Stevens
LEARN SOMETHING NEW EVERY DAY.
Related Tags
Share: