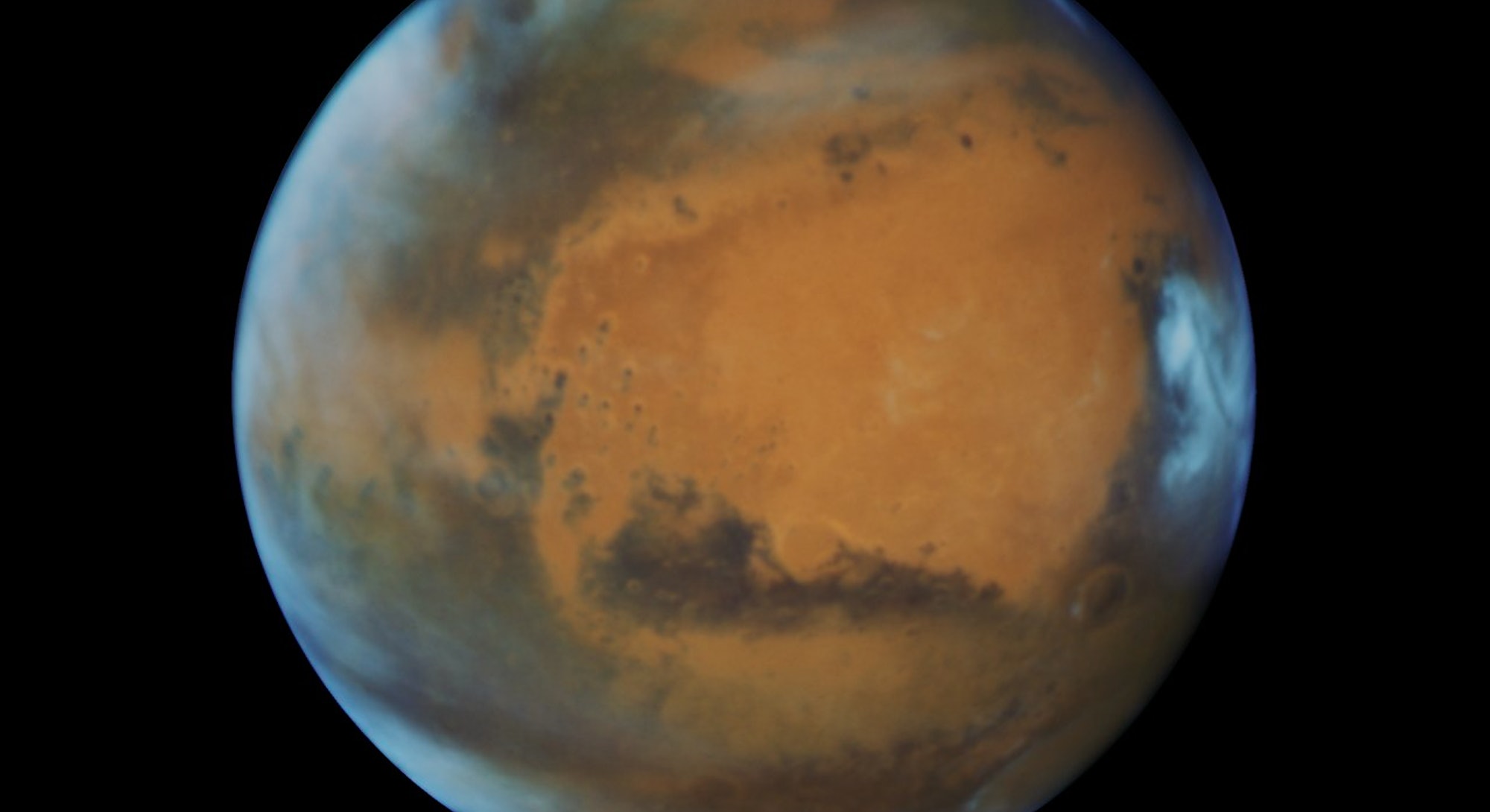 On Sunday, Mars will come into opposition with Earth. No, that doesn’t mean a conflict is brewing — it just means that when we look up in the sky, Mars will be located directly opposite the sun — with Earth smack in the middle. And coinciding with this wonderful alignment of two planets and their host star is a new image taken by the Hubble Space Telescope that takes advantage of this special formation to show us Mars as its rarely been seen.

Earth and Mars haven’t been this close to each other in 10 years. For the public, it’s an opportunity to see Mars as bigger and brighter than it normally is. For astronomers and other scientists, its a favorable time to turn all the instruments to 11 and get more detailed observations of Mars and its incredible diverse surface geology.

Hubble took this particular image on May 12, when the red planet was just 50 million miles from Earth. From such a close distance, the telescope was able to discern certain surface features that were as small as 18.6 miles across. On the far right is a large, dark region called Syrtis Major Planitia, which is home to a huge ancient (and inactive) volcano. A bit further south is the Hellas Planitia basin, home to Mars’ largest surface crafter (about 1120 miles in across, formed 3.5 billion years ago).

The orange blob in the center is Arabia Terra. To the south is Sinus Sabaeous and Sinus Meridiani — darker regions created by old bedrock from ancient lava flows.