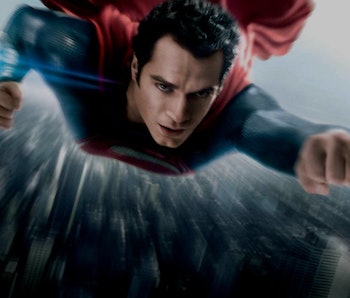 We know that capes have been a part of the superhero paradigm for ages — since the debut of Superman, whose costume was based on circus strongmen of the early 20th century. Capes have a lot of cultural and historical significance, and give us a great visual for heroes who are strong and fast; but do they actually do heroes any good?

Not really, under most circumstances.

Most superhero fans will, at the mention of capes, recall the scene from The Incredibles in which Edna lays down the law: no capes.

They’re dangerous, they get caught on things, they give enemies something to hold onto, and from a physics perspective, they can slow you down.

We talked to Professor James Kakalios and author of The Physics of Superheroes about the relationship between heroes and capes. While there’s something to be said for the significance of the cape on a visual level, from a physics standpoint, capes don’t really hold up.

So, is there any circumstance under which a cape would be useful?

“Yeah, if you’re falling I would use one as a parachute,” says Kakalios, laughing.

For the most part, capes are great for slowing down, but they’re not ideal for flying. Unless you’re able to grab the sides of the cape and use them as wings to glide and direct your trajectory, Kakalios says capes don’t make much sense for flight.

“Capes don’t really do too much for you when youre flying,” says Kakalios. “They’re an extra source of air resistance.”

So if you were trying to fly more slowly, maybe a capes not’s a bad way to go. But when have we ever seen heroes like Superman or Supergirl needing to save the day more slowly? Not often.

Okay, so capes are probably out for superheroes with the ability to fly. What about heroes like Batman? Could he use the cape to glide?

Maybe, theoretically, but it would probably kill him. A paper published by the Department of Physics and Astronomy at the University of Leicester (examining the plausibility of Batman’s gliding in Batman Begins) found that the speed of the impact when Batman lands after gliding from a 150 m tall building over a distance of 350 m would be in the neighborhood of 80km/hr. It’s as they’ve always said: it’s not the fall that’ll kill you, it’s the sudden stop.

Batman’s cape may help him glide, in this case, but unlike the theoretical instances of Superman’s cape, it’s not going to help him slow down.

“Clearly gliding using a batcape is not a safe way to travel,” the authors of the paper say, “unless a method to rapidly slow down is used such as a parachute.”

What about turning, then? Are capes supposed to help heroes turn midair?

“Planes turn through banking and basically having more air strike one side of the plane’s wings than the other side so there’s an unbalanced force,” says Kakalios.

It’s the same idea that’s at work when rowing a boat or a canoe — using paddles, you exert force on one side of the boat or another, which allows you to turn thanks to that uneven force. But does the same hold true for superheroes in flight?

Indeed, without the ability to use one’s cape like wings or the oars for a boat, it’s difficult to see how a cape would be helpful. Its going to create resistance, but that resistant force might not behave in a predictable way that aids in turning.

Capes might help one slow down or might, in some cases, act as a parachute. They might even help heroes glide, albeit a bit unsafely in some cases. They don’t really help with turning, though, and if speed is what you’re after, capes aren’t exactly an asset thanks to the drag they create. So, what’s the verdict?

“In general, I would say that it’s at best a wash and in most cases a negative, because any air drag that helps you on the way down hurts you on the way up,” says Kakalios.

We’d be remiss not to recognize that capes have come in handy for saving lives on occasion, though. Physics proves that they’re not helpful for flight, but in one scene in Supergirl in particular, we see Kara use her cape to shield and protect Alex from an fiery explosion.

So perhaps if you’re Supergirl, a cape makes a decent shield. But as for flight, physics pretty much settles it: ditch the capes.