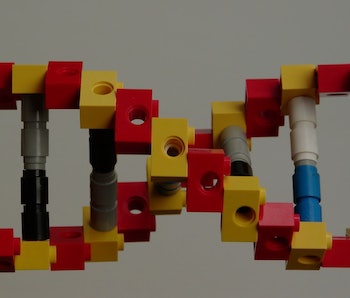 Genomics researchers are in a pickle of their own making after a secret meeting to discuss a goal of synthesizing an entire human genome within a decade.

“We intentionally did not invite the media, because we want everyone to speak freely and candidly without concerns of being misquoted or misinterpreted as the discussions evolve,” organizers told attendees, asking them to avoid tweeting, or letting the media know of the meeting’s existence.

“Project to Create Synthetic Human Genomes Would Make Us God”

These stories, none from mainstream media but all among the first page of aggregated headlines on Google News coverage about the event, prove that its organizers were justified in their skepticism that they’d be reported on with accuracy and nuance.

But by attempting to squelch the public conversation altogether, the project chiefs ended up with a bigger mess on their hands than was necessary. Even some of those involved with the research publicly opposed the gag-order.

“If you need secrecy to discuss your proposed research (synthesizing a human genome) you are doing something wrong,” tweeted Dave Endy, a professor of bioengineering at Stanford. He later co-wrote this article confirming his position that the moral and ethical consequences of such an endeavor must be discussed openly.

As he points out, even if scientists could synthesize a human genome and implant that DNA into a cell within a decade, we’d still be miles from building a parent-less person from scratch. But the time to talk about the human and social consequences of that possibility is now, before the scientific project goals are set.

Event organizer George Church, a professor of genetics at Harvard Medical School, said the secrecy was because the researchers involved had submitted a paper on the idea to a scientific journal, and were therefore barred from talking about it publicly before publication.

Whatever the reason, the prohibition on public discussion, even in this early stage, looks really bad. Secret meetings are inherently suspicious. And the public deserves a say in the project well before a press release announces, “Scientists set ambitious goal of synthesizing a human genome in 10 years.” Because at that point, the researchers’ minds and intentions are already set.

The media doesn’t always do a great job covering science. But there are also plenty of journalists equipped to start an informed public conversation about what synthesizing a human genome would mean, and whether or not it’s a worthwhile undertaking.

Engaging the media won’t stop the click-baiting headlines. And it won’t put the conversation in the scientists’ control. But that’s the point — if the research is defensible then it must be defended.