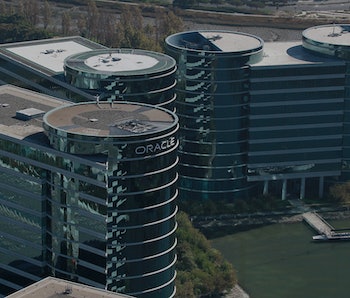 The tech trial of the century (sorta) presses on. One week after Oracle re-opened fire on Google for the latter’s questionably legal use of Oracle’s Java APIs, we bring you the key updates.

The trial is scheduled to run through June 10. Jurors have just been selected — included in the pool is an employment coordinator, a lawyer who works for local government, a former aerospace CFO, an HR professional, an electrician, a retiree, a homemaker, and a product manager for a local power company.

On May 10, Eric Schmidt, Alphabet’s executive chairman, became the first witness to testify in the lawsuit (this time around, that is; Oracle first sued Google over the API usage back in 2010). The CEO emeritus of Sun Microsystems, Jonathan Schwartz, took the stand May 11 to testify, describing how the company made extensive use of Oracle’s Java APIs because they were “free and open to use.” So, points for Google there.

There’s also the rather interesting matter of an email Oracle dug up from the bowels of the internet, sent by Android co-founder Andy Rubin in 2006. It appears to demonstrate both that the Oracle APIs were copyright-protected and that Rubin & co knew that. Serve returned, Oracle.

Oracle wants to take Google for about $9 billion, claiming that Google knowingly used code from the Java APIs despite it being copyrighted and that Google’s fair use argument is essentially garbage. Most of the tech world seems to be on Google’s side, because it would make things heinously complicated if Oracle won, opening a massive can of worms about what tiny bits of previously open code can and can’t be used without the blessing of the company that created them. With today’s software containing so many internal, interconnected parts, it’s not always easy to define technology that stands on its own versus a mere component of something larger.

Oracle CEO Larry Ellison should be testifying in the coming days.