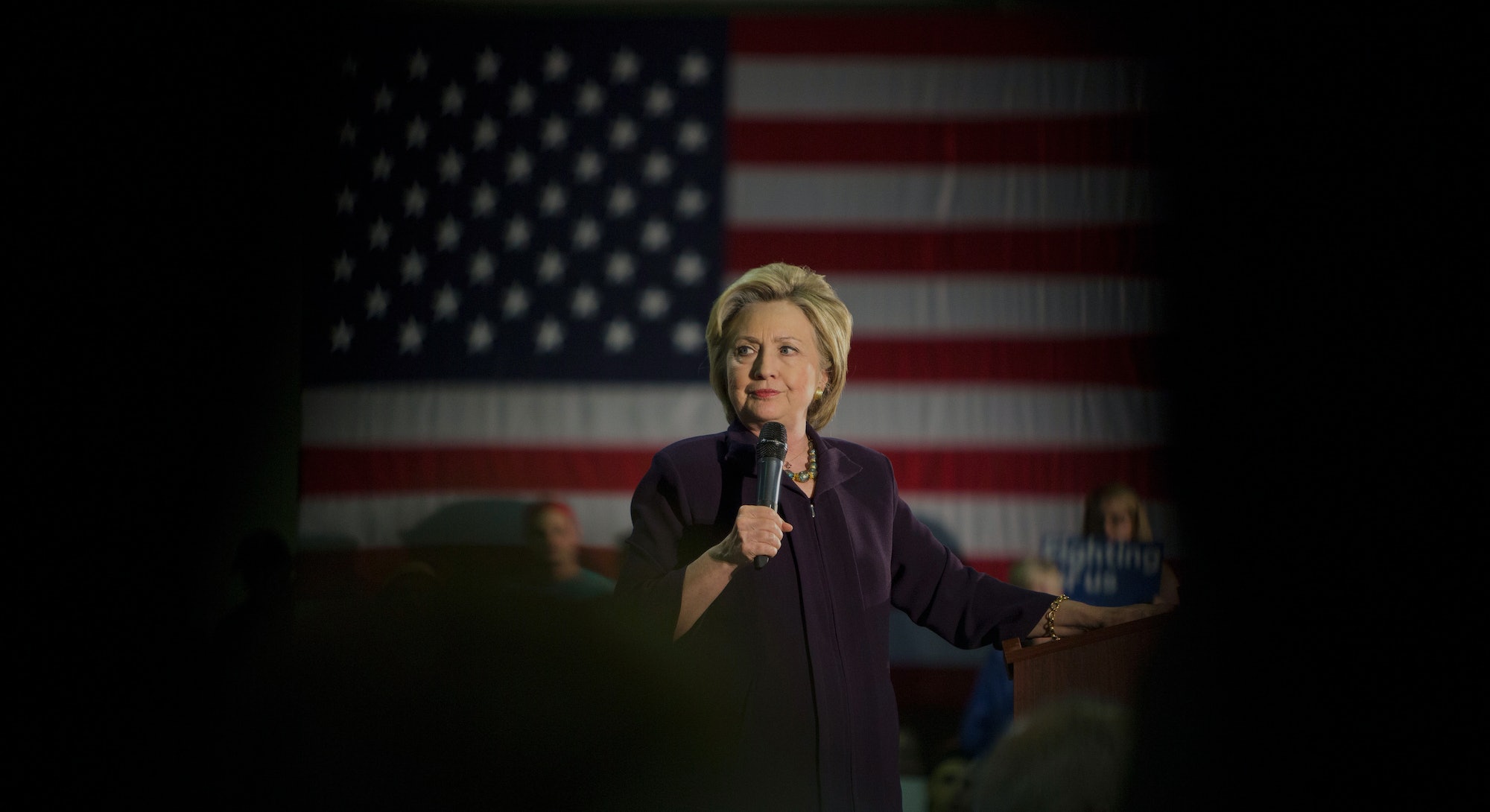 Hillary Clinton has been raising eyebrows recently with her uncharacteristic interest in a topic considered by many in the mainstream undiplomatic, to say the least: Aliens. While Congress tends never to wade much deeper into space debates than arguing for a few billion more or fewer dollars for NASA, Clinton has been pushing for the next president to release any and all sealed government files on aliens and UFOs, or, as she calls them, “unexplained aerial phenomenon.”

What’s also surprising about her desire to get at the government’s X-Files is that her husband has already promised that he went looking for aliens in the archives but wasn’t able to find any. Asked by Jimmy Kimmel whether he would even tell us if he had discovered that there was secret evidence of aliens, the former president replied, “Yes,” though true skeptics will hardly be convinced by the president’s word.

Some accuse Hillary Clinton of using aliens to cater to a younger demographic that might identify with the interest in extraterrestrial existence, but the association between the Clintons and aliens go back all the way to the 1990s. On this issue, Clinton has been remarkably consistent, and so we have gathered together five reasons why she is undoubtedly the most pro-alien presidential candidate of all time.

She Wants to Open the X-Files

While hardly the first presidential candidate to express interest in extraterrestrials, Clinton has gone beyond the rest and pledged to open any X-files on aliens or UFOs that do not jeopardize national security. Of course, if we did have information on aliens, it probably would jeopardize national security to reveal that to the public, so it’s probably not worth getting your hopes up.

“If there is something there, unless it’s a threat to national security, I think we ought to share it with the public,” Clinton told Jimmy Kimmel, who has become the principal alien interviewer in journalism, having pressed President Clinton and President Obama on the topic as well.

She’s Well-Read on the Topic

Back in 1995, during a visit to billionaire Laurance Rockefeller, Clinton was photographed carrying the seminal Are We Alone?: Philosophical Implications of the Discovery of Extraterrestrial Life by Paul Davies. The book has long been popular among those who believe in aliens as well as those who are skeptical, suggesting Clinton understands the debate, even if she may not be a believer herself.

Okay, not quite, but it’s clear that Clinton’s reputation as pro-alien has long formed an iconoclastic branch of her public perception. After Bob Woodward reported in the 1990s that Clinton held seances with Eleanor Roosevelt and Mahatma Gandhi in the White House, tabloids across the country speculated on other possible Clinton hobbies, including, yes, alien adoption.

She Wants to Increase NASA’s Budget

Clinton’s love-hate relationship with NASA began in 1960 when she was 13 and wrote to the space agency asking whether they accepted women astronauts. “We don’t take girls” was the reply. Nonetheless, despite this early rejection on account of her sex, Clinton has remained a friend to NASA and has urged Congress to increase the agency’s funding.

NASA is an area of rare, stark contrast between Clinton and her rival Senator Bernie Sanders, who has long opposed increased funding to the space agency on the grounds that the money could be better spent taking care of American citizens.

She Genuinely Believes in Aliens

Now, she has never come out definitively on the side of aliens existing, but she has made several statements that suggest she may be beyond the pale. In classic conspiracy fashion, rather than asserting that aliens have been proven, Clinton has focused on the number of reports of UFO sightings over the years to suggest that something might be up.

“There’s enough stories out there that I don’t think everybody is just sitting in their kitchen making them up,” Clinton said in an interview recently.

And if that weren’t enough, she even thinks it’s possible that we’ve been visited by aliens.

“I think we may have been,” she said in the interview. “We don’t know for sure.”

To us, that sounds like she is pretty convinced, at least way more interested in the possibility than anyone else in the race. Unless, of course, one of them is just doing a really good job hiding it.