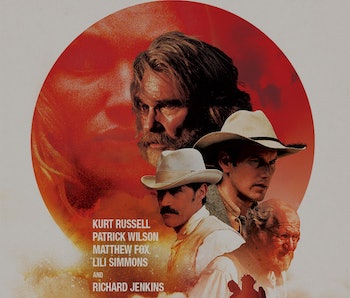 Hollywood would like you to believe that Native Americans will ultimately achieve some sort of supernatural revenge upon white America. Like the “Ghost Dance” in American history, the customs of American tribes have been co-opted into the cinematic world as alien rituals with the sole purpose of haunting suburban, caucasian folk. Blumhouse’s newest horror film, The Darkness, is another project in a long line of horror cinema that features a possession tale brought on by an “ancient Indian curse”. How well will it hold up against some of cinema’s other Native American hauntings?

In The Darkness, a trip to the American Southwest spells trouble when Kevin Bacon’s youngest son foolishly brings back ancient Anasazi artifacts from their resting places. Judging from the trailer, he begins exhibiting some animalistic tendencies, while also seemingly inviting in a terrible, supernatural presence into the house.

Amityville Horror, Pet Sematary and The Shining are probably the most famous films to use an ancient Native American curse as a backdrop for their supernatural premise. Other films, like the recent Bone Tomahawk, are happy to simply relegate Native Americans themselves as cannibalistic zombies. Really, there is a large variety of sub-genres that have developed using the inclusion of Native American stories.

As the documentary Room 237 highlighted, there’s even a genuine belief that The Shining is an allegory for the genocide and relocation of Native Americans in the United States. Often cited is the recurring Native imagery found around the Overlook hotel, as well as the assertion that the hotel was built over a Native American burial ground. Amityville Horror is even more overt in its Native American connection, claiming the plot of land the house is situated on is where the mentally ill tribal members were held imprisoned. In horror analysis, the phrase “Indian Burial Ground” is often shortened to IBG.

In truth, these types of stories often frame Native Americans — who rarely appear in horror stories purportedly written about them and their culture — into westernized notions of the supernatural and the afterlife. Ghosts and possessions and the like are more closely associated with European superstitions, while there are simply too many diverse traditions in the indigenous culture to pigeonhole as a unified religion, or set of spiritual practices.

The Darkness, to its credit, appears as though the filmmakers are attempting to be more creative with how they introduce indigenous ties to the film’s principal haunting, by bringing in animistic and ritual-based traditions into the fold. The Darkness alludes to a belief that nature itself holds certain, supernatural elements that can bring about calamity. This is actually a common belief all over the world, with branches in the Middle-East and Japanese Shintoism.

However, there still remains the pitfall that indigenous practices are inherently dangerous, or evil, or that they bring about supernatural curses. The film’s success will ultimately depend on how scary audiences find it to be; Blumhouse’s films range in quality, but they all tend to be cash grabs at the box office.

There is some poetic justice, I imagine, in films which revolve around Native American “curses” destroying the lives of suburban white families. Naive nuclear family units who often overstep their bounds by moving into either a former reservation land, or burial ground, end up incurring the wrath of the vengeful spirits or dormant curse laid down by a people who were themselves laid down by the United States government. There’s an attempt at cultural restitution there, by way of making white American guilt into a literal horror. The young boy in the trailer for The Darkness willfully trespasses into forbidden territory, and takes objects that were clearly not meant to be taken. Does he deserve a haunting? Possibly, but there’s also strong revenge-fantasy interpretation to some of these horror films featuring Native American curses. It’s unlikely that the film will end up with Kevin Bacon admitted, “you probably shouldn’t have messed with that stuff.”

The only thing worse than a ghoul holding a grudge (see: The Grudge) is a population of ghosts holding a grudge against an entire nation. While I doubt the use of Native Americans as a catalyst for supernatural horrors will ever cease, there is an interesting duality to them in terms of American cinema. Native peoples are depicted both as tormentors, and in some cases the tormented, and a horror movie from one perspective could be viewed as a revenge film from another perspective. The Darkness isn’t likely to complicate or revert the IBG trope — Blumhouse is known for low-budget, simple concept horror, not experimental messages — but we might get an interesting Native American horror story in the future.