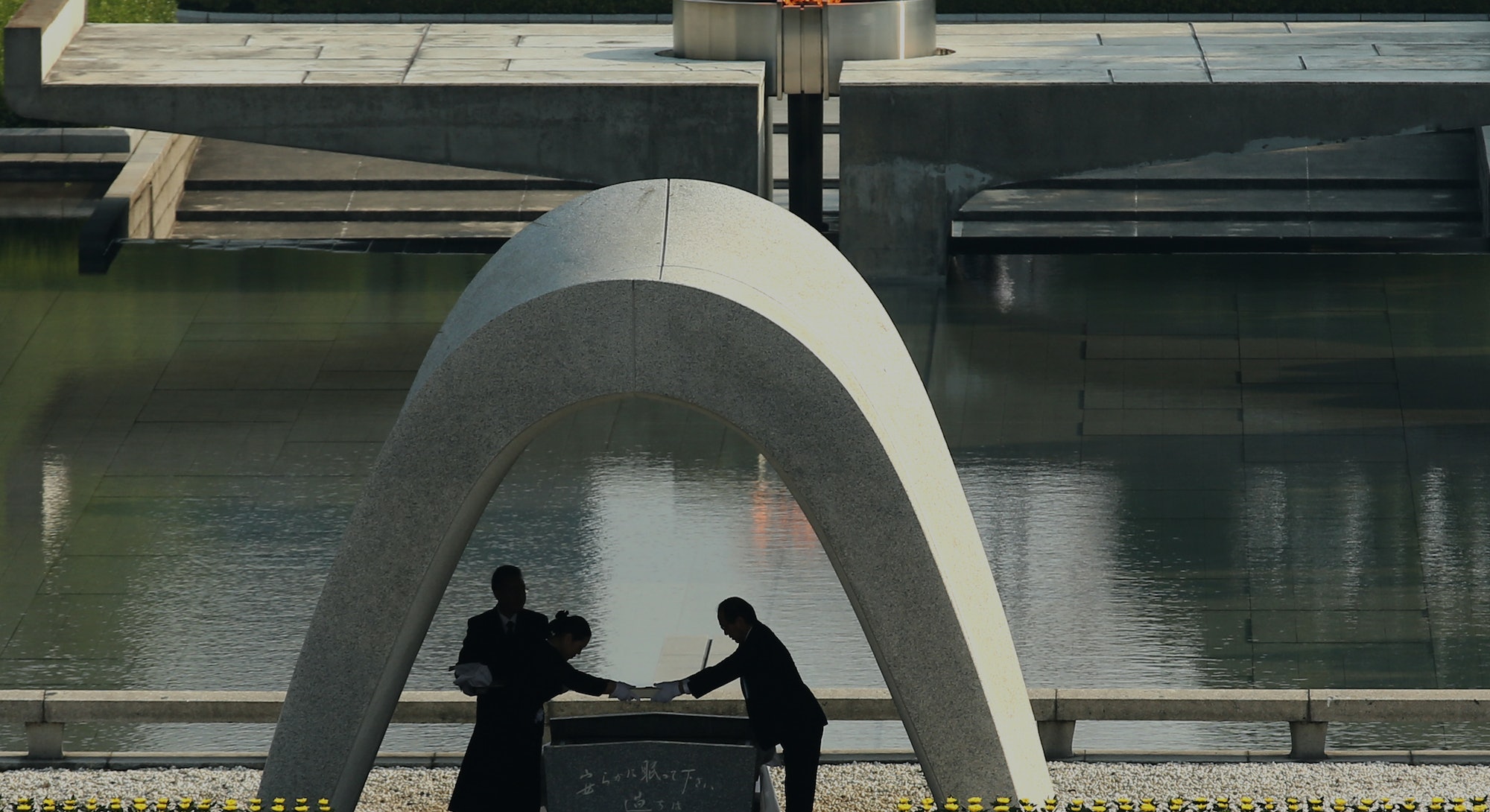 The news that President Barack Obama will become the first sitting U.S. president to visit Hiroshima, one of two Japanese cities struck by nuclear bombs at the end of World War II, has already raised discussion about whether he should apologize for the bombing (he won’t and it won’t likely come up). But few who visit the Hiroshima Peace Memorial, as Obama will, have come away unchanged.

Nearly 1.3-million square feet, the vast memorial that Obama will visit in late May is not so much a WWII history lesson as it is a quiet sort of testimony to the eternal threat posed by nuclear weapons. “Before the bomb, the area of what is now the Peace Park was the political and commercial heart of the city,” advises the tourism website Japan Guide. “For this reason, it was chosen as the pilot’s target. Four years to the day after the bomb was dropped, it was decided that the area would not be redeveloped but instead devoted to peace memorial facilities.”

It continues: “The park’s main facility is the Peace Memorial Museum. Consisting of two buildings, the museum surveys the history of Hiroshima and the advent of the nuclear bomb. Its main focus though is on the events of August 6: the dropping of the bomb and its outcome in human suffering. The personal details displayed are quite upsetting and serve to remind that we should not take peace for granted.”

Visitors to the park write on that most-used of review websites, Yelp, that “you will leave the park knowing more about the atrocities of war, and whether you believe they are necessary is up to you, but hopefully, we can learn how to better handle conflict in the future.” Another writes: “There is no history, and none to be expected; it’s just a park. It’s as neutral as it can be with only the message that we cannot allow this to happen again.”

For a president who has stunted nuclear proliferation in Iran, the prospect of drawing the world’s eyes to the devastation of atomic weaponry may be appealing.

The bombing of Hiroshima claimed the lives of about 100,000 people (although some estimates are as high as 140,000), including many civilian women and children. The Peace Memorial Park is dedicated to this the loss of life. Japanese authorities have long since apologized for the outbreak of war with the United States, with Emperor Hirohito expressing remorse for the bombing of Pearl Harbor in the terms of surrender. Prime Minister Shinzo Abe also reiterated an apology to the United States in 2006.

The Obama administration has already sent several high-profile dignitaries to Hiroshima, including Ambassador Caroline Kennedy and Secretary of State John Kerry. While neither visits carried the symbolic weight of the President of the Untied States, these visits have laid the groundwork for Obama to tour the memorial.

Obama entered office fiercely aligned with his goal to rid the world of nuclear weapons, but reality has sorely blunted his ambition, and now even a historical reckoning appears beyond him. Deputy National Security Advisor Ben Rhodes wrote about the president’s goals with the trip to Hiroshima in a post on Medium:

To be sure, the United States will be eternally proud of our civilian leaders and the men and women of our armed forces who served in World War II for their sacrifice at a time of maximum peril to our country and our world. Their cause was just, and we owe them a tremendous debt of gratitude, which the President will again commemorate shortly after the visit on Memorial Day.

This notion that hews to decades of American historiography about the cost in American lives of invading the Japanese mainland carries little weight in what many consider the capital of the anti-nuclear movement.

Exactly how the president will carry himself through the memorial will be the subject of great debate, particularly in Japan, where memories of the atomic bombings of Hiroshima and Nagasaki have formed the basis of a post-WWII pacifist identity. The long friendship between Japan and the United States since the bombing may even come out stronger, as the two nations work together to defend against what both view as Chinese aggression in the region.

Obama’s trip will be full of symbolism, suggesting a new era in Japanese-U.S. relations. The president insists he will not be offering the Japanese people an apology for the strikes, suggesting the Nobel Peace Prize-laureate believes at least these nuclear bombings were legitimate acts of war.

The president should take the advice of a recent traveler: “Don’t forget to ring the peace bell.” (There are actually three.)