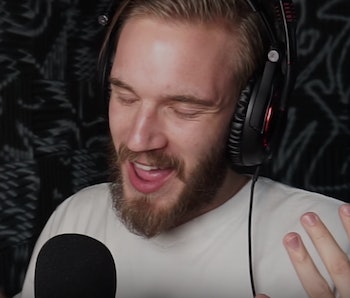 Amazon announced a video streaming service today that aims to offer content creators something YouTube doesn’t, which it hopes will draw quality producers to the new streaming platform: Monthly bonuses.

The video service, called Amazon Video Direct, and its bonus-paying program called “Stars,” will award bonus checks to the 100 most-viewed videos on AVD. Each month, extra money will be delivered from a $1 million fund on top of the per-view revenue each creator earns.

Much has been made of the “YouTube star,” with top personalities on the Alphabet-owned platform boasting subscriber numbers of more than 44 million and some even interviewing President Barack Obama. Now, Amazon appears to be going after that market to make its own Amazon Stars.

“It’s an amazing time to be a content creator,” said Jim Freeman, Vice President of Amazon Video, in a statement issued this morning. “There are more options for distribution than ever before and with Amazon Video Direct, for the first time, there’s a self-service option for video providers to get their content into a premium streaming subscription service. We’re excited to make it even easier for content creators to find an audience, and for that audience to find great content.”

Amazon Video Direct starts today in the United States, United Kingdom, Germany, Austria, and Japan, and the Stars bonus payouts begin in June. All video producers earn royalties based on the minutes streamed, and each video producer is automatically enrolled in the Stars program.

Independent content producers will be directly competing with established companies for the bonus payout money. Every provider that has an Amazon account, agrees to the AVD standard agreement, and meets Prime Video’s requirements are treated equally, no matter the size.

“Each month we will look at the Top 100 titles based on global customer engagement published through AVD into Prime Video and proportionately award the $1 million dollar bonus fund to the providers representing these titles,” Rena Lunak, an Amazon spokesperson, tells Inverse. “Any video published through Amazon Video Direct with an active Prime offer will have the potential to earn a bonus. There is no limit on how many titles can be published to earn from the pool.”

The top YouTube video stars like PewDiePie (who has more than 44 million subscribers) would be able to contend with established video producers, but less popular producers might have a hard time matching up to big budgets.

YouTube currently has the streaming video producer market cornered. But YouTubes “bonuses” are in the line of fancy (read: useless) jewelry called “Creator Rewards. The rewards are simply silver, gold, and diamond play buttons shipped the video producer’s home for getting 100,000, 1 million, and 10 million subscribers. The AVD Stars program could be the incentive it takes for them to transition.

If YouTube stars like PewDiePie decide to move over and they can convert their YouTube audience into an AVD audience, however, the money will flow their way.

More like this
Innovation
8.5.2022 11:00 AM
Alexa could diagnose Alzheimer’s and other brain conditions — should it?
By Joanna Thompson
Innovation
7.29.2022 2:00 PM
Amazon's new invention could let you “speak” to the dead — but should it?
By Sofia Quaglia
Innovation
7 hours ago
Scientists at CERN have discovered too many particles for physics to keep up
By Harry Cliff, Tim Gershon and The Conversation
Share: