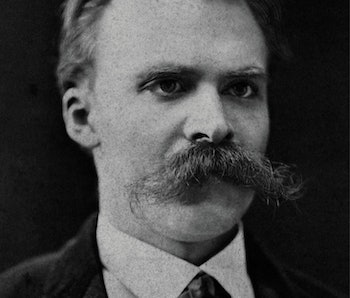 Reading on digital surfaces causes people to draw fewer broad conclusions about what they’re reading than those who read the same material in print, a new study out of Dartmouth College found. While the participants reported stronger retention of details while reading on digital surfaces than when reading on print, the inability to think abstractly about the implications of those facts may bode poorly for our success as a species. It’s just this kind of shortsighted thinking that leads people to remember that one study that said chocolate is healthy or to think it’s just a matter of time until someone invades Russia and actually wins.

“The ever-increasing demands of multitasking, divided attention, and information overload that individuals encounter in their use of digital technologies may cause them to retreat’ to the less cognitively-demanding lower end of the concrete-abstract continuum,” the researchers wrote.

In the study, participants filled in forms, read short stories, and studied car models using either digital or print texts. Participants who, for example, read the short stories on paper reported better understanding of the themes of the reading, while those who read digitally recalled the points of the narratives with greater clarity. In addition, when asked to evaluate cars, 66 percent of print readers managed to identify the best car compared with 44 percent of digital readers.

“These results are not intended to be an indictment of digital technology and its impact on cognition,” the researchers wrote. “At the same time, if the increasing accessibility and ubiquity of digital technologies is causing a shift, it is important to consider the ramifications of this trend.”

The researchers didn’t go into details on the study’s implications, but it’s fair to say that students may be one group particularly affected by the difference. The findings may count as a shot against reading those assigned writings by Friedrich Nietzsche on an iPad or Kindle, no matter how much you prefer the backlit screen or easy highlighting. On the other hand, textbook manufacturers may appreciate the factual advantages offered by digital reading.

Now, remember, you should never draw any broad conclusions from a single study, but luckily, since you’re reading this on a computer or a phone, you probably couldn’t anyway.