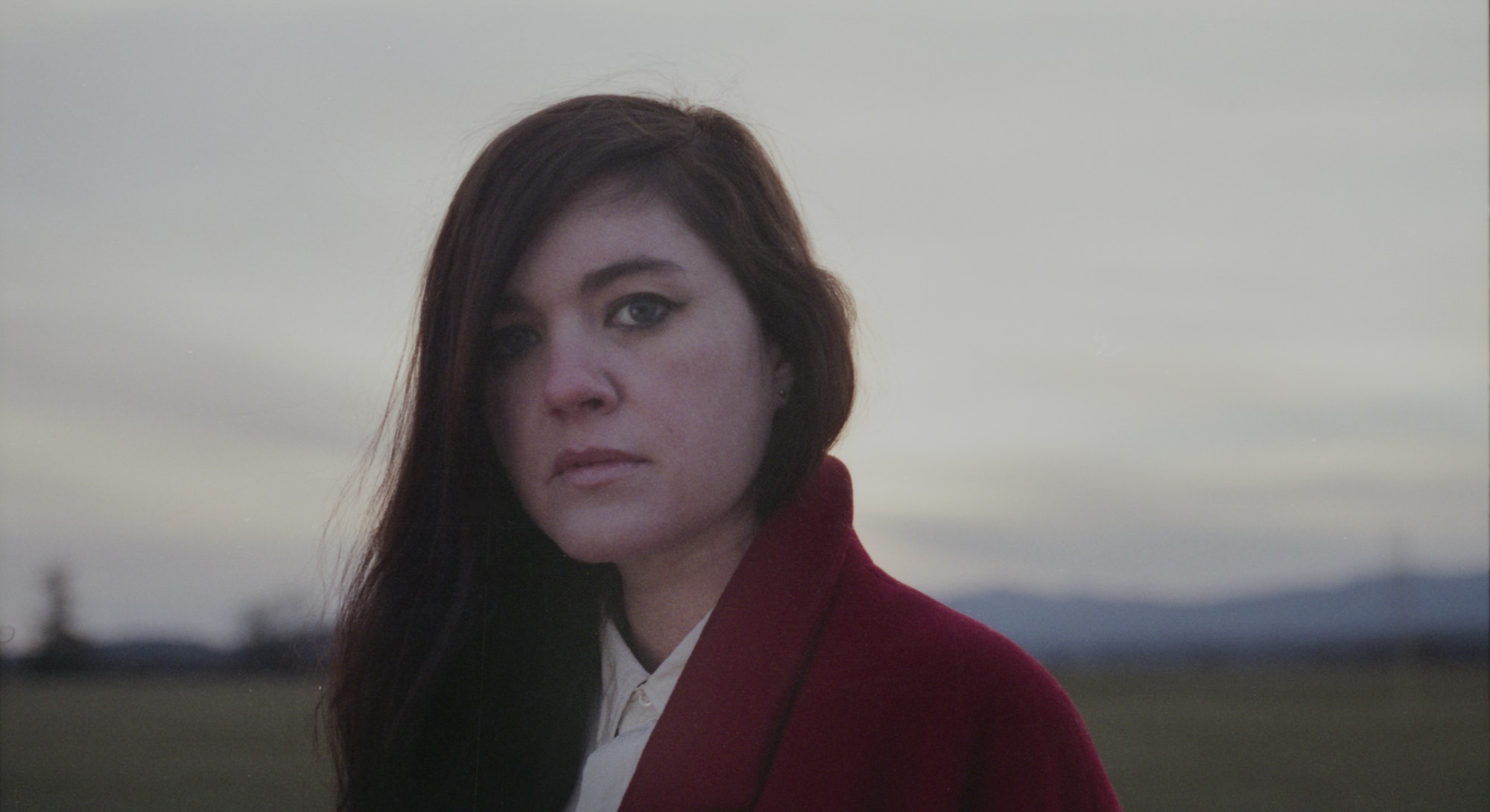 Last month, indie-electronic artist Julianna Barwick played music from her new album, Will, alongside a projection of a new film made by the NYC-based painter Andrew Brandt. The “visual concert” — part of a series of multimedia presentations at Manhattan’s Museum of Modern Art — superimposed time-lapse, distorted images of mold, oil, a chia pet, and Epsom salts over still images of different rooms at MoMA. Tar poured over a shot of the theater where the audience was sitting; thanks to a green screen, a stack of impressionist paintings like “Water Lillies” burned away, one by one, into piles of ashes.

The meta overtones of the presentation felt overbaked, but the more abstract moments were captivating — even hypnotic. Brandt’s color-inverted fungi and tidepools of viscous liquid seethed and expand along with Barwick’s wordless sound collage. Amazingly, the two artists hadn’t developed the presentation together (beyond a phone call), which is in keeping with how Barwick does business; like her previous ones, her latest album, Will, was “made on the fly, as usual,” she says.

While Will drifts away from the hazy Americana vistas of her earlier work, it retains the gauzy, tuneful sound which has attracted so many to her catalogue, and helped, among other things, her past two albums — The Magic Place and Nepenthe — hit the Top 5 on the New Age charts. Barwick’s music could not be served to restaurants as muzak, and wouldn’t come up as “Recommended” after Yanni’s newest release on Spotify. But the impressions it creates — while eschewing organized song form and heavy rhythm tracks — recalls the genre. Her music is not innocuous; but it’s hard to conceive of a listener who wouldn’t find it at least pleasant, or hopefully beautiful.

Its undeniable pull has endeared Barwick to various musical fanbases, from classical music to pop, as well as other established artists who inhabit very different worlds. Today, she’s as at home doing a multimedia one-off at the MoMA as she is performing on the Red Stage at the Pitchfork Music Festival. She’s worked with Diplo, toured with Sigur Rós, and Radiohead commissioned her for an In Rainbows remix in 2011. She’s dabbled in branded commissions: Her last project, 2014’s Rosabi EP, was an unlikely collaboration with Dogfish Head Brewery, giving new meaning to the phrase “heady.”

These sorts of opportunities seem to just fall into place for Barwick. When Moog called her to demo the Mother, she went to North Carolina to do it, and later did a residency. She had time to visit friends in Lisbon, and decided to make some music there too. Before she knew it, Barwick had a collection on her hands. The end result, Will, is the most stylistically diverse release of her career.

The new directions son the album came were a few bullet points on a musical wishlist. “I just wanted to mess around with synth-y sounds and low end,” she explains. Barwick doesn’t pretend that her process is something more mystical than sitting down and futzing with equipment. She started almost all the songs with one kind of basic element, and “everything else was kind of just built up on top of that,” she explains.

The structure of her music reflects, and benefits from, her spontaneous approach. Her compositions evoke natural processes, like the slackening rhythm of breath as one falls asleep. There’s also a fundamental porousness to them: On a subway ride in Barwick’s NYC home, her albums — all hazy, upper-range chiaroscuro — function like an aural canopy. The subterranean din becomes an additional instrument, neither necessary or destructive. This is music that provides a lot of space: imposing nothing on the listener, filling whatever role it needs to.

Unlike pioneering avant-garde artists whose work these descriptions might also fit — in particular, Brian Eno or John Cage — Barwick doesn’t accept rigid philosophies about music creation, or impose creative limitations on herself. With the music on Will, the “experimental artist” tag fits Barwick worse than ever before.

“I wanted [the album] to be not as serious. A lot of the music I listen to is actually fun,” she says.

For her, the dream-pop of Baltimore duo Beach House and L.A. singer/songwriter Julia Holter falls into this category, both acts who have garnered their own Enya comparisons. However, she also cites the faded synth textures and production on Justin Bieber’s Purpose as a recent fixation. Ethereal textures that could have been ripped from a Vangelis record are threaded throughout pop music these days: from Bieber, to indie-pop, to hip-hop, from Drake’s latest album to Post Malone, Bieber’s divisive tour-mate.

Barwick’s best music creates an aura around her person, making the vocals sound spectral, unattached. Behind the sheen, however, there is a real person going through a careful, reverent ritual. At the MoMA the clear relationship between the real, live Barwick and the diffuse soundscape was only sometimes visible. She was lit dimly by a spotlight toward the side of the screen; she engaged with the visuals only momentarily, preferring to keep her head down and, sometimes, eyes closed, arms immobile, fingers fixed on the faders of her beloved quartet of compact devices: Boss loop station, keyboard, sampler, pillbox Moog. With their help, she built her slight vocalizations into massive swells. Even if you glimpsed Barwick’s face you couldn’t differentiate between her live voice or its reflection.

Will, like Barwick’s whole catalogue, is grounded in an unshakable passion, which contributes to a timeless and naturalistic quality in the music. It makes as much sense now as it did when she first emerged almost ten years ago. The balance she strikes creatively remains relevant to the future of daring electronics-based music: artists finding ways to draw listeners in and crossover to new audiences without appealing to the dance floor. Artists like Oneohtrix Point Never and Floating Points appealingly evoke ‘80s sci-fi movie soundtracks in their synth-heavy compositions, but for Julianna Barwick (or newer electronic composers like Holly Herndon) the sound of the human voice continues to be the instigating spark — a direct line of communication to the listener.

“But It’s just really thrilling. I love to travel, I love to meet people, I love to be independent. It still works for me.”