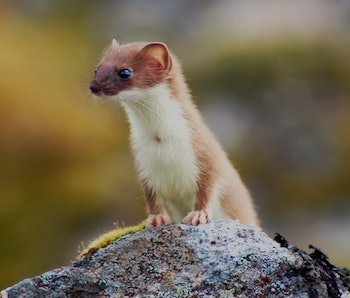 The world’s most powerful and expensive scientific test site, one that researches the very existence of our universe, was just shut down by a weasel.

CERN, the European Organization for Nuclear Research, was forced to stop operation of its $7 billion particle generator that stretches 17 miles in circumference at more than 574 feet below the France-Switzerland border due to a weasel gnawing at some wires.

The rodent caused a short circuit with the transformer when it made its way below to the electrical wiring near Geneva, Switzerland. However, a spokesperson tells the BBC, the weasel did not make it into the tunnels, which could have resulted in a more disastrous situation than a relatively simple electrical mishap.

Unfortunately, the weasel didn’t take well to the electric shock and, like Pauly “The Weasel” Shore’s comedy career, has been pronounced dead.

“We are in the countryside, and of course we have wild animals everywhere,” Arnaud Marsollier, head of CERN press, tells NPR, noting that these sorts of mishaps are not unheard of.

In 2009, a crafty bird dropped a baguette on the collider and shut down operations for nearly a month. This time around, repairs will only take days, but to get the machine back to testing levels, it could take a couple weeks — Marsollier predicted mid-May.

The shutdown took place as the CERN team was prepared to collect data on the Higgs Boson particle, which was discovered through tests conducted by the Large Hadron Collider in 2012. François Englert and Peter Higgs were awarded the Nobel prize in physics in 2013 “for the theoretical discovery of a mechanism that contributes to our understanding of the origin of mass of subatomic particles, and which recently was confirmed through the discovery of the predicted fundamental particle, by the ATLAS and CMS experiments at CERN’s Large Hadron Collider.”

Further tests at the Large Hadron Collider will help explain the mass and very being of this still mysterious particle.

More like this
Science
8.1.2022 10:30 AM
These 6-million-year-old teeth may be from Europe’s last panda species
By Elana Spivack
Science
7.31.2022 1:00 PM
How do cats co-exist with each other? The answer may lie in their gut
By Tara Yarlagadda
Science
7.30.2022 7:00 PM
The latest deadly threat to polar bears? Your trash
By Thomas Scott Smith and The Conversation
Related Tags
Share: