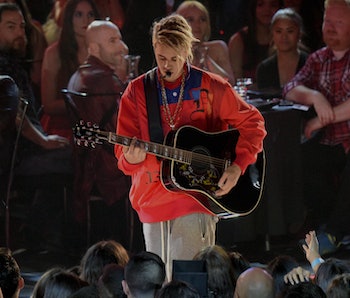 YouTube turns 11 tomorrow, which means it’s now as old as you when you were learning to shave your legs or panicking about voice cracks or something. What began as a modest video-sharing service founded by a trio of former PayPal employees back in 2005 has grown into one of the most influential and recognizable platforms in the world. It gave us Justin Bieber, but we can forgive such transgressions in light of its success as a catalyst for so much social and political change. Today, YouTube is owned by Google and has more than 1 billion users, everyone from teen vloggers to comedians to news organizations to government agencies. Billions of videos are streamed every day.

To honor it on its special day, here are 11 of YouTube’s most important milestones.

1. April 2005: “Me at the zoo” becomes the first video to go up on the site; it is fairly self-explanatory

4. April 2009: YouTube wins a Peabody Award for its outstanding achievements in electronic media

6. Early 2011: YouTube proves instrumental to sharing footage of the Arab Spring move for Democracy in the Middle East and North Africa

7. July 2012: The Olympics are live-streamed for the very first time

8. October 2012: YouTube partners with ABC to live-stream a presidential debate for the first time