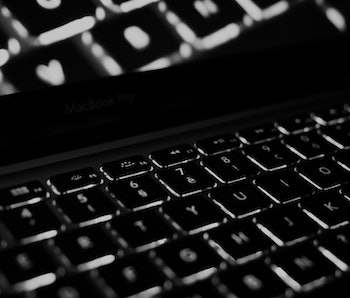 In the increasingly visible battle over privacy on the internet, a dark web tool used to encrypt and make individual connections on the internet less traceable called “Tor” has just reached 1 million users on Facebook.

Alec Muffett, a software engineer for Security Infrastructure at Facebook, said the service reached this milestone after making several improvements in the past two years since opening up to make Tor connections more streamlined on the social network.

In 2014, Muffett and his team made Facebook accessible through the Tor network via the URL “https://facebookcorewwwi.onion.” Since then, it’s opened the platform up to mobile, standardized the “.onion,” domain, and implemented Tor connectivity for the Android mobile app through Orbot connections.

“Over this period, the number of people who access Facebook over Tor has increased. In June 2015, over a typical 30-day period, about 525,000 people would access Facebook over Tor … This number has grown roughly linearly and this month, for the first time, we saw this ‘30 day’ figure exceed 1 million people,” Muffett writes in a Facebook post about the milestone.

While using Facebook over the Tor network does makes the connection from your computer to Facebook’s servers more secure, it doesn’t make users any more anonymous when interacting with commenters who can still see all their regular profile information. The benefit of using Facebook’s .onion address is that you can jump over to read your News Feed in a Tor browser without ever losing the cryptographic protections provided by the Tor cloud.

The Tor service randomly routes internet connections via a worldwide network of volunteer relays, which winds up hiding users’ IP addresses. Traffic to Tor-only sites remains anonymous, and sites, as well as the posts on them, won’t show up in regular internet search results (so long as those sites aren’t mirrored on a regular website, which is what Facebook seems to be doing with its .onion site).

Before the Facebook .onion domain was created, a visit from a Tor user, which could appear to be emanating from an infinite number of locations, would sometimes raise a flag in the social network’s security infrastructure, locking people who liked to use Tor out of their accounts.

Some certainly use Tor and .onion sites for dubious practices, such as online gambling and drugs and arms sales, but there are also some cool sites where those in the cyber security community congregate to discuss topics on politics or just access media without fear of censorship.

Given the natural secrecy of the whole network, not many sites display their traffic numbers even when MIT researchers find a weakness. So, as it’s hard to tell how Facebook stacks up in terms of monthly dark web traffic, 1 million sure sounds like a lot of users – especially for such a little-known network.