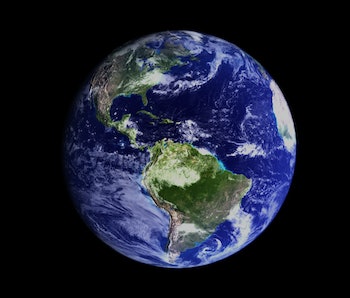 It’s been a rough year for planet Earth. Donald Trump compared climate change to believing the Earth is flat. A 7,200-gallon Mountain Dew spill had to be sucked from sewers. And it’s seemingly not getting much better.

Officially started in 1970 by U.S. Senator from Wisconsin Gaylord Nelson, Earth Day, aka April 22, was started as a grassroots celebration of our planet. “The American people finally had a forum to express its concern about what was happening to the land, rivers, lakes, and air — and they did so with spectacular exuberance,” Nelson once wrote.

With that same spirit, here are six things you, an adult person who can literally do whatever you want, can do to celebrate Mother Earth.

Show your support of science by marching in the March for Science either at the main event in Washington D.C. or at another sanctioned gathering near you (there are more than 500 recognized satellite marches, more than 300 are in the United States). Like to Women’s March on Washington, there will most likely be a large turnout of people peacefully supporting and encouraging progress and scientific endeavors.

2. Hit the Beach While You Can

Hit the beach now, because according to the World Economic Forum, the oceans will have more plastic than fish by 2050. Pacifica Beach Coalition is hosting its 12th annual Earth Day beach party. It’s got everything you could ask for if you live near San Francisco: a beach clean-up, granola bar-making, food, and live traditional Celtic music.

Even if organic wine is partly just a marketing ploy and one of the least-understood by consumers and most taken-advantage-of by shop owners, Earth Day is a great excuse to have a few too many.

Whether in the Nation’s Capital or at the Kennedy Space Center in Florida, both locations will feature plenty of hands-on activities and demonstrations on why the best way the government’s space agency is the best organization to trust about saving the Earth. In Florida, you can do everything from test drive electric cars to learn from “master gardeners and pollinator specialists.” So there’s that.

5. Watch a Science Documentary on Netflix

There’s a wide array of docs at your fingertips. Whether you’re interested in space, physics, or bees, Netflix has something to satiate your science needs.

Remove yourself from junk-mailing lists. We’re talking planet-harming snail mail, not the stuff clogging your email inbox. As prolific as junk email has come, more than 100 million trees are still sawed down just to make the paper for those ads and coupons no one even uses. Earth Day organizers states that the average adult has 41 pounds of junk mail stuffed into their mailbox each year, and 44 percent of that lands in the landfill unopened. Three consumer registries can help you cut down: DMAchoice, CatalogChoice, and 41Pounds.