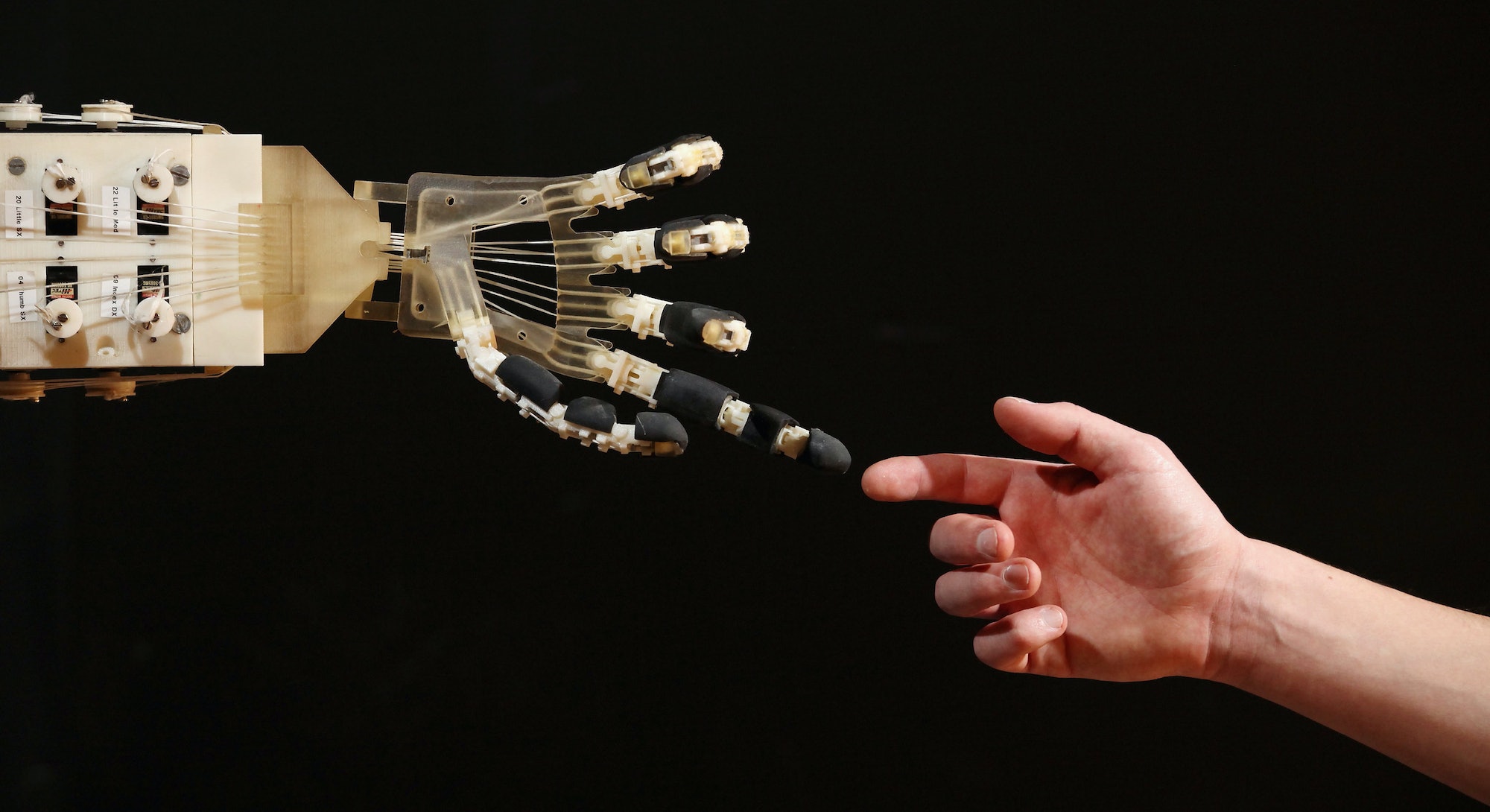 Computers and digital technology have become an essential part of everyday life. But alas, each new gadget and application meant to make life easier seems to make people withdraw into the virtual world even further. A day spent with more screen time than face-to-face time is becoming normal.

To put an end to this trend, we must look to one particular technology: artificial intelligence. This is according to Shaunak Khire, cofounder of an A.I. startup and a member of the Clinton Global Initiative team.

“Ironically,” Khire tells Inverse, “I think that A.I. has the ability to tell the world that you need to be more human again.”

Khire is one of the developers behind an A.I. called “Emma/Mansi.” Emma was launched last year in the financial markets in “stealth mode” (meaning it is being used, but hasn’t had a major release announcement). But beyond what it’s doing for Wall Street, Emma offers a glimpse into how A.I. might affect our lives in the future.

The role of A.I. (or any technology) is to do certain work for humans so that humans can focus on other things. Technological advancement has always had resistance, from the luddites who destroyed cotton mills in 19th century England to modern day people who make things “the old fashioned way.”

But there’s a very real scenario in which technology results in 100 percent unemployment — and that’s not necessarily a bad thing. Americans take fewer vacation days than any other Western nation, and it’s stressing the population to death.

“I think humans will still be needed, I think it’s just what they do will be redefined,” Khire says.

By redefined, Khire refers to a shifting workforce. When technology has killed jobs in the past, that same technology also created more, but different, jobs. Cars, for example, destroyed the horse and buggy market but created an entirely new industry of drivers, manufacturers, etc. But with A.I., new job creation isn’t necessarily a given. The need for work could diminish.

Emma is currently working in the financial market, taking in massive amounts of quantitative and qualitative data about Exchange-Traded Funds (ETFs). With that info, the A.I. can make predictions of which ETFs will be profitable. Emma still needs humans to help teach it particular skill sets, but eventually the technology will be able to function on its own.

Yet the core idea behind Emma isn’t to make human traders obsolete — it’s to cut the busy work. Eventually, Khire wants to apply his A.I. to other industries, like accounting, writing, and even medical diagnosis.

“One of the things I focus on is applied A.I.,” Khire says. “Which industries are going to be the most relevant industries for an A.I. to augment?”

In his vision of the future, lower and mid-level jobs will be done autonomously. Things like data combing, simple medical diagnosis, and physical labor will all be handled by A.I., freeing people up to speak face-to-face. People will be able to interact with actual humans more.

“Work is going to correspond with literally interfacing with humans more,” Khire says. “Human interfacing will be more, and A.I. can’t take over that job. I believe people will have more free time on their hands, and the four work-day week can be a reality.”

So, yes, fears about robots taking all of our jobs are justified. But in a perfect world, this means people will have more free time and more time to focus on tasks that matter.

One of Khire’s hypothetical situations revolves around a Kim Kardashian blogger. It’s the blogger’s job to churn out as much content as possible about every Instagram photo, every tweet, and every outfit change Kim K. makes. Developers can make an A.I. to do that instead, and the blogger could then spend that time on longform stories that take research and human interviews. In other words, A.I. would kill a the low level job and free that person up to do deeper work.

Of course, not everyone will be able to do the higher level work. It’s not an A.I. developer’s job to figure out what those people should be doing, but the basic income is one solution that’s been cooked up.

“In India, parts of Africa, Myanmar, there are people who literally don’t have access to healthcare,” Khire says. “But they do have Facebook and WhatsApp. One way to bring affordable healthcare for them is essentially an A.I.-driven doctor who can give prescriptions and diagnose basic stuff.”

It’s ironic to believe that A.I. will make interpersonal communication cool again. But it’s also not that hard of an idea to get excited about — if people can get over the fear of losing their job, that is.

“In the realm of A.I., even if you have a humanoid, it’s never really going to be able to replace a human in its entirety,” Khire says. The technology will eventually exist for A.I. to run the world itself, but flesh and blood has something A.I. never will: passion. And as Khire says, “you can’t program passion.”