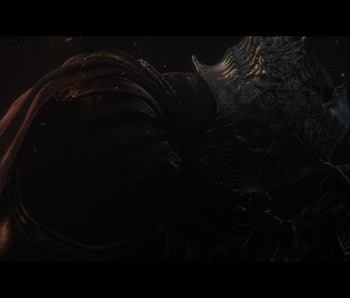 Dark Souls 3 is a phenomenal conclusion to the franchise, adds plenty of new weapons and equipment, and brings some returning favorites back into the light. With the new weapon arts and the addition of the FP system, there’s plenty to love when picking a weapon right for you.

The game’s weapon selection is easily the most varied in the franchise, with many great weapons available to you early on in the game. You’ll also have access to many unique weapons if you trade in boss souls to Ludleth of Courland after giving him the Transposing Kiln, but make sure it’s the item you want because he doesn’t offer refunds.

Here’s some of our favorite weapons from Dark Souls 3 and how you can find them within the game.

The Farron Greatsword is easily one of the most interesting and fun weapons to use within Dark Souls 3. Classified as an Ultra Greatsword, the Farron Greatsword gives the wielder access to a series of sweeping slashes that cascade into a powerful overhead backflip for the final attack. The nice thing about the Farron Greatsword is that this specific move isn’t considered a weapon art, meaning that you can do it as many times as you’d like without exhausting your FP. The greatsword also comes with an off-handed dagger that can be used to parry incoming attacks if timed properly, setting you up for perform a critical hit on your enemy.

In order to obtain this weapon, you’re going to have to progress up to the Abyss Watchers boss fight and defeat them. As a reward, they’ll drop the Soul of the Blood of the Wolf which can be exchanged to Ludleth of Courland for the Farron Greatsword. In order to upgrade this weapon Titanite Scales are required however, which will be difficult to find until later in the game.

The Fume Ultra Greatsword is currently considered to be one of the most powerful weapons in the game. Classified as an Ultra Greatsword, Fume gives the wielder access to heavy slashes and staggering attacks that can punish enemies even if they are behind shields. You’ll also have a weapon art that allows you to stomp down increasing your poise and follow through with a heavy overhead smash. While the base damage of the weapon was recently decreased, it’s still an absolute powerhouse on the battlefield that yields brutal kills when used properly. Plus, it’s a fantastic looking weapon that will easily intimidate invaders.

In order to obtain the Fume Ultra Greatsword, you’ll have to defeat an NPC named Knight Slayer Tsorig. You’ll find him in Smouldering Lake which is an area branching off of the Catacombs of Carthus. From the Demon Ruins bonfire, head down into the giant hallway filled with fire orbs and mobs. At the back of this hallway you’ll find a path filled with rats to the right. Follow this path down into a hallway with a large rat and take the stairway to your right into an area with tree roots. Right before the stairs leading up to a bridge over the lava, take a left and follow the passageway down to find Knight Slayer Tsorig. He hits extremely hard so be careful while dealing with him – I’d recommend a light weapon you’re good at backstabbing with.

The Sunlight Straight Sword is perfect for those of you who are allied with the Warriors of Sunlight or making a sunbro-type build for jolly co-operation in Dark Souls 3. Classified as a longsword, the Sunlight Straight Sword has the same moveset as any regular one-handed sword within the game. That being said, it gives you access to a powerful weapon art called the Oath of Sunlight that increases your damage output (both physical and elemental) while decreasing the damage you take. This buff also applies to allies around you.

In order to obtain the Sunlight Straight Sword, you’ll have to reach Lothric Castle. From the Lothric Castle bonfire head back across the bridge and over to the ledge on your right with a small hole in the battlements. Jump down and immediately enter the small room through the archway directly behind you with a chest inside. Take a swing to wake up the Mimic and defeat it to get the sword.

Easily one of my favorite weapons in the game due to the lore implications behind it, the Wolf Knight’s Greatsword is a powerhouse previously wielded by Artorias the Abysswalker. Originally one of the four knights of Lord Gwyn, Artorias was sent to hold back the inevitable spread of the abyss with his wolf companion Sif. As Artorias was being consumed by the darkness, he used his shield to save Sif’s life – who wields his sword and defends his masters grave. The sword gives you access to a set of heavy attacks like any other greatsword within the game, but the weapon art provides you with a series of moves similar to Artorias. These moves are a low spinning slash with a wide spread to hit multiple targets and a powerful vertical jump that smashes down against targets.

The Wolf Knight’s Greatsword is obtained in the same way as the Farron Greatsword by exchanging the Soul of the Blood of the Wolf with Ludleth of Courland. Only one of the two may be chosen with the ability to unlock the other on subsequent playthroughs.

The Uchigatana is one of Dark Souls 3’s katana-class weapons that features a dangerous moveset in PvP if used properly. Like most katanas, Uchigatana gives you access to a very fast series of sweeping and vertical slashes that build up bleeding damage as you strike continuously. If utilized properly the bleeding damage will build up ending in a burst of damage draining a significant portion of your opponent’s health instantly. Bleeding only applies to certain enemies within the game however. You’ll also gain access to the hold weapon art which allows you to perform a fast lunging slash and a deflecting parry with the strong attack.

Unlike the other weapons on this list, the Uchigatana can be found within the first hour of the game outside of the Firelink Shrine hub area. Move around to the left of the entrance towards the tower – where you’ll find Sword Master Saber who drops the katana. He’s a difficult enemy to face at the beginning of the game due to his high damage output, but you can easily take him out with a few dozen arrows and a bow.

More like this
Gaming
8.14.2022 3:00 PM
You need to play the most exhilarating free game on Nintendo Switch Online ASAP
By David Grossman
Gaming
8.10.2022 5:30 PM
Forspoken's latest trailer is so bad that it became a meme in seconds
By Willa Rowe
Gaming
8.9.2022 6:15 PM
Guilty Gear Strive just made its new DLC fighter a queer icon overnight
By Jess Reyes
Related Tags
Share: