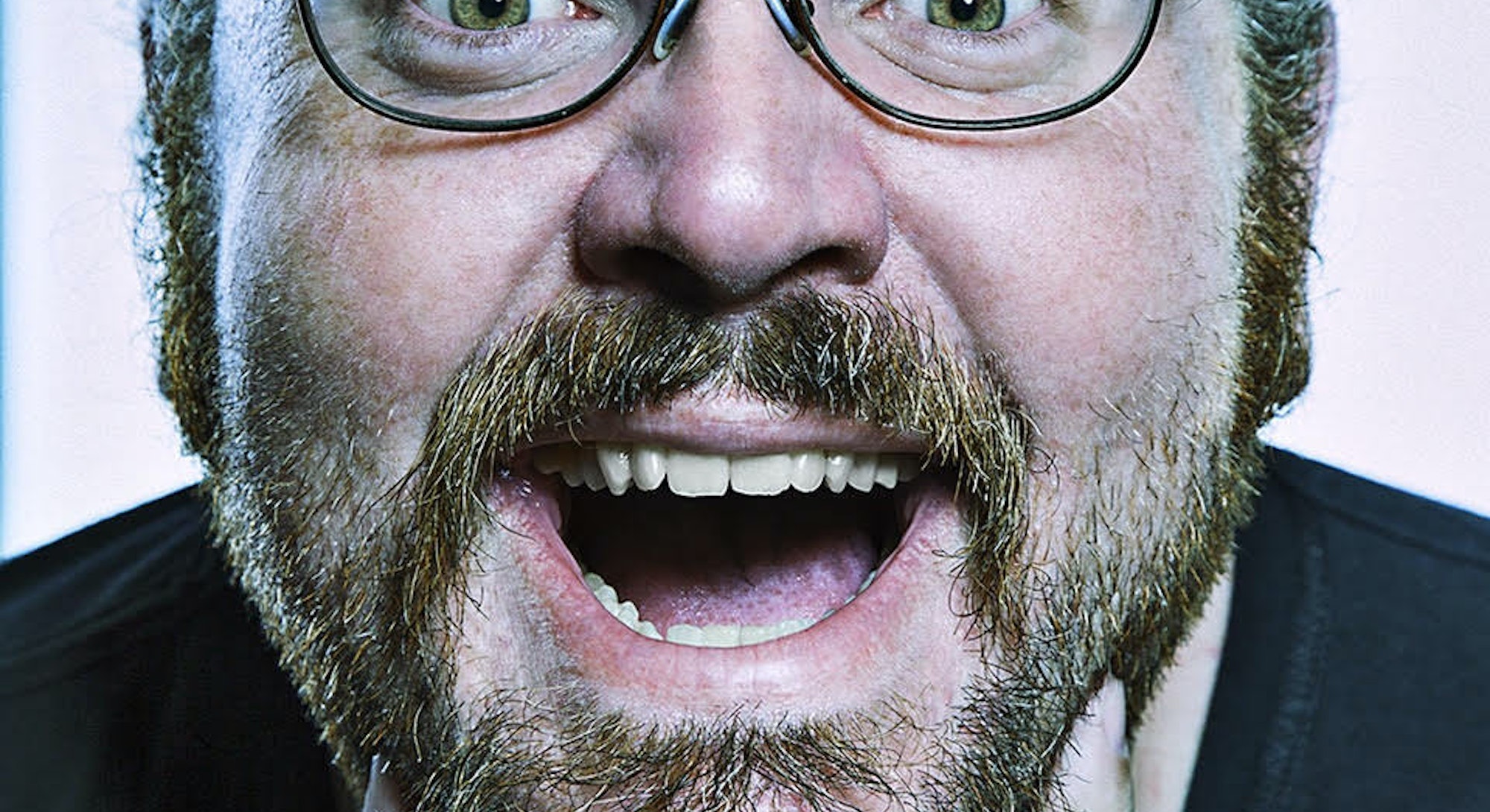 Jon Schnepp is the Godfather of weird animation. He’s been behind several decades of big projects and smaller delights, leading all the way back to Space Ghost: Coast To Coast.

Recently, he’s become a prominent critical nerd-voice on Collider’s chat show, and he directed last year’s documentary on the failed Nic Cage Superman film. Today, we talk to him about Adult Swim’s fax machine promotion to bring back Metalocalypse and his new Kickstarter for a documentary on Sweaty Nerds.

Jon, you’ve been having a hell of a year. You released the Superman documentary that you spent the last few years working on. What’s the reception been like? What are the best stories from fans / people involved?

It’s been a truly great year for The Death of ‘Superman Lives; What Happened? My producing partner, Holly Payne, and I really worked very hard to get this film finished, and we toured around the globe with the film, from London to Australia, and the reception has been amazing.

We got incredible critical praise (Rotten Tomatoes 92%) and fans have told us they love the film and repeatedly re-watch the film. We were just invited to be special guests at this years Superman Celebration in Metropolis, Il. this coming June. We licensed the film to be shown on Showtime Networks, and we have the movie and all the 8+ hours of extras available to rent or digital download at our site.

You’re on Collider Movie Talk now. As someone who has been behind the scenes for years, what is it like to be an on screen personality and critic on such regular schedule now? What’s the angle you bring to the show?

I started doing the show four years ago when it was called AMC “For Your Consideration”. They had 15,000 views per month. Since I became a regular, we now have over 10 million views per month. Coincidence?

In all seriousness, I did that first show because I have a ton of deep comics knowledge, and no one knew what the Guardians of the Galaxy was, so I was a guest to explain that movie announcement to the general public. I was asked back multiple times, and I really enjoyed discussing movies, new releases, and upcoming features.

I guess the strangest thing is being recognized all over the globe, from a lunch in Sydney, to walking the streets of LA, and hearing someone yell “Schnepp! I love doing the show, especially my own show called “Collider Heroes”, because I get to share comic books and graphic novels that I think people should be reading or should have read. I get the most personal satisfaction when people tweet me an image of a book I recommended that they got and absolutely love. That makes it all worth it for me.

You’ve been pushing this “Sweaty Nerd” persona for a while now, and this new Kickstarter is try to do… what? Take something back? Promote a positivity?

Having been a “Sweaty Nerd” my whole life, I found that the increasing lack of comic book readers has been having an exponential result in comic book stores not doing so well. We have all watched the many many bookstores closedown with the advent of amazon and other online shops, so I looked into the future and didn’t like what I saw.

If we don’t get people actively going to comic book stores, and creating a thriving community that is bound by the mutual love of the combination of art and writing, than these stores will cease to exist. The “nostalgia” won’t be around to hit the youth of today, and comics with die with that.

I want to unite the comics community, and get a global awareness of how important comic book stores are to our culture. I’m raising money on Kickstarter right now, I’m in my last two days of crowdfunding, and need every comic fan, nerd, geek, and sweaty to pitch in and help me get this film funded.

As the director behind a majority of Metalocalypse, I imagine someone told you about the fax machine they’ve been running all week as a promotion to bring the show back. How do you think the show should end?

Having designed the Dethklok characters, and helped birth the series, I like the fax machine joke very much, and how Adult Swim is totally giving the finger to everyone with their pretend fax voting. Very Adult Swimmy thing to do.

I like to go with an old premise that Tommy Blacha and I worked out: Dethklok is immortal, they survive several assassinations, and create the devastating Metalocalypse, watching everything die, until everything on Earth is dead. They still exist, and are narcissistically bored. They watch as the entire world is reborn, with brand new dinosaurs striding past them. They are bored being gods, and all of them walk into the worlds largest volcano. Nathan steps into a tyrannosaurus’ mouth, and they both walk into the volcano. The end.

Way, way back you directed the Upright Citizen’s Brigade TV pilot. Now those comedy nerds have launched a thousand ships, in terms of shows and IP and even a new network. When you were working with them on that first pilot, did this modern success seem unavoidable or is this a delightful surprise?

I met Del Close in 1991 in Chicago, after he read a scifi comedy script I cowrote called Mad Science. I ended up making this as three crazy episodes, and Del helped me cast Matt Besser and Ian Roberts. Those two later hired me to design their UCB inner sanctum, and then to direct their pilot for Comedy Central.

It’s been great to see the UCB flourish, and I’m proud to be a part of their origin. To see the comedy empire that has grown from their classes and their influence is truly astonishing. As a side note, I’m going to finally release Mad Science this year, for its 25th anniversary.

What does it take to be a Sweaty Nerd? Do I have it in me?

You do have it in you, as we all do. We are all Sweaty Nerds, because when you talk about something that you love with someone else who loves or even likes the same thing, you start to talk faster, your mind races, and your brow fills with sweat. This is called getting sweaty, or being a sweaty nerd. We are all sweaties. I coined this phrase from going to so many comic cons and getting sweaty with my brethren. Now let’s get sweaty!