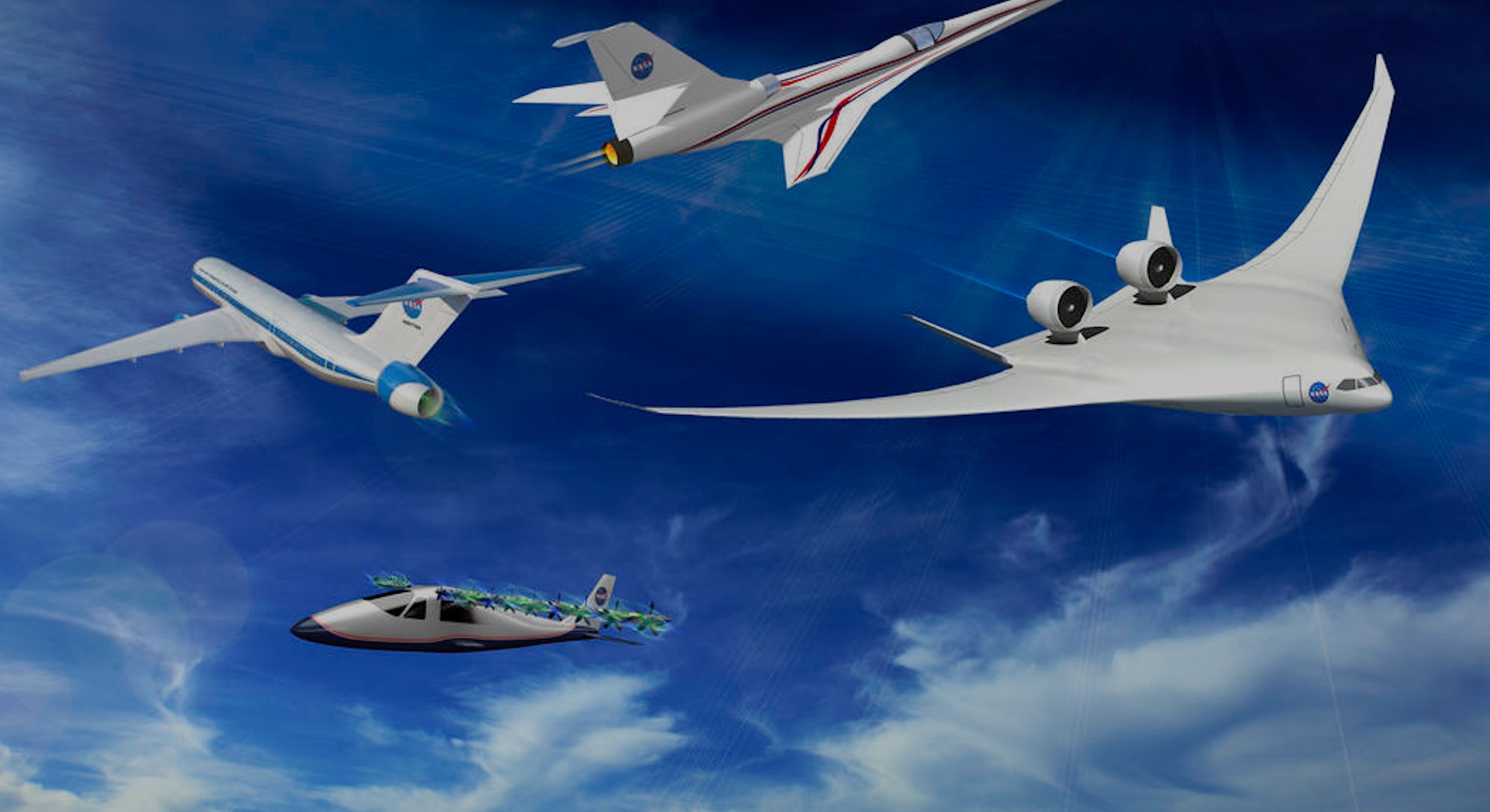 The technology to fly a passenger from New York to London in three and a half hours has existed for some time now in the now-defunct Concorde, but it’s the dream of a two-hour flight from New York to Los Angeles that has manufacturers from Lockheed Martin turning to Boom, backed by Virgin Group, interested in supersonic travel once again.

To make that dream a reality, they need a much quieter aircraft that can comply with FAA regulation.

For those who have never heard a sonic boom before, Peter Coen, NASA’s Supersonic Technology project manager, describes it in colorful language: Like flying through a thunderstorm in a plane when the lighting and thunder strike at the same time — right outside your window.

If hundreds or thousands of these planes took to the skies, it’s easy to see how it could be disturbing to residents on the ground as they’re pelted with multiple loud thunder shocks on a clear sunny day.

“The most popular misconception about a sonic boom is that it happens just once,” Coen tells Inverse. “Over the years what’s developed as the key to eliminating the boom and turning it into something more like a ‘bump’ or a ‘whoosh,’ you have to design the airplane so that all those shockwaves along the airplane are carefully controlled. So what happens is (the shockwaves) are still present but they don’t coalesce.”

But it’s not a simple task. Coen says the team focuses on three major problems with supersonic travel that have to be addressed before these planes can take to the skies: takeoff and landing, dampening the boom, and controlling emissions.

These crafts aren’t just loud in the air, during takeoff and landing the engines are also incredibly loud due to high jet velocity.

Coen says plane engines evolved from relatively inefficient turbo jets to fan engines that didn’t burn as much fuel and as a result got a little quieter. But because supersonic jets require so much thrust to get up to speed, their engines have gotten louder and highly disruptive to residents and consumers close in airports where they constantly have to deal with planes coming in and out of airports.

A supersonic boom is caused by molecules that are startled by the fast-moving presence of a plane that wasn’t there just seconds ago, and it causes a loud shockwave to spread. The challenge for the team is not to eliminate those shockwaves but to actually turn one big boom into many more smaller booms, that in the aggregate come out to a quieter “thump.”

Most of this is done through the design of the aircraft. Illustrated models from Lockheed Martin and NASA show planes with super pointy sword shark-like noses that could better distribute the shock of the airflow as it cuts through the sky.

“At the time, designing the shape of the (Concorde) was designed to produce minimum drag — not necessarily minimum shockwave disturbance, although the two go hand-in-hand a little bit,” Coen says. “Now, they’re more slender, they’re longer instead of being circular, and they might have more of a triangular shape,” adding that the wings and tail take more of a design cue from military craft.

As the air moves along the aircraft from the pointy nose to the tail, more molecules need to get out of the way. The point of greatest resistance is when those molecules hit the propulsion system and have the greatest possibility of causing a sonic boom.

Coen says one of the designs aims to place the engines on top of the fuselage, which would still be loud but redirect the sound upward and away from the people on the ground who would be disturbed by it.

Since shockwaves travel in three dimensions, a combination of dampening and redirecting will have to be done to quiet the vehicle.

It’s not that supersonic jets necessarily give off more exhaust than subsonic jets, it’s that they fly higher and pump those same emissions higher into the ozone layer.

Lockheed Martin is working with a design that only cracks speeds of mach 1.7, which is slower than the Concorde’s top speed of mach two or twice the speed of sound.

Coen says not only does the slower speed make it easier to control the boom, but the faster the plane moves, the higher altitude it has to fly, some even cutting through the stratosphere. So by slowing things down just a smidge, Lockheed Martin hopes to reduce those emissions and its boom effect.

If these three problems can be solved, NASA says it expects commercial supersonic flight could be a reality by 2030.

“The airlines aren’t going to pay extra for a high-speed airplane that they can’t use on high-speed on all their roots, Coen says “If the technologies that work to prevent sonic booms are proven effective, then the market begins to open.”