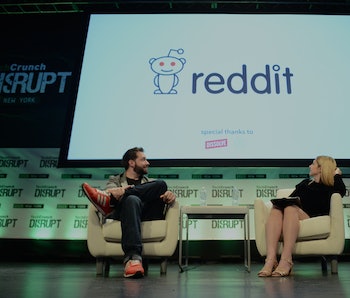 Apple shocked app developers Monday when, without warning, it removed third-party Reddit apps from the App Store for violating a rule about pornography. After developers changed their apps to comply with the rules, Apple let them back on the store, but the experience has left app makers angry.

“This policy is inconsistent, confusing, and even with my app back on the store I’m not sure I understand why this happened,” Reddit user 5555, developer of the Narwhal app, tells Inverse.

The notice was vague, but the issue seems to be that these apps had settings surrounding the display of not safe for work (NSFW) content. Apple told developers their app violated section 18.2 of the App Store rules. Reddit hosts a range of pornographic subreddits, but users need to know their names in order to access them.

“At first I thought it was only my app, but when I browsed Reddit and saw Narwhal and other apps were pulled too, I knew it was more than just some trigger-happy reviewer pulling my app,” 5555 says. “[Apple was] relatively quick to respond, but vague in describing what the actual issue was or how I could fix it to get my app back on the store.”

The Antenna developers received a message from Apple that they posted on its app’s dedicated subreddit. “We are writing to notify you that your app has been removed from the App Store because it contains a mechanism to enable or disable Not Safe For Work (NSFW) content, including pornographic content,” it read.

In Antenna’s case, it already hides NSFW content from users that aren’t logged in. To comply with App Store regulations, Antenna removed a toggle that let users see image previews of NSFW content in the subreddit listing view. This does not stop a logged-in user from accessing NSFW content, but it does remove all references to NSFW content from the app.

Unfortunately, while the makers of the official Reddit client were told their app violated guidelines, giving them time to comply and avoid having their app pulled, nobody else was given such courtesy.

“We were asked to update our apps (AB and Reddit Official) to remove the ‘Safe for Work Browsing’ toggle,” Reddit administrator ggAlex wrote in a thread. “We were not informed that Apple would be removing other apps. We were very upset to see that they did.”

Apple did not respond with comment on the perceived preferential treatment when Inverse reached out.

It’s not the first time this has happened, either. “My app Antenna has been rejected multiple times due to the ambiguity of the rule 18.2,” says user amleszk in a thread. “It would be great if there were a way to reliably keep it from hampering future releases.”

The experience has left a bitter taste in developers’ mouths. “Developers spend many, many hours making apps,” 5555 says. “Having your hard work pulled like this with no warning is frustrating to say the least. How does a developer know if they’ll cross some invisible line again in the future, especially when that line keeps moving?”

More like this
Gear
4 hours ago
iPhone 14 Plus review: A nice big screen without any 14 Pro Max extras
By Raymond Wong
Innovation
Sep. 25, 2022
The 5 best iPad styluses
By Claire Epting
Innovation
21 hours ago
Worm spit could be a secret cure to the world's plastic problem
By Molly Glick
Related Tags
Share: