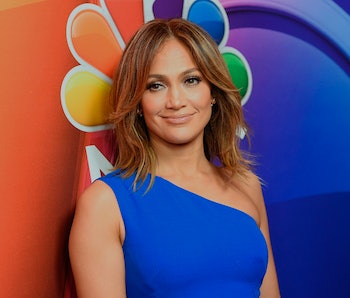 Did she think this was going to go unnoticed –– or wouldn’t spark immediate outrage? Jennifer Lopez released her single “Ain’t Your Mama,” the kind of summer-ready track with a fierce drum beat that summons the approaching heat. It’s a female empowerment anthem, a kiss-off to antiquated make-me-a-sandwich culture and boyish men, two facets of sexism that we’d like to think have long disappeared, but remain deeply ingrained in society. “I ain’t gonna be cooking all day, I ain’t your mama/ I ain’t gonna do your laundry I ain’t your mama.” Sounds pretty hot so far, right? Think again. Dr. Luke is the producer behind this inconceivably idiotic move.

Leading women in music like Lady Gaga and Adele have raised their voices in solidarity with Kesha, as the pop star chugs forward in a legal battle against Dr. Luke, who she says sexually abused her multiple times during the course of her career. Whether other prominent pop stars truly believe Kesha’s claims is less important than affirming that her voice matters. Kesha’s specific claims are definitely horrific, but they’re indicative of something much bigger and insidious in the music industry: the power men wield over women is smothering and unreasonable. Dr. Luke should not be getting work right now, especially from women.

The fact that Dr. Luke is working at all is despicable, but the blatantly feminist subject matter of this song makes the single an unthinkable disgrace. Dr. Luke’s production on a song about female empowerment strips the song of its bold message entirely — and is an incredibly embarrassing move for Lopez. Not only does it say that Kesha’s voice hasn’t been heard, it says her cries have been flagrantly ignored. If it was really her wish to work with Dr. Luke, she at least could have made a song about the club or summer time, not one with an explicitly feminist message. (Another peculiarity of this song: it’s co-written by Megan Trainor). But she went there, and there’s no turning back. What the fuck, J. Lo?

More like this
Culture
Oct. 4, 2022
You need to watch Spielberg’s most divisive sci-fi movie on Amazon Prime ASAP
By Robin Bea
Culture
Oct. 3, 2022
Netflix has the perfect sci-fi thriller to kick off your spooky season
By Jake Kleinman
Culture
Oct. 2, 2022
Rings of Power's biggest weakness makes it the anti-Game of Thrones
By Jake Kleinman
Share: