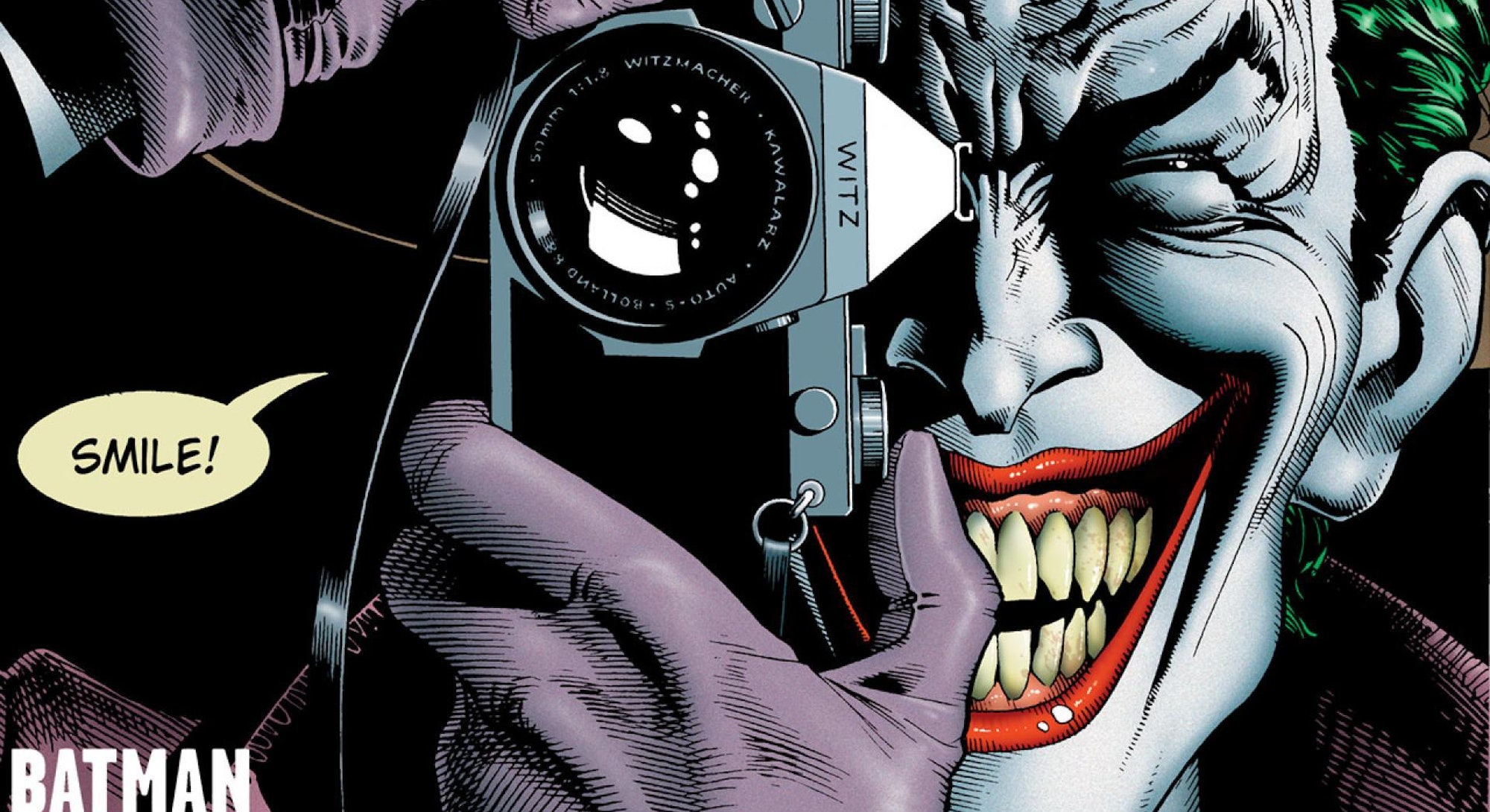 Batman: The Killing Joke is a one-shot graphic novel written by Alan Moore and illustrated by Brian Bolland. It will finally be released as a DC animated film this year. Since the comic’s release in 1988, The Killing Joke remains one of the most popular, divisive, and important stories in the Batman canon, and the people have long been clamoring for this adaptation.

This story is so widely beloved that the film brought back Mark Hamill and Kevin Conroy, the voice actors of the Joker and Batman, respectively, to reprise their roles as the clown prince of crime and the dark knight. Hamill retired as the Joker years ago, but as he told the press, a Killing Joke film was the only Joker project he’d return for. It’s safe to say The Killing Joke is very important to both Batman fans and creators alike.

What Happens in ‘The Killing Joke’?

The Killing Joke begins with flashbacks to a struggling stand-up comedian. Unable to support his pregnant wife with comedy shows, he joins a heist on a chemical engineering plant. In a cruel twist, the comedian learns on the very day of the heist that his wife has died in an accident. Forced to continue the crime anyway, the comedian arrives at the chemical plant only to be pursued by the police and Batman. To escape, he jumps into a vat of chemicals. With his wife dead and his appearance marred by the fall, the comedian emerges from a river of toxic sewage, reborn inside and out as the Joker.

Much later, the Joker arrives at Commissioner Gordon’s house after escaping Arkham Asylum. The commissioner’s daughter — Barbara Gordon, a.k.a. Batgirl — opens the door and is shot in the stomach, while her father is beaten by the Joker’s thugs. The Joker then tortures Gordon, showing him pictures of his dying, scantily-clad daughter. All the while, the Joker is explaining to Gordon how all it takes is a single bad day to lose one’s mind. It happened to the Joker, and he intends for it to happen to Gordon. Of course, Batman shows up to save the day.

The novel ends with an ambiguous panel, as Batman possibly kills the Joker.

Along with Batman: Year One and The Dark Knight Returns, The Killing Joke is regarded as a foundation for the modern approach to Batman stories. These novels helped establish Gotham as a darker, more dangerous city, compared to other DC comics. The Killing Joke’s realistic depiction, of gory content, made it a memorable narrative. But that said, Moore’s use of psycho-sexual violence has also made it one of the more controversial Batman stories.

Originally designed as a potentially non-canon story, The Killing Joke created serious consequences in the Batman universe. It established the Joker as not only a clownish villain, but a philosophical opposite to Batman. The story reaffirmed the notion that Batman, himself, is perhaps insane after seeing his parents’ death — the two characters only differ in how they chose to channel their psychosis. One being the hero, the other a villain.

In films The Killing Joke influences nearly every cinematic version of the Joker, from Tim Burton’s to Christopher Nolan’s. If you were one of the many who watched and loved Nolan’s The Dark Knight, you’ll already have an appreciation for The Killing Joke’s importance. In that film, The Joker, as played by the late Heath Ledger, explained the hazy origin of his scars several times. He also subjected Aaron Eckhart’s Harvey Dent to a similar form of mental anguish, turning him into Two-Face. The Joker’s use of his ambiguous origins, and his co-option of a “good” Gotham citizen as a madman, are both plots lifted from the graphic novel. Ledger specifically cited the novel as influence for the role, one that would posthumously earn him an Academy Award for Best Supporting Actor.

In other media, video game developer Rocksteady’s entire Arkham series of games (starting with Batman Arkham Asylum) occurs in a post-Killing Joke universe; and references to the the novel are littered throughout the game. The series’ conclusion, Arkham Knight even features a re-telling of The Killing Joke in-game.

‘The Killing Joke’ and Batgirl

Perhaps even more importantly, the story forever changed the course of Barbara Gordon’s narrative. Paralyzed by the attack, Barbara was forced to sacrifice Batgirl for her role as Oracle, a wheelchair-bound heroine aiding Batman from the sidelines. She wouldn’t become Batgirl again until a reboot of her character in the New 52 relaunch of DC comics in 2011. Even now, current issues like the wildly popular Cameron Stewart, Brandon Fletcher, and Babs Tarr run of the series, still recall the 1988 graphic novel.

The Killing Joke’s treatment of Batgirl remains its most contentious feature; the sexual violence against Barbara Gordon has been deemed excessively sadistic. Even after Gordon’s triumphant return as Batgirl nearly 30 years later, a variant cover of her comic depicted the current Batgirl ensnared by the Joker (in an homage to the original novel), leaving many fans rightfully upset.

The current run of Batgirl has the extra burden of literally rehabilitating the character after years being relegated to the sidelines, in the wake of Killing Joke. To reference the comic event that derailed the character of Barbara Gordon in a suggested to fans that comic creators might never move past the overbearing sadism inflicted against Barbara.

The cast and crew of the new Killing Joke animated film recently went behind the scenes to discuss the novel’s legacy. The story is admired for its darkness but also its sophistication — and how contemporary the tone remains. The crew has also decided to expand Batgirl’s role in the new film, perhaps as a response to her treatment in the original story, but looks to retain all the emotional, physical, and psychological consequences of the original story. The crew promises that this film will retain all that made the original graphic novel so striking, and likely the most twisted Joker yet. For fans, it will be thrilling to see the story finally get the cinematic treatment it so deserves this year.