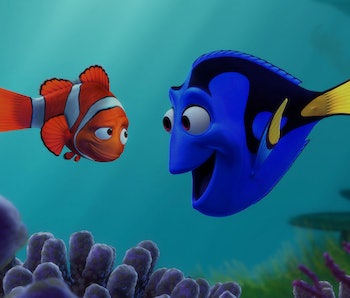 It’s been almost three years since Finding Dory, the sequel to 2003’s Oscar-winning Finding Nemo, was announced. Directed by Finding Nemo and WALL·E director Andrew Stanton, Finding Dory will follow Dory as she embarks on a journey to find her family after she suddenly remembers that they exist. Now we get a more detailed taste of what the highly-anticipate sequel will be like: Disney Pixar has announced the full character and voice roster for Finding Dory, including the new voice of little Nemo.

Hayden Rolance has been tapped to voice Nemo since the original voice actor, Alexander Gould, has grown into adulthood since 2003, and the movie is set shortly after the original. But the film does return several favorites: Ellen Degeneres will return as the beloved blue fish Dory who suffers from an endearing case of short-term memory loss, while Albert Brooks is back to voice the character of Marlin, Nemo’s father, who spent the entirety of the first movie looking for his lost son.

Newcomers include Diane Keaton and Eugene Levy, who will voice Dory’s parents, Jenny and Charlie. Idris Elba and Dominic West have been recruited to voice Fluke and Rudder, a pair of sea lions. Bill Hader and Kate McKinnon will also have voiceovers in the upcoming sequel, which is out nationwide on June 17, 2016.