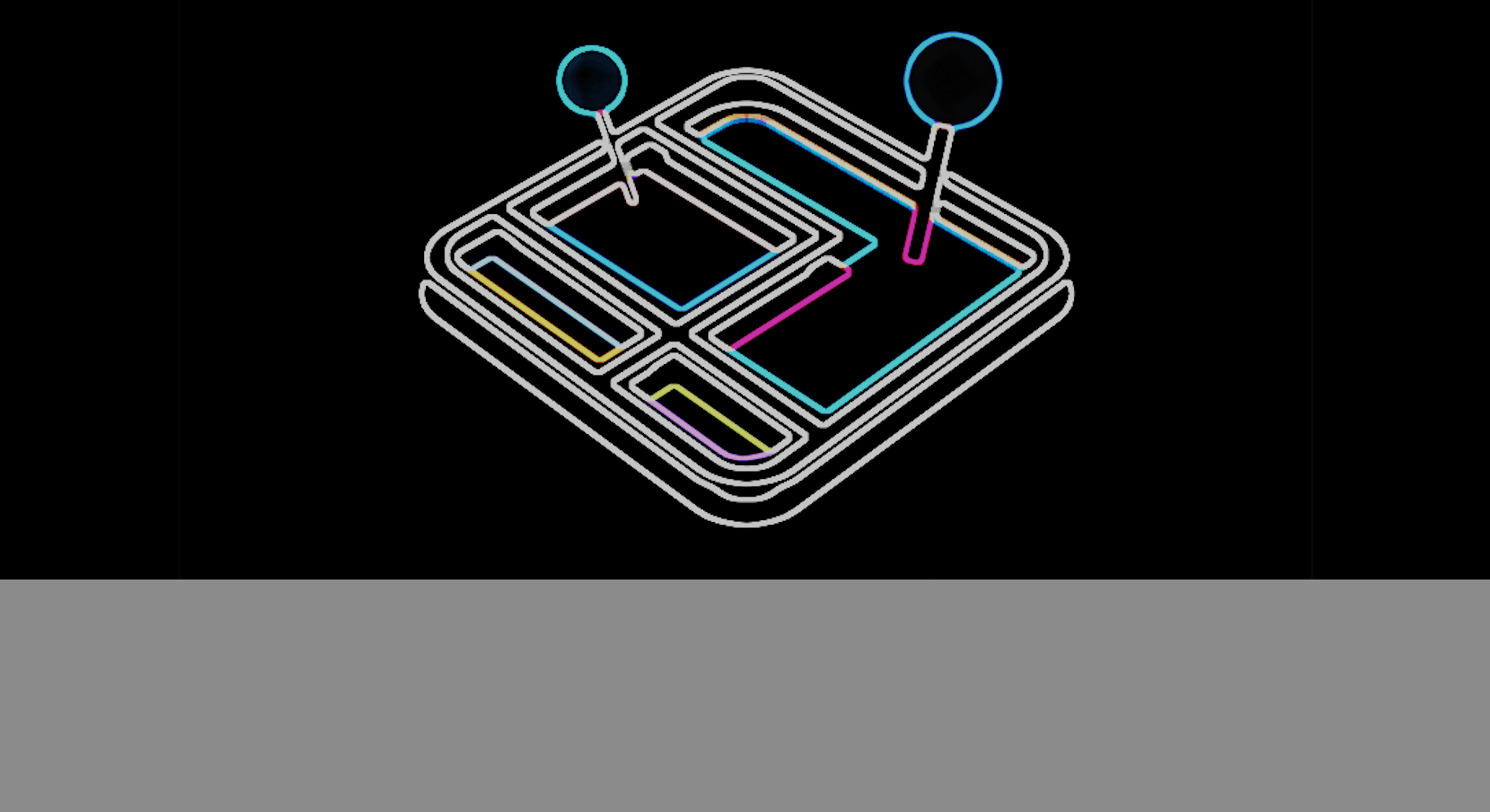 Christopher David thinks Uber and Lyft are already relics. He’s created a ride-sharing app that drivers, themselves, will one day own, and he’s gamified the app in the process. Arcade City is the name of the game, and – if David continues to coax this fledgling app out of its nest – it could pose a threat to these established industry leaders.

From their inceptions, Uber and Lyft have made driver recruitment a beautiful, enticing process: Sign on and we’ll give you $500, they say. What these companies don’t explain, except perhaps in the small print, is that these perks are ephemeral, that they can lure drivers in and then cut rates or increase the amount they, Uber and Lyft, pocket at any time they chose.

And that’s just what happened in early January this year: Uber trimmed down on fares, then Lyft followed suit. Drivers nationwide complained and then protested. In their eyes, “trimming fares” just meant “slashing wages.” But these protests were altogether ineffective. If you were a disgruntled Uber driver and protested, three more drivers signed up in your wake. Scabs abounded. Both companies told drivers that everything was fine, that they’d still be taking home as much money as they had been, but this did little to assuage suspicions. And, all in all, it signaled to drivers that Uber and Lyft did not respect them, and that each company would do what it could to outperform the other — even if this meant throwing drivers under the bus (or ride-sharing car).

Last year, David was one such Uber driver. “I signed up mainly because I loved the idea of the sharing economy and I wanted to be on the front lines of it,” he tells Inverse. But he grew frustrated, he says. “As I was driving for Uber, and kind of chafing against some of their rules and how they were structuring things, I just kind of started daydreaming about what a decentralized, Uber-on-the-blockchain would look like.”

Looking around, David noticed that most drivers in his area — New Hampshire — shared his displeasure. Note that this was before the companies even started making cuts to driver compensation: these drivers were unhappy with Uber’s general lack of support for drivers. So — already versed in bitcoin technology — David’s inner lightbulb went off: “I started to see that there was an opportunity in the short-term, beyond just some kind of longer term vision. That was enough to get me to pull the trigger on something, and it’s massively taken off since then.”

Arcade City will soon realize its goal of becoming a “decentralized ride-sharing app.” To accomplish this lofty goal, it will rely on Ethereum, a new virtual technology, often used as a virtual currency, that’s looking to decentralize just about everything. A wonderful example of a centralized business is Uber: there’s a HQ and there’s a power structure. Centralization, many think, is bad, in part for two reasons: the employees are vulnerable to the higher-ups’ whims and greed; the organization writ large is vulnerable to outside attack. But a decentralized organization is run by all involved, and an organization decentralized through Ethereum is, in effect, immortal — and immune to governmental impositions.

Ethereum follows bitcoin’s lead, taking the blockchain out of the financial realm and making it applicable to anything that can be computed. Blockchains are good because they’re supported by comprehensive, global computer networks, and they make data records immutable and public. For bitcoin, the blockchain legitimized virtual currency: without the possibility of fraud and interference, given its immutability, the currency could be trusted.

David hopes that Ethereum’s custom-built, programmable blockchain will do the same for Arcade City and ride-sharing. “I love Uber’s long-term vision, but I think they have miscalculated by assuming the continued relevance of central intermediaries into the future. They want to be this kind of central arbiter of the transportation networks. I share the same vision, except I see that it’s not going to be some central intermediary. It’s going to be an open ecosystem distributed on the blockchain.”

Arcade City, as an app right now, much resembles a young Uber. It had to shut down onboarding after 3,000 drivers in 30 cities swarmed them. (While its creators tweak the supply and demand balance, Arcade City will only offer scheduled rides. Hailed rides are in the pipeline.) There’s a functional app in the App Store that will, in the first week of April, get a facelift, David says. With 1,400 organizers nationwide, a core team of Chief Officers, and more than enough reason to draw drivers away from the competition (soon, it’ll offer its drivers insurance, like Uber and Lyft), Arcade City may well be on its way. And it’s made all this progress on a “budget of zero,” which will soon change — fundraising is up next.

Unlike Uber and Lyft, though, drivers and riders can negotiate rates with Arcade City, and the feedback system is more transparent than a mere star-rating. That’s where the gamification comes in. “Gamification is actually a needed part when we’re talking about reputation,” David explains. “When you’re building any decentralized system — especially a marketplace, and especially one where people are getting into strangers’ cars — you need to be able to have the right information about that person’s trustworthiness, and other relevant metrics that different people may care about in different ways.”

Specifically — as in a video game — that means drivers and riders can advance in level. “When you search for drivers, you see a list, and you see every driver’s level.” To advance from Level 1 to Level 2, and so forth, David says, you have to meet certain requirements. Give 100 rides and get X percent positive reviews, for instance. “Down the road a little bit, you’ll be able to input your route, and that’ll run through the pricing algorithm of all the different drivers. We want drivers to be able to set their own rates, so it’ll allow for a marketplace, or someone to say, ‘Okay, I can go with the Level 10 Arcade with all of this extra insurance for $50. Or, I can go with the Level 5 peer-to-peer ride for $30.’”

He elaborates: “So, for example, when a Level 3 rider gives a Level 10 driver a thumbs down, we want that to be weighted a little differently than a Level 10 rider giving a Level 3 driver a thumbs down. The more experienced rider is going to want their rating to carry more weight. And that should all be transparent; people should be able to test that out. But having that be in Ethereum — that’s the first thing where it makes sense: ‘Hey, let’s put this on the blockchain, where people can see and edit this.’”

Uber has faced legal battles, too. David explains that decentralization could also — if need be — skirt these impediments. If it comes to its full realization, Ethereum may become an unstoppable world computer. If that sounds dramatic, it’s not: “You build an app on Ethereum and the only way to take it down is to destroy every computer that’s running the node.” When no one is in charge and there’s no destroying the entity deemed problematic, legal conversations grow … complex. “The goal is for us to get ourselves out of the way and to just provide a set of tools, a set of expectations, a shared culture around how people can connect with each other, peer to peer.” Governments and competitors looking to interfere, David quips, are “welcome to try and whack-a-mole” and shut down each individual computer. “I don’t think they’re going to do that. It’s just an example of technology moving faster than government, as well it should.”

David’s okay with the fact that he’s built something that will one day unseat him. He’ll still benefit some, he says. (“Well, I’ll be able to get free transportation wherever I can go.”) Of course, if he were in it for the money, he would’ve struck a balance and created an app like Juno. Juno treats its drivers more kindly than does Uber, but it doesn’t go to the lengths that David and Arcade City are willing to go. “I’ll only do well if everyone does well,” he ensures.

“The more powerful model, more sustainable — and certainly more in line with where tech, and I think society in general, is moving — is more of a distributed model where power and wealth are pushed out more to the edges of the network. We can set it up such that we have, kind of a ‘rising tide that lifts all boats’ type thing, where drivers all over the place have a little bit of stake and they’re all incentivized to build the network in their area.”