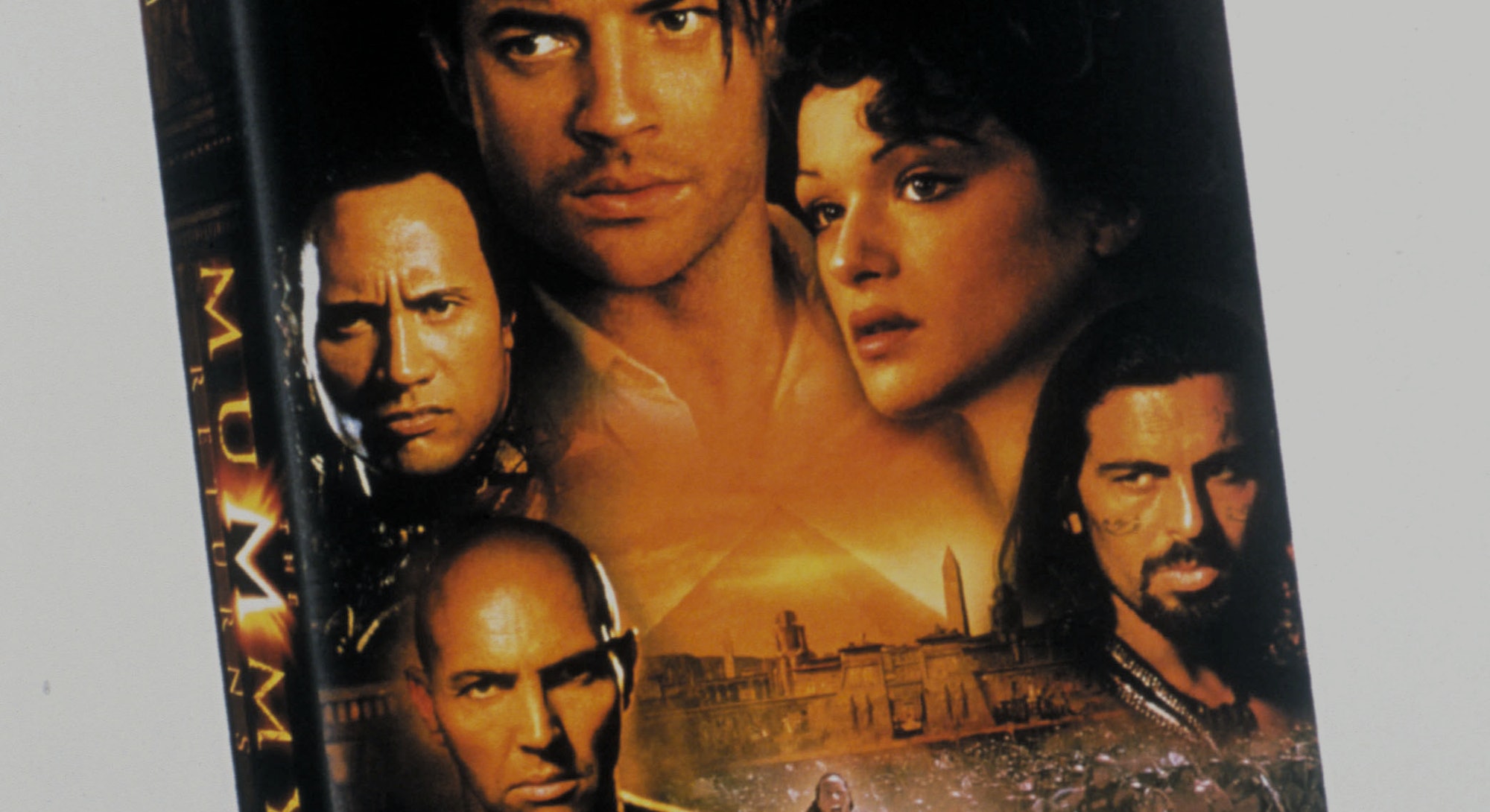 Last week, the world — mostly without knowing — celebrated the 10-year anniversary of the death of VHS tapes. Most identify the last major Hollywood VHS release as A History of Violence, which hit stores on March 14th, 2006.

There’s disagreement about the last significant Hollywood videotape product. Some cite a small 2007 run of Eragon, supposedly 20th Century Fox’s final VHS release, as the capstone; others argue that a rogue Cars transfer was the industry’s final hurrah. The latter is exceptionally hard to find copies of, indicating that Disney’s run must have been quite small.

While both of these unlikely films would make for hilarious closing remarks in the encyclopedia’s VHS chapter, we’ll embrace the commonly held opinion, and name Cronenberg’s iconic drama as the format’s swan song. 10 years out from the end of the industry, it seems an appropriate time to interrogate the legacy of VHS, and consider whether tapes have the potential for longevity as collector’s items.

The Dawn of VHS

JVC-produced VHS tapes emerged commercially in 1977, as a competitor to Sony’s Betamax tape, which had formally arrived two years earlier. The two brands were a culmination of many attempts to develop a marketable home-video format; experiments had been persistent since the early ‘60s, but the products were never saleable.

The war between the companies was not unlike Blu-rays vs. DVDs — different brands of VCRs were required for playback — but the main issue was less the difference in quality of the two formats, but their particular recording capabilities. As much as the actual retail film market, the prospect of being able to tape television was compelling, and VHS could record for twice as long as Betamax: two full hours per blank tape.

The Historical Significance of VHS

There’s no doubt that VHS will forever remain historically important because it marked the first time one could obtain almost any old or new film release, bring it home and watch it. Video rental culture revolutionized movie watching, and gave many titles that hadn’t done well in theaters a new lease on life; many of the “cult” reputations of films today would not have gained their current stature without renters taking a chance on them on some odd Friday or Saturday night.

In terms of the history of video technology, the most notable thing about the VHS format, looking back today, is how long it remained viable compared to other video formats. VHS tapes were regularly produced from 1977 through the mid-aughts. As a point of comparison, consider the fact that the DVD has not even turned twenty yet (Devotees identify the first DVDs as being Japanese editions of Point of No Return, The Fugitive, Blade Runner and Eraser, released in December 1996. Blu-Ray players did not appear globally — outside of prototype versions in select countries — until ten years ago, and sales of the format are declining drastically every year, with U.S. sales coming out to just $6.1 billion in 2015.

Digital video — streaming services and rentals — is quickly dooming both DVDs and Blu-Rays; experts predict that both format will functionally reach VHS status in just five years. In just two, a 2015 Pricewaterhouse Coopers study claims, digital video revenue is slated to eclipse box office returns as the biggest source of profit in the video entertainment industry. It seems unlikely to impossible that any single product in home entertainment will establish the market monopoly that the VHS and the VCR once enjoyed.

The Future of VHS

In 2015, vinyl record sales brought in more revenue than free streaming clicks on YouTube, Spotify, and other services. This means that LP and EP record sales are at their highest since 1988 — yes, since back when VHSs had just gained their market monopoly, around the dawn of the CD era.

The statistic is on some level surprising, but mostly, it is simply another testament to how pathetic the returns are for artists and labels in the brave less-than-new world of subscription services. Still, one wonders if there is a similar cult for VHSs among film eccentrics. Commitment to collecting VHSs is based, unabashed, on nostalgia; there are few practical arguments one can imagine in favor of videotape as a technically superior format. One is, by no stretch of the imagination, investing a richer or more hi-fi product, as many LP consumers believe they are. Indeed, in many cases, many VHS titles will sell for next to nothing, as they are at this point considered trash or Salvation Army fodder by casual video consumers.

Last year, Gizmodo rounded up some of the tapes people are still buying on Amazon — “best-sellers.” The first, of course, is the original Star Wars trilogy, which is plagued by fewer Lucas doctorings than the DVD and Blu-ray edition; for that reason, it’s an understandable purchase for SW fans.

Much of the rest of the list is more obscure films that are not readily available on other formats, and Disney films. Admittedly, these often look a bit garish in their color-corrected, sometimes outright altered DVD/Blu-ray instantiations. But doubtless the appeal can be mostly chalked up to millennials and just post-millennials struggling to reclaim some childhood magic in a slightly counterintuitive way, either in service of themselves or their fledgling toddler.

Maybe some extremely sentimental types enjoy fast-forwarding through the ads.

Half.com’s results more or less gel with these stats, though one struggles to conceptualize the cadre of Internet-scouring Alan Rickman mourners that is apparently shelling out nearly $50 for Truly, Madly, Deeply VHSs.

The cratedigging, unwashed vinyl nut has been a commonly accepted cultural archetype for well over half a century. It would certainly take a better product and more small-run VHS production or distribution companies to build a future for the video format that matches the music community’s resilient vinyl infatuation. Like the telegraph or the telegram, the VHS will, no doubt, be recorded in the history books (or think pieces) of the future as a major innovation that was eventually made wholly obsolete: something one remembers fondly, but doesn’t crave to revisit.