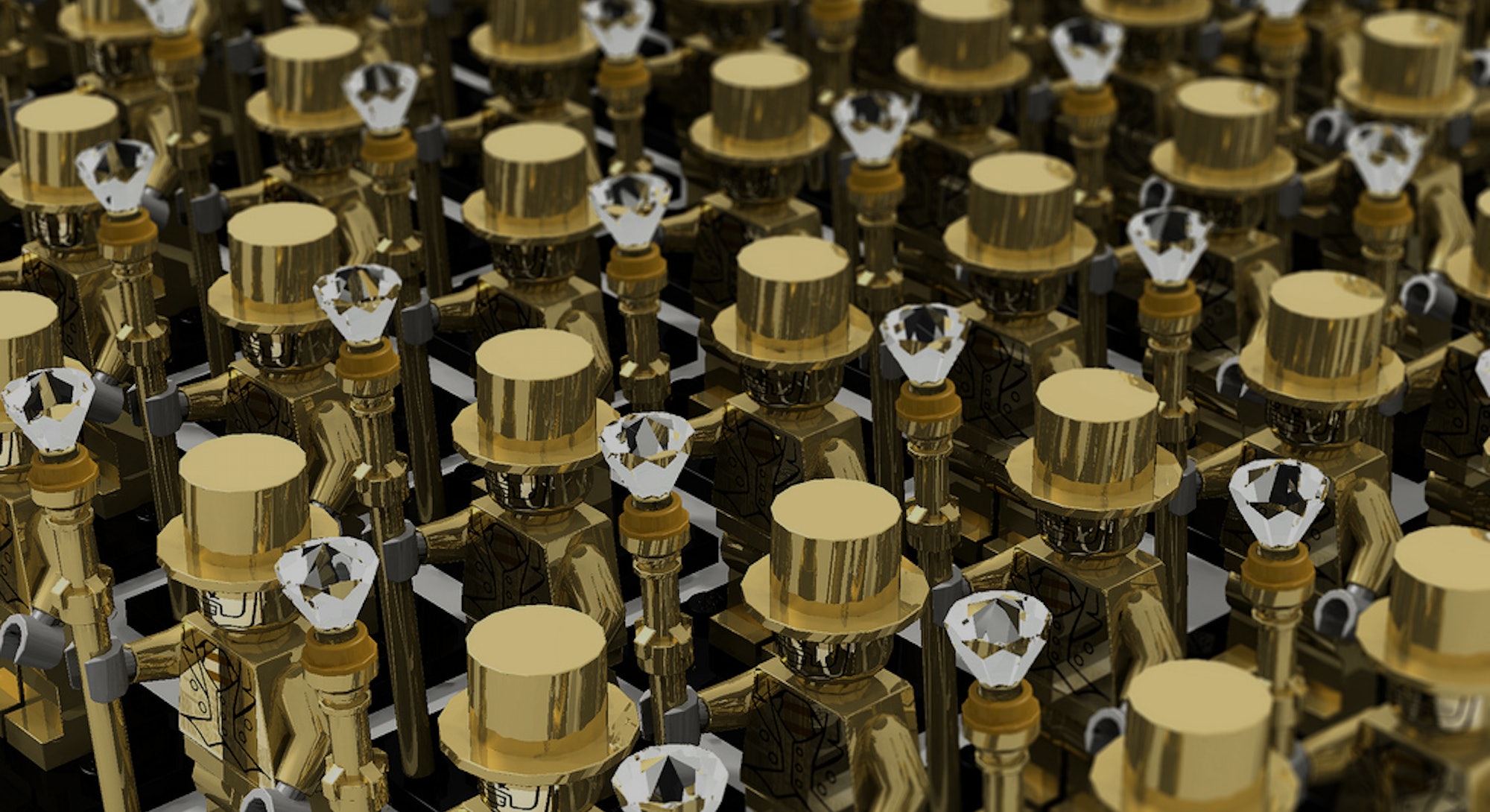 Lego sets, humanity collectively discovered in December, are a better financial bet than stocks. Jeff Maciorowski saw it coming. He’s been betting on bricks for a while — and he’s made bank doing it.

When Maciorowski’s brother noticed one of his $400 Star Wars sets being sold on eBay for a thousand bucks several years ago, he stopped and considered the implications. A programmer by trade, Jeff licensed the pricing data for Lego sets from eBay; using that, he established The Brick Picker, a Lego community and investing market rolled into one. The website has thousands of users and data for hundreds of thousands of listings comprising 13,000 unique Lego sets.

Inverse chatted with Maciorowski about building a portfolio out of Legos.

What was the early reaction to Brick Picker?

The Lego community, it’s a fantastic community, without a doubt. You’ve got your people who are all about the brick and all about building, and your purists who just want to create. They’re like artists. But then there was, already, a pretty established world of secondary markets. Many people were not very happy with it. They knew that sets retired, and that the value would go up fairly quickly because you couldn’t get them any more. They were making a good living on it.

We had a lot of people who would send us hate mail and everything like that. Tell us we stink and that, “I hope your site dies quickly.” [He laughs.]

When you started back in 2009, 2010, do you think it was easier to make a return on an investment? Or as long as you’re still savvy you’re going to do OK?

People definitely made more money back then just because there was much less competition. There’s a lot more inventory flowing out there today than there was back then. I don’t know how often you’re going to see a Millennium Falcon coming around again that’s going to hit the $4,000 mark. Or the Taj Mahal.

I think one of the best ones that has been going lately is the Super Star Destroyer from the last Star Wars. That was a $400 set and it’s hitting $1,000 now from a little over a year now. It’s a huge set, it’s an awesome ship, so stuff like that will have longevity. But it will be harder to produce those superstars.

If I’m an interested investor, what should I be looking for?

It’s definitely going to be the bigger sets, or maybe a unique mini figure included. Mini figures are a huge thing. If a BB-8 is the same in five different sets, they’re going to be a dime a dozen. But if all of a sudden a very special version of Rey comes out — and she’s only in this one set — that’ll be something to look out for going down the road. Big ships and all these other types of big, ultimate collector series ones are always great because they most likely produce less of them because of the cost. Most of them are going to be $350 and not every mom in the world is going to get their kids one or two of these things! It’s very expensive. So once they disappear of course later people say oh I never got a chance to get this or that. So it’s generally bigger sets with a lot of detail.

Do you ever get any criticism that these are toys kids should play with, and not collect them?

I still have not come across one person who has said to me that they hate Lego, other than when they step on them.

Is there a set that stood out as a particularly good bet?

The ultimate collector series set, the Star Wars special edition Naboo Starfighter. It was that yellow ship with the little chrome engines on the side. That was a $39.99 set in 2002, when that first series came out. Now it’s going for $514. It only has 187 pieces. So that is a very rare thing. I don’t even care for the ship whatsoever. But that is a huge winner in the world of Lego sets.

Lego has been around for years. Does that staying power give you more confidence, than, say, collecting Beanie Babies?

Number one, the Beanie Babies were cheap. Anybody could go get them, and they were giving them out at McDonald’s and everywhere else. They were what, $5.99? People could buy 20 of them for $100. Your average small Lego set — sometimes not even that many pieces — could be $75. You’re going to go out there and buy one thing at a time.

Lego doesn’t overproduce these things. They very rarely say, oh my god we’re going to go back and produce another 100,000 of these. Baseball cards got killed because they were just printing sheets of paper. There were millions of them, and there was technically no value to that anymore. Here, this is plastic: For the most part they don’t fade, they don’t work differently, it’s a toy that never goes bad and they’re almost indestructible. It’s really hard to break a Lego piece! The mini figures all work together. That’s what’s great! It’s a commodity. It’s a thing that sits there and doesn’t go bad and generation after generation kids always like building stuff.

It is, without a doubt, the greatest toy ever. A lot of people say that! You can’t go wrong with Lego.

For tips on how to get started as a Lego investor, check out the Brick Picker guide.