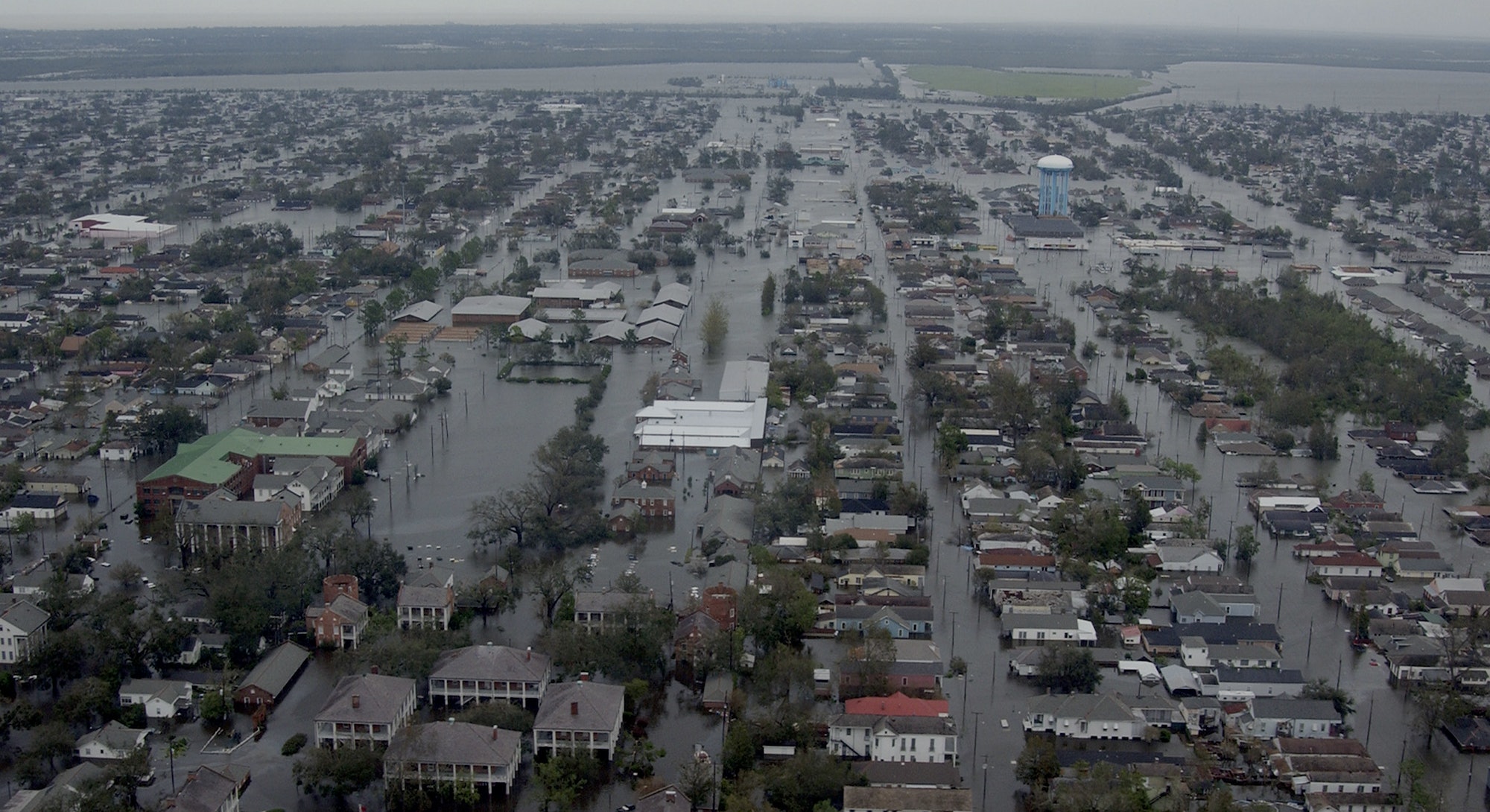 A leading climate scientist has dropped an atomic bomb of a research paper on the world, fundamentally challenging what we thought we knew about how the planet will respond to climate change.

James Hansen of Columbia University is one of the top global experts on climate change. He is a controversial figure both for his extreme interpretations of the science and his personal activism promoting environmental protection.

And his latest paper, coauthored with 18 other experts and published this week in Atmospheric Chemistry and Physics, painstakingly lays out the case that climate change could reach a tipping point in the coming decades.

In short, Hansen concludes that rising temperatures could lead to several yards of sea-level rise within this century — enough to wipe out coastal cities nearly completely. Additionally, a dramatic temperature difference between polar and equatorial regions would fuel monster storms. If Earth’s geological history is an indication, the ocean waves could be powerful enough to lift massive boulders from the seafloor to the shore. The two-degree-Celsius cap on global warming that scientists have long considered the threshold for preventing disastrous climate change is not nearly stringent enough, Hansen and his colleagues argue. Even with additional warming of a few tenths of a degree, the consequences could be catastrophic.

The authors conclude this way:

“There is a possibility, a real danger, that we will hand young people and future generations a climate system that is practically out of their control. We conclude that the message our climate science delivers to society, policymakers, and the public alike is this: we have a global emergency. Fossil fuel CO2 emissions should be reduced as rapidly as practical.”

What Hansen and his colleagues offer in this study is a call to action — not just to policymakers, but also to climate scientists. “Prove me wrong,” the article dares. And certainly, the fallout of this research, a decade in the making, will play out in fierce academic debates over the coming years.

Let’s unpack some of the central scientific questions that the article poses.

Fresh-water ice sheets in the north will melt and mix with warm salty ocean water. The two won’t mix easily and the “resulting ocean heat sequestration” will cause “catastrophic ice sheet collapse.”

This is the central premise of the article — as ice sheets in Antarctica and Greenland melt, they will pour cold, fresh water into the ocean. This will create a layer of water that does not easily mix with denser, saltier water underneath. Because of this, mixing of deep and shallow ocean water will slow and perhaps cease altogether. The result is a trapped pocket of warm ocean underneath the surface, at the depth where it can melt ice shelves — creating feedback loop whereby the ice shelves quickly melt and collapse, perhaps in the span of a few decades.

Sea surface temperatures already show a cooling trend in the Southern Ocean off West Antarctica. It’s “suggestive that the real world may be more sensitive than the model, but additional years of data are needed to confirm that.”

The research team used a computer model to try to understand how this effect would play out. The climate models used to make the predictions by the Intergovernmental Panel on Climate Change simply do not take this freshwater melting effect into account. But when it is assumed that the rate of freshwater melt will rise exponentially, because of this feedback loop, the model’s predictions change fundamentally. The authors suggest that their adjusted model may still underestimate the true impact of this feedback loop, based on limited observed data. As new data of ocean salinity and temperature is collected around the world, you can bet climate scientists around the world will be paying very close attention to the degree to which it confirms, or denies, Hansen’s predictions.

“These predictions, especially the cooling in the Southern Ocean and North Atlantic with markedly reduced warming or even cooling in Europe, differ fundamentally from existing climate change assessments.”

Here’s where things get crazy — if Hansen and his peers are right, the planet could actually start cooling down in the coming decades because of that layer of cold surface seawater, and the accumulation of heat in the ocean under the surface. And while this would certainly please climate change deniers everywhere, it most certainly would not be a good thing, if it plays out as predicted. See, although surface temperatures would be muted, that warm pocket of ocean would still be working away below, eating away at ice shelves in a way that will lead to disastrous sea level rise very quickly. And that trapped heat would eventually be released to the atmosphere, meaning that warming is only delayed, not halted.

The other consequence of that strange cooling anomaly will be extreme storms, the authors argue. Ice melting will cause polar regions to cool, while equatorial regions continue to warm. As a result of this strong temperature variance, massive storms will brew and fly across the planet. To bolster this case, the authors compile evidence that 120,000 years ago, during the late Eemian period, storms were intense enough to lift 1,000-ton boulders from the bottom of the ocean. It has been argued elsewhere that the boulders in question, found today in the Bahamas, were transported by a tsunami, although the authors argue that the balance of evidence points to waves generated by intense storms.

“Sea level rise itself is the single greatest global concern, and it is now broadly accepted that late-Eemian sea level reached +6–9 m, implicating a substantial contribution from Antarctica, at a time when Earth was little warmer than today.”

Those mega-storms, while terrifying, will be the least of Earth’s problems if the predictions come true. During that same point in the planet’s history, sea levels rose 20-30 feet higher than today’s levels. That change wasn’t gradual — it happened within perhaps a few decades, and likely within a century. The authors hypothesize that a similar pattern of events precipitated this change — the ocean currents slowed the mixing of seawater, creating a feedback loop that eventually led to the sudden collapse of Antarctic ice shelves.

“If the ocean continues to accumulate heat and increase melting of marine-terminating ice shelves of Antarctica and Greenland, a point will be reached at which it is impossible to avoid large-scale ice sheet disintegration with sea level rise of at least several meters,” the authors write. “The economic and social cost of losing functionality of all coastal cities is practically incalculable.

If Hansen and his colleagues prove right, this research will radically rewrite accepted climate change narratives. Instead of an encroaching tide, climate change threatens the planet like a growing hurricane, feeding on itself until it spirals out of control. Once the tipping point is reached, the consequences will be irreversible on any timescale relevant to humans, explains Hansen in a video that accompanied the article’s release. “I doubt that we have passed the point of no return, but frankly, we are not certain of that.”