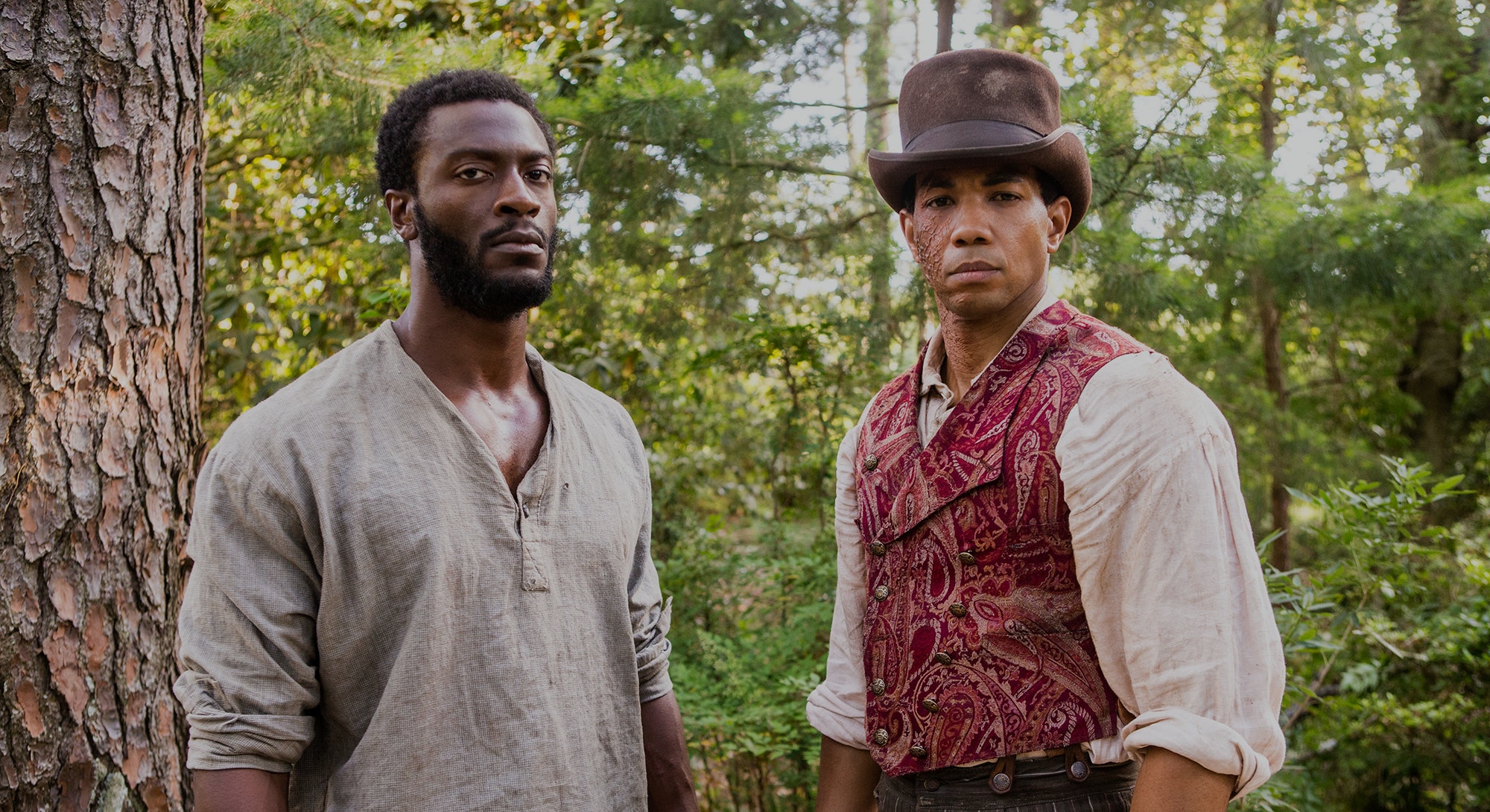 In the first episode of the WGN America’s Underground, a new series about 19th century American slaves who forged the covert 600-mile path that led to the free northern states, Noah (Aldis Hodge) surveys the plantation he toils on, looking for slaves with talent. There’s a man with colossal strength, a carpenter who can shape wood into anything, and a slave the white owners trust and grant privileges. To any fan of superheroes and genre movies, it’s a sequence that should be familiar: It’s the beginning of a team’s formation.

“It wasn’t hard to see this as a story of American heroes,” series co-creator Misha Green, whose writing credits include Heroes and Sons of Anarchy, told Inverse. “The story of the underground railroad, with people from all walks of life using ingenuity to get north, it’s a thriller.”

Along with fellow Heroes scribe Joe Poksaski — whose superhero bonafides include Marvel’s Daredevil and the 2008 comic Secret Invasion: Inhumans — the duo have used their expertise to make a historical drama that feels alive and contemporary. “We need to change the way we’ve looked at the time period,” said Green. “We need to take it from being a portrait on a wall [and] be bold.”

“We started doing research, what we found was that truth was stranger than fiction in every story,” she added. “It was just so exciting.”

At New York Comic Con, Underground was promoted as the story of America’s first heroes, and it delivers on that premise. What influenced this creative direction?

Misha Green: I think it’s baked into the story. We didn’t really have to make it into genre, it is genre.

Joe Pokaski: We’ve always thought about Rosa Lee in particular. We’re going to see over the course of the season, this is an origin of a superhero. If you took this and put it on another planet, or a fictional universe, the story would be just as compelling. You have people who are told they’re property, the only way they can get their freedom back is to run through the most hostile terrain ever imagined. That’s something you normally have to make up, but this happened in history. Like Misha said, the excitement was always baked in.

JP: I think the only way we told them was through the script. The script we write to the page [is] what we want to see on screen, but [series director] Anthony Hemingway kind of just brought his own swag to it. Megan Rogers, our production designer, brought life and color that wasn’t that sepia portrait you see on the wall.

Talk to me about the soundtrack for Underground, which is uniquely contemporary. You have John Legend overseeing the music. What led you to selecting popular music for this show?

MG: From the start we said we wanted to use contemporary music. We wrote “Black Skinhead” in the script. It’s just another way to say this is not the thing you’ve seen before. This is about revolution.

Music was a big part of the underground railroad. They used songs to hide the code from “massa” and it was important for us to infuse that factual part of that into the show. It helps that music is this bridge where something from the 1920s still [is] relevant today when you hear it played. We wanted to make that connection that the past isn’t so much the past as it is the present as well.

Most of the principal characters are fictional in Underground, which is atypical of historical dramas. Why go thought route?

JP: A lot of them are inspired [by real people]. They’re all fictional characters, but a lot of moments and nuances are inspired by slaves narratives we’d listen to or read or some of the research we’ve done. There’s so much in history, the ingenuity people had in escaping or helping slaves was amazing. We tried to build on that as much as possible.

Do you think writing fictional characters also frees you from having to tell specific stories, or risk “spoilers”?

I think also, as we were reading these stories there were so much we kept, we have a huge ensemble cast because we just kept being like, “Oh we’ve got to tell that story. Oh, and that’s such a great character, we’ve got to put that in too.” I think we wanted to start personal and expand into the historical as we went along.

A story like Underground is very potent in 2016 America. Are you intending for Underground to contribute to national conversations?

JP: We do want to tell a good story. We want to put art out there and if people discuss it, that’s fantastic. For us, it got us thinking about the idea how active is your activism. These are people who had far less than we have and started with an idea of what was right and they put their lives on the line for it. If people could be a little more brave because of our show, stand up for what they believe, that would be fantastic.

MG: The underground was an integrated civil rights movement in American history. Just seeing what was achieved when all life came together to fight these insurmountable odds, there’s definitely something we can learn today about what we can do if we work together.

I understand the show is filmed on location where actual southern plantations were located. What’s it like shooting where these stories actually happened?

MG: We had the fortune of shooting at the Rural Museum at LSU, they have 20 to 30 period-specific buildings. All of the slave quarters we shot in were actual slave quarters. It just adds a weight to everything you’re doing. You could feel it when the actors stepped into that space. A little more than acting was happening.

Underground just started, but what is in store for Season 2? Will you get to the Civil War?

JP: When we first started working on this we ended up with a 56-page bible with ideas for Season 2 all the way through Season 5. What we wanted to do with Season 1 is start with one group of slaves. Then if we’re blessed to have a Season 2, we’re talking about just expanding the world. As Misha said, there’s so many stories. It’s such an interesting world we’re really just hitting the tip of the iceberg.

MG: We absolutely plan to hit the Civil War. One of the lesser known things about the underground railroad is that it became the spy network for the North. So it was definitely active and continuing throughout that time. It’s going to be exciting to explore that to see how the underground endured across [this] turbulent time in our history.

Do you think if Underground takes off, more genre filmmakers or projects that cater to the Comic-Con crowds tackle history in this sort of way?

JP: I hope so. The Comic-Con audience, I have so much respect for because they are open-minded. They want to see a great story and often a great metaphor. Whether it’s comic books or movies or television, I really think that genre has helped bend the issues. The thing I love the most is that it’s such a big town of people who just want to hear great stories and be challenged.