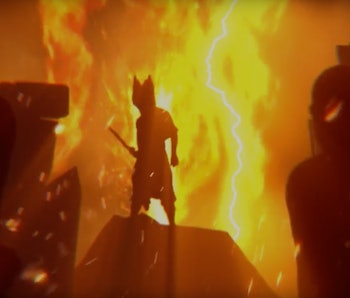 It’s entirely possible that you’re not familiar with the good folks at Obsidian Entertainment. The game developer doesn’t really command the same kind of brand awareness as an EA or an Ubisoft. However, to any fan of a good, open world RPG, the name Obsidian is synonymous with quality.

Or, at least, it used to be. That’s not to imply the dev has abandoned all quality, necessarily; they simply ran into some bad luck that took them out of the spotlight for a bit. But now, in partnership with Paradox Interactive, the little studio that could is preparing to give gamers a dose of something new.

The premise puts players in the shoes of a bad guy climbing his way to the top of the food chain. In a world where evil has won, “A nonlinear story challenges players to find their role within the dominant empire and live with the outcomes of difficult, morally unclear decisions.”

In other words, Tyranny sounds damn sweet; the game places Obsidian where they belong after the studio suffered a heartbreaking setback with Fallout: New Vegas. While that title is still beloved by fans, the Metacritic score of 84 caused a round of layoffs at the once-promising studio. In the five years since, Obsidian has slowly crawled its way back to the top with a series of well-received, but low-budget titles.

Slated for release later this year, Tyranny might accidentally put them back on top.

More like this
Science
Jan. 21, 2023
Can spicy foods cure colds? A neuroscientist reveals the encouraging truth
By Elana Spivack
Science
Jan. 14, 2023
Will milk and orange juice curdle and make you sick?
By Elana Spivack
Mind and Body
Jan. 23, 2023
Cutting back on deli meats may lower your risk of this chronic illness
By Elana Spivack
LEARN SOMETHING NEW EVERY DAY.
Related Tags
Share: