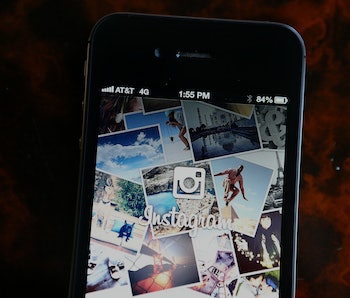 Instagram has announced that it is planning to begin curating user feeds, rather than displaying posts in reverse chronological order. The reordering of the feed, if implemented across the site, would bump popular submissions and those from good friends and family to the top. Eventually, the site may begin scrubbing unpopular or irrelevant posts from the feed altogether.

“On average, people miss about 70 percent of the posts in their Instagram feed,” Kevin Systrom, co-founder and chief executive of Instagram, told The New York Times. “What this is about is making sure that the 30 percent you see is the best 30 percent possible.”

The move follows a spate of similar changes across social media. Both Facebook, Instagram’s parent company, and Twitter now reserve the top of user feeds for content that is likely to be of particular interest, even if it’s a little old. The rollouts at both Facebook and Twitter were certainly rocky, with users organizing groups tens of thousands strong in protest. But considering Facebook introduced the curated feeds in October 2009, the pushback hardly seems to have dented its market share.

Instagram does seem to be taking a more cautious approach to introducing the new process on a single-digit percentage of the entire community before taking it sitewide. However, the site does not seem intent on making the feature optional, as Twitter did, potentially posing a larger challenge if a backlash does ensue.

“If it’s one thing we do really well as a company, it’s that we take big change slowly and deliberately and bring the community along with us,” Systrom said. “It’s not like people will wake up tomorrow and have a different Instagram.”

Since the new algorithm will likely harness the quantity of interactions with photos, it’s also unclear how the company plans to keep the celebrities and brands we follow for fun from overwhelming our friends altogether. The change may make it harder to find those gems that occasionally show up on your feed with only a few likes.

On the other hand, nobody likes missing big announcements. As the site makes clear in its post to the community about the change, the algorithm will help ensure “when your best friend posts a photo of her new puppy, you won’t miss it.”

More like this
Gaming
6.23.2022 8:06 PM
PS Vita 2 "leak" reveals the worst thing about gaming Twitter
By Joseph Yaden
Innovation
7.2.2022 6:00 PM
Are self-driving cars safe? The tipping point rests on a psychological illusion
By Jean-François Bonnefon and The Reader
Innovation
7.1.2022 10:00 AM
Robots are ready to get touchy-feely
By Sarah Wells
Share: