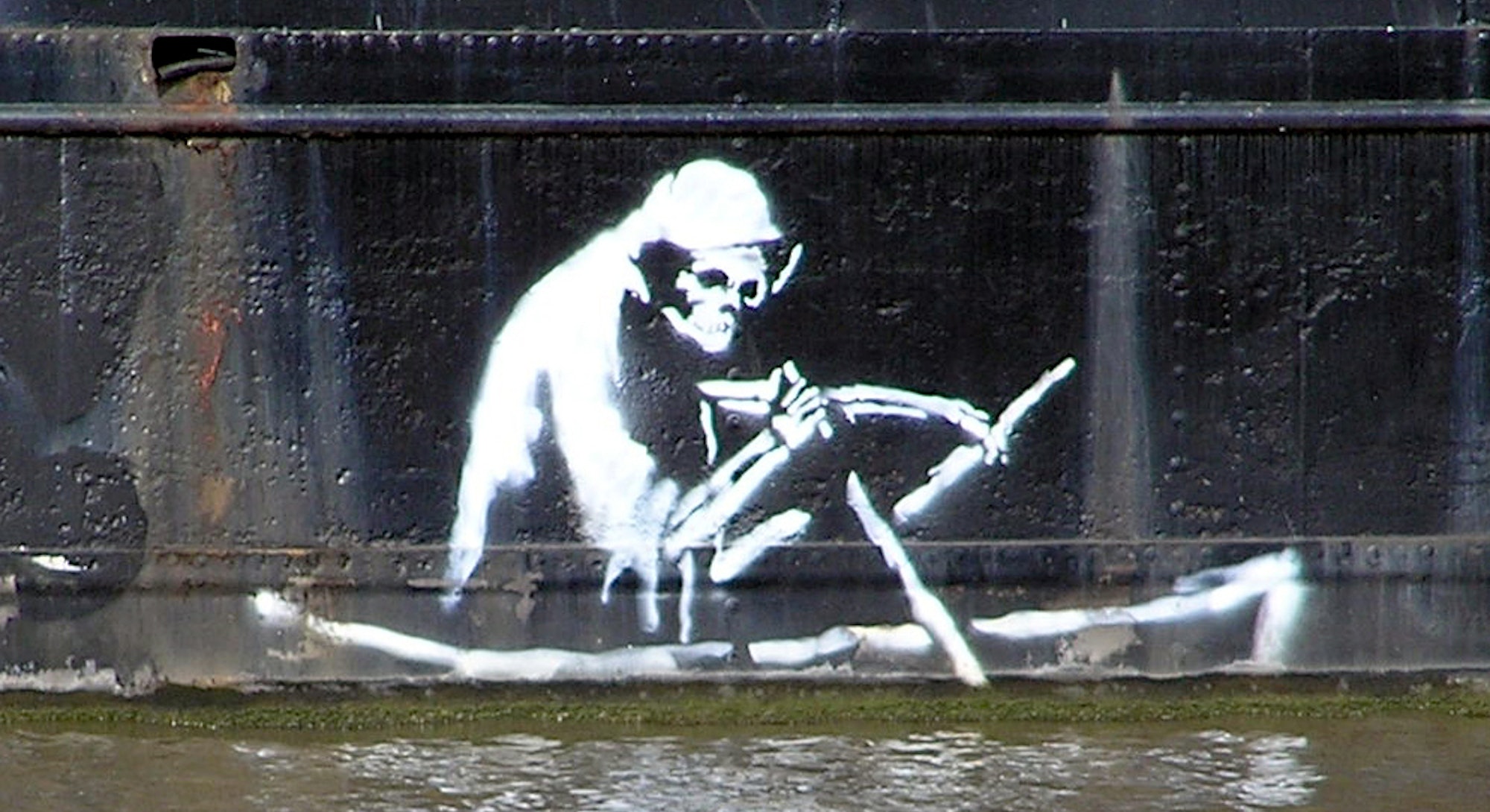 There’s quite a bit of controversy and drama surrounding a study that purports to demonstrate a new method of “geographic profiling” in order to help law enforcement fight criminal activity. At the center of the study is UK street artist Banksy — whom the researchers describe as having committed “minor terrorism-related act[s].”

Here’s the deal: geographic profiling is used by criminologists to figure out the likely locations of a future crime that fits a certain pattern — usually one committed by a repeat offender. Through mathematical analysis, researchers can basically work their way back from the scene of the crime to the home of the criminal using spatial clues.

Dr. Steven Le Comber at Queen Mary University of London wanted to make a system that ran geographic profiling analysis faster and more efficiently. So he and some of his colleagues decided to use Banksy as a test subject.

Le Comber basically used the locations of where Banksy’s art has appeared, and plugged the data into a model to calculate certain “hot spots” that could be the real home addresses of Banksy.

His conclusion? Banksy’s real identity was a one Robin Gunningham. And this is not the first time Gunningham has been accused of being Banksy.

“What I thought I would do is pull out the ten most likely suspects, evaluate all of them and not name any,” Le Comber told the BBC. “But it rapidly became apparent that there is only one serious suspect, and everyone knows who it is.

“If you Google Banksy and Gunningham you get something like 43,500 hits.”

So naturally, the Banksy obsessives around the world have flocked to this study as proof positive Gunningham is, in fact, the street artist himself.

Banksy himself — Gunningham or whomever it is — was not having it. His lawyers pressured the paper’s publisher to a delay publication (although you can still view it online with the right access).

There’s actually a pretty good reason to tread carefully on such a paper. Although the paper is an amazing case study into the method of geographic profiling, there are big concerns about the precision and accuracy of Le Comber’s model. Outliers in location data were not excised from analysis, and Le Comber doesn’t seem to have taken time and date into account.

Furthermore, we’re talking about a single case here. Banksy is a popular figure, but it’s not even always clear which works are actually his and which aren’t.

And then there’s the fact that the authors are calling graffiti an act of minor terrorism. That’s an insane label to use. And it puts the credibility and objective reasoning of the researchers in question.

Regardless, it will be very interesting to see how Banksy — and Gunningham, if they’re not one and same — respond to the study’s findings later on.