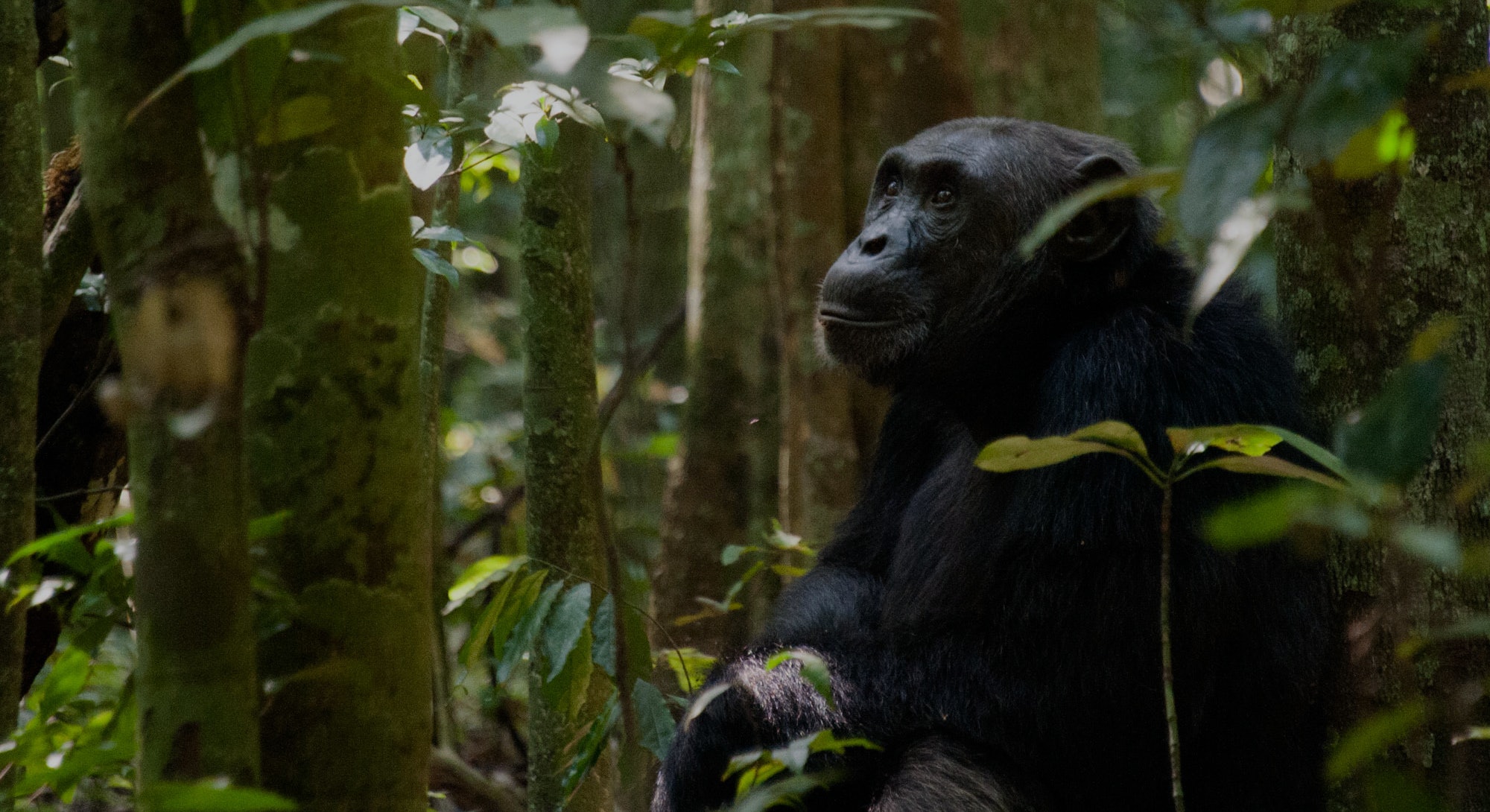 A chimpanzee’s ability to throw things, whether it be a rock or poop, is an action that recalls our own evolutionary origins. Chimps are the only species apart from humans known to have this cognitive development, which is interpreted as a sign of increased intelligence.

The ability to throw may also point toward an incredibly big and new realization as well: Chimpanzees, at least an assortment in West Africa, may have their own rituals.

In a paper published this week in the journal Scientific Reports, a team of international scientists details its discovery of the odd behavior of four populations of chimpanzees. While rock-banging and throwing has been observed in wild chimpanzees previously, this is seemingly the first record of repeated observations of chimpanzees targeting trees with this behavior. The habitual banging and throwing of rocks against trees, as well as tossing them into tree cavities, has resulted in obvious stone accumulations.

“The accumulative stone throwing behavior described here seems to be rare in chimpanzees as it has not been observed during decades of research at long-term field sites across Africa,” the researchers write. “The habitual incorporation of stone tools into the ritualized display of chimpanzees is a novel discovery, and according to our data, may be a socially-learned cultural tradition found in limited populations of West African chimpanzees.”

The ritual — if it really is a ritual — looks essentially like this: The chimp picks up a rock, maybe with some swaying. There’s a pant-hoot and then the stone is either tossed in the hollow of a tree, hurled at the tree, or repeatedly hit at the tree. The chimps observed so far on the footage obtained by the researchers have mostly been adult males, but an adult female and a juvenile chimp have been observed exhibiting this behavior as well.

“It was unlike anything I had ever observed among wild chimpanzees,” said study co-author and primatologist Ammie Kalan to Ars Technica.

The researchers behind this study readily admit they don’t know exactly why this behavior is happening. One idea, the vanilla version, is that this accumulative throwing behavior is just a new male chimpanzee display (although it has not only been male chimps observed). The action is similar to the hand and feet drumming that chimps use to tell other chimps where they are — it’s thought that the bang of the stone throw is a variant sound mechanism, and the rock accumulation just coincidence.

The other hypothesis — groundbreaking if true — is that these are ritualistic displays, that may have a symbolic context for the chimps. The researchers emphasize that there needs to be more investigation before anything can be said definitively — but they do think this is a feasible idea.

These piled-up stones, the researchers note, appear very similar to cairns — stone piles used by humans in both contemporary and ancient human societies to mark important places, whether it be the best place to stay for the night, a burial site, or an important place for spiritual reasons. This repeated action is decidedly different that what has previously been observed in captive chimps, who couldn’t care less about doing something more than once. Humans may do things repeatedly even if there isn’t an survival advantage, but chimpanzees typically do not.

This does not imply that chimpanzees believe in a God but could mean that chimp and human behavior may have more parallels than previously thought. It would also bring further evidence to the theory that the repeated behaviors observed in animals and humans have a common origin and share similar neurological pathways.

“Chimpanzee accumulative stone throwing and the subsequent aggregation of tools at particular trees shares two important features with human ritual practices: the strong association to a particular location or site with a collection of artifacts over time, and ritualized behavior pattern,” the researchers write.

The next step for the researchers is predominantly further analysis of the behavior. Pursuing the ritual theory, they want to figure out the spatial patterning of the trees with accumulated stones and where the chimps are living — the idea that this will shed some light on their significance. If the stones are at some sort of territorial boundary, that would point toward the idea that the chimp society has further parallels with human society.

The researchers also plan on going over hours of gathered footage, looking for similar behavior in other chimp populations as well. You can help with this on your lunch break by watching live streams at chimpandsee.org. Who knows — you could be the first person to see a chimp raise his arms in the air to pray.