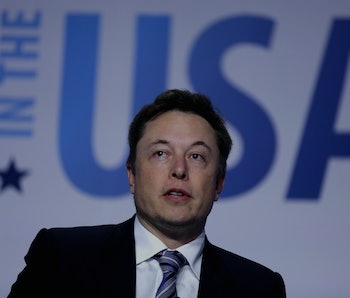 A Twitter user announced today to Elon Musk that he was “surprised/disappointed” to discover that SpaceX had donated $10,000 to Donald Trump’s campaign. Musk responded within 15 minutes, saying: “SpaceX has not donated to any presidential campaign.”

The original image shared in the confrontational tweet lists the Center for Responsive Politics as its source. A glance at the CRP’s current list for top Trump donors does not list SpaceX. However, a cached version of the page from February 29 does.

A researcher at CRP tells Inverse that the listed contribution was “unfortunately incorrect” and due to a “matching error”: another donor was somehow incorrectly listed as a SpaceX employee.

Musk’s carefully worded statement — “SpaceX has not donated to any presidential campaign” (emphasis added) — is intriguing. As it turns out, Musk, SpaceX, and Tesla have donated lots of money to lots of people. For instance…