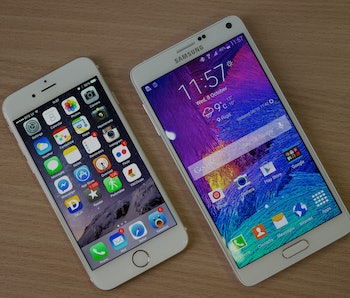 Apple won a patent infringement case against rival Samsung back in 2014, but today, a Federal Circuit U.S. Court of Appeals overturned that decision. Samsung, then, is no longer required to pay Apple $120 million.

Apple and Samsung sue each other back and forth pretty regularly, and are therefore regular contenders in court. (This ruling also upheld a past judgment in which Apple infringed upon one of Samsung’s patents, though that was for a paltry $160,000.) This latest lawsuit revolved around three apparent infringements:

The original decision also penalized Samsung and ruled that Samsung would no longer be able to release products with those specific features. Samsung, in the appeals court, argued that Apple’s patents on all but the quick links feature were invalid. This third infringement was to be the bulk of the settlement, accounting for almost $100 million of the original $120 million.

The court accepted these arguments, and, in addition, found that Samsung had not infringed upon Apple’s quick links feature patent.

Samsung is currently appealing another, larger patent infringement case — for which they owe almost $550 million to Apple — to the Supreme Court.

More like this
Innovation
5.7.2022 12:00 AM
The 5 best iPhone battery cases
By Masha Vapnitchnaia
Entertainment
5.16.2022 1:56 PM
For All Mankind Season 3 release date, trailer, cast, plot for the Apple TV+ sci-fi series
By Ryan Britt
Innovation
7 hours ago
China and Russia are on track to set up a Moon base by 2036 — here’s the plan
By Allie Hutchison
Related Tags
Share: