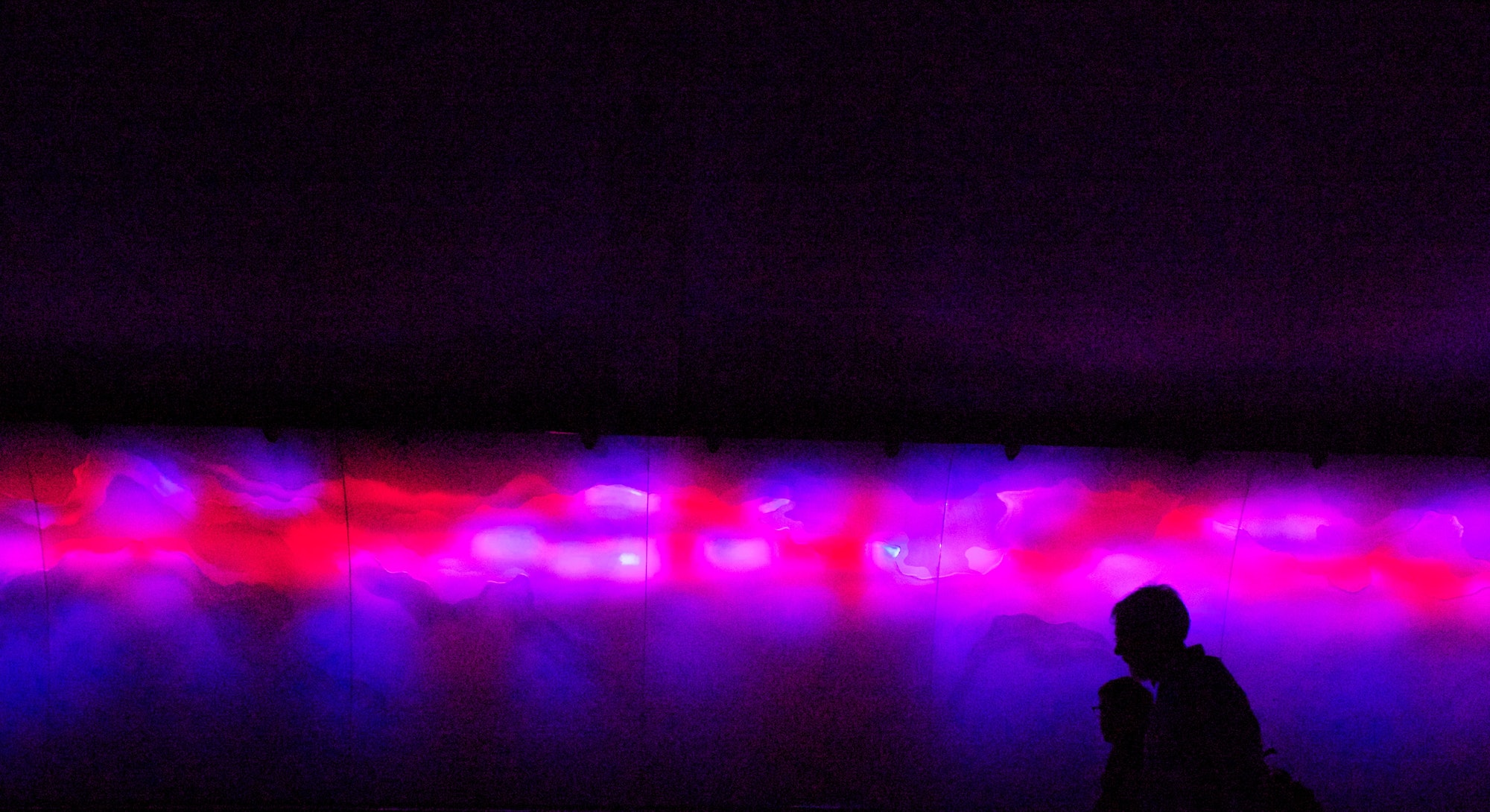 People can save lives when they speak the same language.

Technology has advanced such that we can instantaneously communicate with people in the farthest reaches of the world without breaking a sweat. Furthermore, we can do so in their own languages without even a single credit hour of exploratory language class. When language tools like Google Translate and Yandex. Translate meet communication apps like Skype and Telegram, the world shrinks in the best way.

Dan Simonson, a computational linguist and Ph.D. candidate at Georgetown University, endorses such language technology as a force for good, and it’s not just because he recently had to find the bathroom while visiting Beijing as a novice Mandarin speaker. “Humanitarian relief efforts are often executed by enlisted soldiers who have neither the time nor the resources to learn the language of where they are assigned to provide relief,” he says. “For these people to have access to even poor translation tools in low-resource languages — ones for which there isn’t a lot of data available to create translation tools — could immediately improve the efficiency of such relief efforts, saving thousands of lives as a result.”

Futurist ideas suggest we’ll see nothing less than a technological facsimile of the Babel fish from The Hitchhiker’s Guide to the Galaxy. This is a living creature from Douglas Adams’ classic sci-fi comedy romp that, when shoved into your ear canal, listens to everything around you and whispers a perfect translation to you in your native language. On a long enough timeline, those with a transhumanist bent say we’ll have electronic Babel fish of our own permanently implanted in our bodies.

But how realistic is it to suggest that technology can offer universal comprehension as a service? We’ve all used Google Translate to turn a foreign web page into a mostly readable piece of text, notwithstanding the glaring errors and nonsensical phrases that pop up along the way. If we can’t solve automatic text translation, how will we ever do so for spoken conversation? Furthermore, as translation technologies improve, how will we ever account for glaring differences (perhaps even clashes) of linguistic norms and culture?

Such techno-magical Babel fish are already in the works today. One of them is a device called Ili, and if it works as demonstrated in the video below, it’s quite remarkable. Enjoy this misogynistic field test of an automatic conversation translator, in which a dapper Englishman, replete with a spy cam, chases and kisses Japanese women an entire language away.

While these women’s responses range from flattery to horror, it’s a compelling proof of concept: technology is beginning to show demonstrable wear on the language barrier. As cross-language understanding becomes more commonplace (and ultimately boring and expected), how will it reshape the way the world works?

Zoltan Istvan, who ran for President in the last election cycle, caused a media stir by building his political campaign entirely on transhumanism. Socioeconomic factors certainly play important roles in life, but as a transhumanist, Istvan specifically identifies technology as the single most important factor affecting human ability and quality of life. As you might expect, he’s way on board with universal translation ear implants.

“Understanding everything everywhere we go would be fantastic, like the entire world having the same currency,” he says. “Technology that facilitates such understanding will cause globalization to occur faster. That’s a good thing.”

Istvan is confident that once technology allows for it (and once we get over the gross-out factor), humans will have universal translator devices implanted inside of them. These won’t be the first technological implants to become commonplace, but they’ll be one of them. “I think bodily implants that cure cancer would go a long way to making people feel more comfortable about technology in their bodies,” he says. “It’s 100 percent that this technology will end up inside of us. The real question is how fast will culture get over itself and decide that mixing machines with our biology is OK and desirable.”

The automatic machine translation we have today points a promising future of universal understanding, but experts caution us not to get too excited just yet. “The state of machine translation is still quite primitive,” Simonson says. “Despite the best efforts of some of the smartest people alive and data coming out of their ears, the best we can do is along the lines of Google Translate. It’s quick and dirty, far better than what’s come before, but still doesn’t hold a candle to what a human translator can do. While the vision of these sorts of Babel fish-like tools is exciting, the reality will prove disappointing for an unrestrained optimist.”

Half a world away from Google, Russian tech giant Yandex has its hand in building the best machine translation system it can. Yandex. Translate works to translate text and webpages between more than 60 different languages, and it even includes J.R.R. Tolkien’s Elvish dialect of Sindarin. Andrey Styskin is Yandex’s head of search service quality, and he expounded on some of the difficulties attached to using software to capture and transform the subtleties of human communication from one language to another.

“Machine translation uses technology to ‘average’ all versions of past translations to deliver the best statistically proven version,” he says. “Human speaking has some ‘human touch.’ Maybe neural network and projects like word2vec will help make machine translation more human and natural as translation technologies more precisely extract the sense of speech or text. But I don’t think it will happen that fast.”

Styskin, working alongside Yandex engineer Pavel Shishkin, built an unofficial implementation of Yandex. Translate’s capabilities into an automated software “bot” for users of the messaging app Telegram. By inviting the Yandex. Translate bot to a group chat, users can type messages to each other in their own natural languages, and the bot will generate the appropriate translation for the other participants to read in their own native language. It is something of a software implementation of the fictional Babel fish, and it feels like magic to use.

In my experience, Yandex’s Russian-to-English translation capabilities clobber Google Translate. It makes sense that a Russian company would provide better Russian translation, but Styskin can only guess at why this is the case. “The difference between the two services may lay in grammar processing, data collection size, machine-learning algorithms, and many other areas,” he says.

As machine translation technology largely works with word-for-word substitution, it more readily exposes people to drastic differences in linguistic norms. If an English speaker began a request with “Listen to me,” or the even more abrupt “Listen,” it easily comes off as rude. But to further lean on Russian as an example, it is perfectly acceptable to do this in that language. Assuming a future of perfect understanding across languages, couldn’t this manifest some friction due to the way people speak in their own languages when it butts up against the way others do in theirs?

Here’s Simonson again: “[This question has to do with what is] called ‘high involvement’ versus ‘high considerateness.’ In high involvement style, it’s common for speakers to speak on top of one another, ask questions at high speed, speak loudly. Anything else is considered rude. In high considerateness style, speakers wait their turn to speak, don’t pry too deeply into one another’s lives with questions, and speak more quietly. Anything else is considered rude. This is why people consider New Yorkers — with an extremely high involvement style — rude, and why New Yorkers consider everyone else rude. They have different norms, and they’re contradictory.”

Whether universal translators are surgically embedded in our ears or not, it will take nothing less than a highly developed artificial intelligence to make them practical. This is software’s only hope to be able to interpret the spirit and cultural intention of one’s speech and adapt it from one language to another, regardless of what the words literally mean. This means computers would need to be able to interact with a branch of linguistics called discourse analysis. Here comes the reality check: Artificial intelligence is only just recently beginning to excel at basic board games and video games. Dealing with something as dynamic as human communication is markedly more difficult than winning a game of Pong.

Further adding to the complexity is that discourse analysis hasn’t really been applied in the text-obsessed field of machine translation. Human speech has voice, tone, and audible color to help a listener intuit meaning. Text has, what, commas?

Simonson illustrates this disparity with a quip. “Translating the words and syntax — i.e., word order and grammatical markings — of a language correctly still doesn’t translate conversational style suitably,” he says. “But you don’t need a universal translator to discover that; just drive around the U.S. a bit.”

While present-day technology might enable cross-cultural sexual harassment and reliably yield almost-kinda-sorta instant translations of text into your native tongue, there are still several significant hurdles to clear before we can reliably travel the world with the confidence of total comprehension. Techno-utopians and language nerds alike may pine for such an electronically enabled Rosetta Stone, but we still need to see many more technology news items come to fruition.

Only then will it be time to shove a fish into your ear.