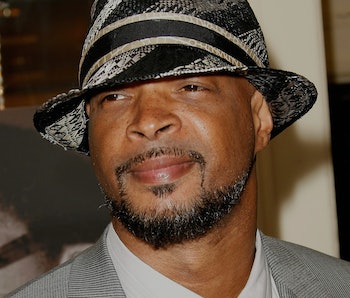 So you’re telling me FOX greenlit a Lethal Weapon show where Damon Wayans, Sr. plays Danny Glover’s character? I suppose that’s a hypothetical you, reader, talking to me, and yes, that’s what I just said. I’ll raise you this, too: Charlie’s Angels reboot mastermind and The O.C. co-producer McG is co-helming the project, and directing the pilot.

Wow. If we weren’t in the midst of a silly reboot craze right now, I would swear to you that all of this reads like news from over a decade ago. But this movie-to-TV thing feels relatively new, and it’s always risky — in this case, especially. It seems hard to credit that the eldest Wayans and whoever is filling the shoes could have the eccentric rapport of Glover and Mel Gibson.

Then there’s the getting-the-band-back-together concept, which is just a slightly altered version of the film’s concept, presumably done in a procedural-like format. According to Deadline:

“… when Texas cop and former Navy SEAL Martin Riggs suffers the loss of his wife and baby, he moves to Los Angeles to start anew. There, he gets partnered with LAPD detective Roger Murtaugh (Damon Wayans, Sr.), who, having recently suffered a ‘minor’ heart attack, must avoid any stress in his life.”

So it’s not exactly a continuation of the films, but an odd, presumably tamer retake.

McG is not Shane Black; he’s something else entirely, better suited to a less gritty and outright insane type of action-comedy, as is Wayans. Black is back this year with The Nice Guys, and hopefully, with his truly mind-boggling, hyper-violent Western farce Edge on Amazon Prime. Those are both, doubtless, a better choice than the McG Lethal Weapon, though one can’t help but be curious about how the project will pan out. Our guess, given the personnel and the fact that it’s on a primetime channel: too self-aware and goofy for its own good.

More like this
Innovation
8.5.2022 11:00 AM
Alexa could diagnose Alzheimer’s and other brain conditions — should it?
By Joanna Thompson
Innovation
7.29.2022 2:00 PM
Amazon's new invention could let you “speak” to the dead — but should it?
By Sofia Quaglia
Innovation
4 hours ago
Scientists at CERN have discovered too many particles for physics to keep up
By Harry Cliff, Tim Gershon and The Conversation
Share: