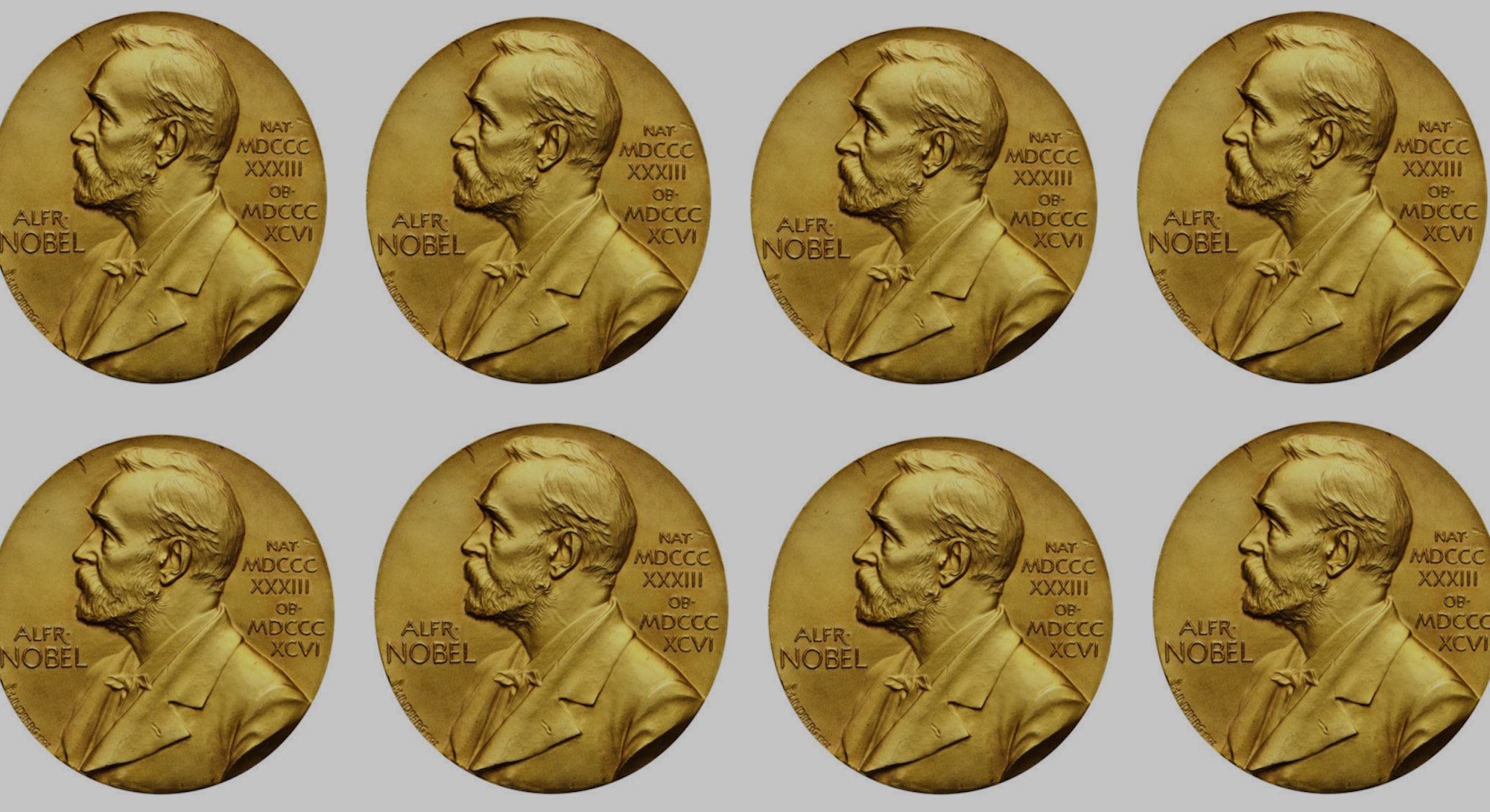 Skip the gold jewelry this Valentine’s Day and go straight to a gold plated medal. On Sunday, the Nobel Prize of Dr. Kary Mullis will be put up for auction at the Sheraton Pasadena Hotel in Pasadena, California and is expected to go for a cool $450,000 to $550,000.

The medal itself is 66 millimeters in diameter, struck in 18 carat gold, and plated in 24 carat gold. It’s being sold in its original claret diced morocco case, which is lined in satin. The whole thing is pretty damn fancy.

Mullis won the Nobel Prize in Chemistry in 1993, ten years after his invention of the Polymerase Chain Reaction, widely known as PCR. Essentially molecular photocopying, PCR is used to amplify and copy small pieces of DNA. It’s widely used in medical and forensic sciences, and makes possible procedures like testing for cancer mutations and genetic fingerprinting. One of its most recent — and important — applications was as the backbone of the mapping techniques of the Human Genome Project.

In 1983, Mullis was a chemist at the biotechnology company, Cetus Corporation. Before PCR it was difficult to study DNA, and the process of producing DNA to study was extremely long and laborious.

“In ‘75 people had just discovered molecular cloning — where you could isolate a DNA sequence and you could put it in bacteria, and you could make more and more of it,” says Mullis in a video created by the auction house, Bonhams. “People thought of cloning as almost a miracle. But it took a long time — it would take a lab like mine, six months probably. It was such a neat, new, exciting and spooky thing, that nobody was looking for a quick way to do it.”

In this video, and in his Nobel speech, Mullis says it was a middle of the night drive in Mendocino, California that led him to his “a-ha” moment — he realized that through a heating and cooling process that he already utilized in his lab, he could create a technology that would create copies of a particular DNA sequence. In less austere circles, Mullis has credited LSD as the mind-opening mechanism that helped him develop PCR.

While Mullis is undeniably a genius and the invention of the PCR was nothing less than game-changing, he’s still a controversial figure in the science community. Besides being a fan of LSD, he also believes in astrology while doubting the existence of the ozone hole, global warming, and H.I.V. as the cause of AIDS.

While the next batch of Nobel Prizes won’t be awarded until December, drama is already kicking up in the science community over who will be credited for the invention of the genome editing tool, CRISPR — widely favored to win next year’s award in chemistry. Research scientist George McNamara put up a salty blog post on LinkedIn today, pointing out that if some scientists are so desperate to get a Nobel Prize, they can buy one this weekend.