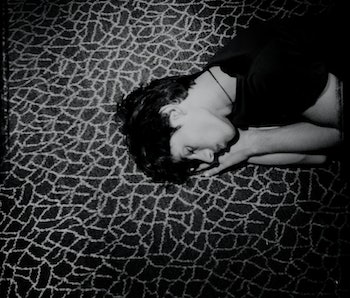 Rich people don’t even nap the same as us plebes. While you and I struggle to shake off the foggy exhaustion weighing us down as we lurch towards 5 p.m., those wealthy sleep masters have been keeping their eyes trained on our failings with secretive siestas. No more, I say!

Enter “The Sleep Doctor”, a.k.a. Michael Breus, a Ph.D. in clinical psychology, board certified in sleep disorders, and a practicing sleep specialist. If you watch Dr. Oz’s show, or you’re one of Breus’ Fortune 500 company patients, you might have seen him handing out tips on a better night’s rest. Breus gave Inverse a quick course on how to get the most our of your midday break, and the value of packing a “sleep kit.”

Now if I want the perfect nap do I …

I should stop and say a caveat here how much adenosine you have in your brain. Adenosine builds in your brain. As it builds up, it makes you feel sleepier and sleepier. It has a molecular structure almost identical to caffeine, and caffeine fits in that receptor. So it’s not that caffeine is making you not sleepy, it’s that it’s blocking the adenosine. That’s why you have the crash later as it stops blocking the receptors. And then you’re looking at a power nap, a 25- to 30-minute nap.

Is there an ideal time I should be napping?

Your brain gets signaled right around 1 p.m. and you get the urge to sleep because about that time your core body temperature is dropping. Just before you went to sleep the night before, your core temperature dropped and it signaled its brain to release melatonin. You have the exact same cycle repeat in the afternoon on a smaller scale; it’s not that you had a big lunch. Anyway, that’s the time you want to get a nap, if you want to feel refreshed. But if you’re looking for a bump in creativity instead of fatigue, it’s actually better to take that nap between 10 and 11 a.m.

How long should I snooze?

The perfect nap length is maybe 15 or 20 minutes, at minimum. If you do that you get some stage 2 sleep and some adenosine reduction. If you do another 10 minutes, you get to stage 4 sleep and then you’re really feeling more refreshed.

Once I’m ready to sleep, where should I do it?

It’s hard to sleep in an upright position because gravity fighting against the pumping blood, so you need to get horizontal if you can. The second thing is safety. Make sure you’re going to sleep in a safe environment. If you’re going to sleep in your car, let people know. I have a napping kit at work. A little travel alarm, a sleep mask. Some people are actually in offices now where they get napping rooms and napping pods at work.

The thing I find ironic about those companies is that workers with napping pods always seem terrified to use them.

I talked to the guy who creates these pods called Metro Naps and he’s learned over the last three years that you can’t have napping rooms in a place with windows. Because people will peek to see if their boss is coming and catching them napping. No one wants to say to someone else “Hey, I’m going to take nap.” But the truth is, from a biological standpoint, it’s a great idea.

What’s a foolproof way to get my nap in tight and get back to work?

I actually invented a technique called the “nap-a-latte.” I use this technique with a lot of Fortune 500 CEOs. You get a cup of drip coffee. You put a couple of ice cubes in to cool it down and drink it really quickly. Then, close your eyes for 20 minute nap. It takes approximately that amount of time for adenosine to demobilize and then the caffeine kicks in and you’re good for four hours, guaranteed.

More like this
Mind and Body
7.31.2022 2:00 PM
Four science-backed methods to feel less tired during the day
By Sarah Sloat
Science
7.24.2022 1:00 AM
Too hot to sleep? Why your nights are only going to get so much worse
By Stephen Burt and The Conversation
Mind and Body
8.6.2022 8:00 PM
Are fake meats better for the environment? It’s more complex than you think
By Bob Holmes and Knowable Magazine
Related Tags
Share: