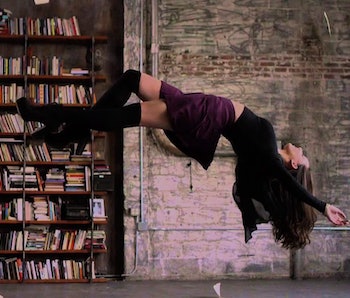 Adaptations are a tricky thing, especially adaptations of a well-loved series of books. Whether it’s to the big-screen or the small-screen there’s a real a challenge for creators to cater to the die-hards who expect a legitimate representation of the story they love, but also to make sure to present an inclusive version of the story to hopefully pull in new fanatics. Game of Thrones has ridden this kind of balance from author George R.R. Martin’s books to five seasons on HBO to enormous cultural highs. Even the long standing Harry Potter movie franchise mostly managed to succeed when it changed particular parts of author J.K. Rowling’s sacrosanct stories. Now yet another magical series is facing this very conundrum.

Syfy’s The Magicians takes author Lev Grossman’s three-part book series and attempts both to honor the material and completely do away with it at the same time. And that’s totally OK.

And yet the book lovers out there who tuned in to the show’s first three episodes the past two weeks may have found something resembling their favorite thing by Grossman, but not something identical to it. Granted, audiences should expect a TV show to take its time to build, at least slowly, to the big action of the story from the book. But the creative team behind the show obviously wanted to just get down to business. There’s no harm in that.

Plenty of internet posts have sprung up comparing and contrasting the show to the books, and there’s more than enough in that regard to talk about. The TV cast is a bit older than their book counterparts; Quentin’s clinical depression is a main TV show point; the Narnia-like land of Fillory appears very early in the TV show; Julia’s descent into dark magic is given even time with Quentin unlike in the first book; Janet in the book is now called Margo; Josh from the book is replaced by a shady female character named Kady; the show positions Quentin as some sort of “Chosen One”; and so on. But all these things are kind of beside the point. Even Grossman agrees.

On his official website last year, following Syfy’s sneak peek of the first two episodes of The Magicians, Grossman penned a short post that amounted to telling book fans to slow their role when it comes to the creative differences the show would make. Calm down. Deep breaths. It’ll be fine even though it’s different.

“Some things from the books don’t happen, some things happen differently, and other things happen that are nowhere in the books,“ he warned. “I’m a huge fan of the show,” he continued. “I get psyched every time they send me a new episode to watch. It’s dark, it’s smart, it’s weird, and it’s very funny. It’s cool to see the magic on screen. The actors are acting their hearts out.”

Grossman is obviously reaping the benefits as the author of the popular source material to a semi-prominent new show, so he’s obviously aware of his audience. He had no creative control on the show, and weighed in on each episode, but he was smart enough to give it the distance the material needed to make the leap from the page to the screen. But the point is he didn’t have to go and calm everybody’s nerves on his website. He did that because he expected and respected his books and the TV show they inspired. “It’s a different medium, and you tell stories differently there. Not everything translates directly,” he said of the TV show. “So give it a shot. There’s really nothing else like it on TV. I’ll be watching too.”

Just like the author of the books, you should be a fan of The Magicians too. Even if you’e a book purist, you might like how different it is.