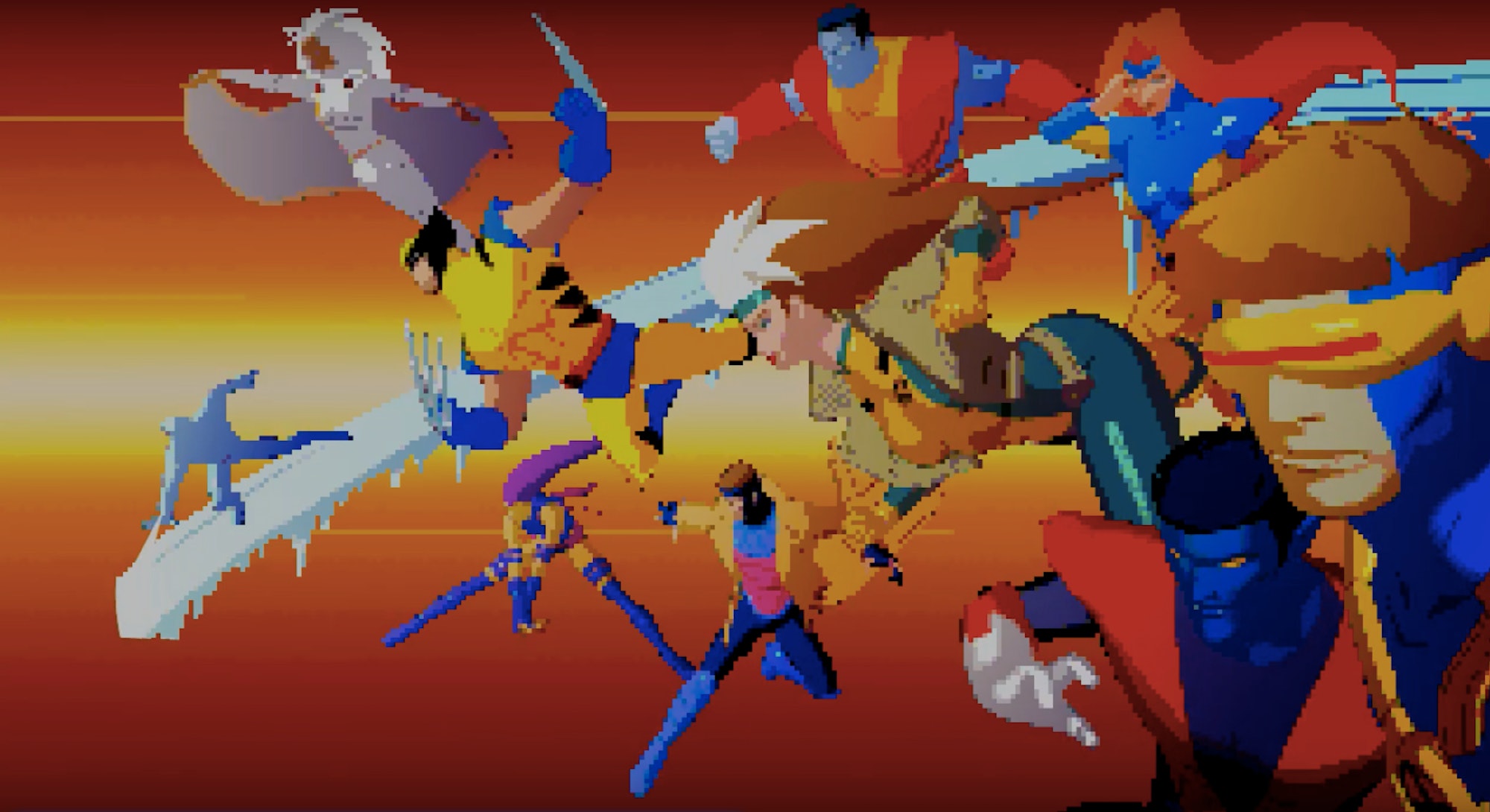 When it was announced in early 2016, the fan-made cartoon series X-Men: Danger Room Protocols by animator and video game designer Joel Furtado drew captivated the geek-centric internet. The project was planned as an 18-episode ode to Furtado’s favorite Marvel characters, featuring duos of Professor Xavier’s greatest students, such as Wolverine and Jean Grey, taking on the group’s greatest foes in the so-called Danger Room. Furtado, who worked on the series for more than a year, kept revealing hints on his website before launching the series that showed it was more than just a one-off set of drawings made by a fanboy in his basement. Anybody who grew up in the ’90s could see it was made with a heavy nod to the influential cartoon that ran on Fox from 1992 to 1997. This was the near-real deal.

But the quality of the animation and attention to detail meant to honor the cartoon is perhaps what caused Marvel to take notice … and forced Furtado to cancel the series after releasing only one episode on his YouTube account. Much to the dismay of Furtado and the Marvel fans anxiously awaiting this seemingly awesome labor of X-Men love, the series remains in limbo. But fans can’t be surprised that using specific intellectual property might have been doomed from the start, even as Furtado continually clarified that his project was not unlike the countless other examples of fan art and creations across the internet that appropriate Marvel’s heroes.

I spoke with Furtado twice about his project: Once before the premiere, and again the day Marvel quashed the show. Excerpts from both conversations follow.

Why did you want to develop an X-Men cartoon, specifically?

I was reading X-Men comics before the animated series came out. But then the animated series came out, obviously, and I became a huge fan. I’ve worked in animation for a long time, about 10 years now, and it’s just something I’ve always wanted to do, some project with superheroes or Marvel stuff or comic books. I wanted the opportunity to have my own take on it and also something that I knew fans would also want to see.

Did you go through any other superhero ideas for the project? Spider-Man had a popular ’90s cartoon, too.

X-Men was always kind of my favorite, so if I was going to do a series it would probably be X-Men. I also thought it would be a good franchise because it’s not something that’s really being pushed right now, by Marvel, so I knew I wouldn’t be in direct competition. If I were to make an Avengers series or something in the limelight right now, it might get some negative attention from them. So I thought nothing had been done with it in a while, it’s not really on their radar, and I thought it would be a good thing to start with.

A lot of people were telling me to do Star Wars or other franchises and I thought, “Ehh, I don’t know about that.” It’s a lot more trouble than, you know, if I were to just do X-Men.

How are you getting by doing this without getting legal threats from Marvel or Fox? Do you think it has to do with the internal wrangling between those studios?

So, I can’t talk too much about it. I’ve definitely been in touch with them and we discussed it. It might still be shut down — I mean, I really don’t know. I hope it isn’t. But it feels like the whole time I was making the series I was taking precautions to sort of ensure that it didn’t happen, that they weren’t threatened by the project. If there was concern about how the brand is being represented, that I would be willing to be flexible about what’s in the episodes or be willing to talk about the episodes to make sure the content isn’t damaging to Marvel.

The project itself hasn’t been funded in any way; I’ve just been funding it myself. I’m not making money off the videos, so they aren’t making any income. I sort of look at it as fan art, and I know that when it comes to intellectual property law and copyright law, fan art is still a huge gray area. It’s really complicated because these companies depend on the fans and the fans depend on the companies. It’s a symbiotic relationship.

All the content is so much work to create. It takes me 300 hours-plus to make one 15-minute episode. So it’s a lot, a lot of work. The idea that all that work would just get thrown in the garbage and no one would see it is hard to swallow. I hope that doesn’t happen.

You haven’t sent any of them to Marvel?

They have not seen the episodes.

Are you doing it all on your own?

The only thing I’m not doing is the sound. I’m actually working with some former coworkers of mine. The music is actually all original in the episodes, and they’re also doing sound effects. But everything else, from storyboarding to concept design to animation, it’s all me doing everything.

Is creating the episodes comparable to video game design?

The process I’m doing is quite different. I picked a complicated animation process that I’ve actually never seen before. It was something I wanted to experiment with. I wanted to almost have this pixelated look that was reminiscent of the video games of that era, as well. When I think of X-Men at that time, I think of all these old arcade games I played at the time. They had this interesting look to them, so I wanted to incorporate that.

What characters do you enjoy animating the most?

My favorite character has always been Storm because she’s such a visual character. I really like her powers. But then when I was animating her it was a nightmare. She’s the hardest character, by far, to animate. Just by the nature of her character she’s always hovering; she always has moving parts; her hair’s moving; she never just stays still. And her powers themselves are difficult to animate. There’s sequences with a blizzard, or hurricane, or a lightning storm. All these different things that, from an animation perspective, is a crazy amount of work.

What do you hope to get out of this project? Exposure? Is it just an appreciation to something you love?

A little bit of everything. I’m not trying to make money off the project. I really just wanted to do something for the fans and for exposure as well. It’s possible that this could lead to other job opportunities. But, yeah, at the end of the day I did it for me and fans.

And then this happened …

What exactly did Marvel do to have you take the videos down?

I can’t legally get into the details too much. I’ve been talking to Marvel since day one of the launch. We had been trying to work something out, but ultimately couldn’t come to a resolution.

Is there any way to salvage the work you’ve done, such as redesign the characters or swap out the names?

At this time I’m just going to hold onto the work, and if at some point in the future this IP is no longer in its current situation I might be able to use it or release it again through official channels.

Have you gotten anybody reaching out looking to hire you since you made the cancellation post?

I’m currently just trying to put this behind me and return to a studio position. It’s only been a few hours but I already have a lot of interest. Hopefully something works out.