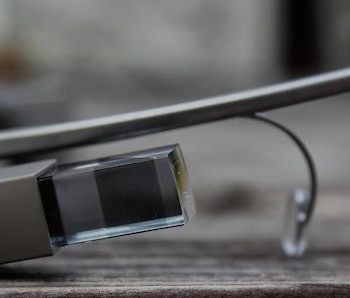 The social media accounts attached to Google Glass — a wearable, optically-mounted display device whose merits have been scrutinized in the media — went dark Monday, leading to speculation about its future.

The message on the Google Glass web page is a bit vague:

There are sources that claim the future of Glass remains strong, such as 9To5Google, which explains “Google’s front for representing the device in the consumer eye may be gone now, but in the background Glass lives on under the umbrella of Project Aura.”

Project Aura is an extension of the Glass tech, moving in the direction of improved audio potential, better display, and battery life — and it’s responsible for what is now the premium version of Google Glass, called “Enterprise Edition” — an item the Wall Street Journal reports is squarely aimed at the health care and energy manufacturing industries.

ITProPortal has claimed that the future of Google Glass is to fully become Enterprise Edition, which will become a product not mainly aimed at the consumer market, stating: “…Google Glass is not dead. Instead Google has shifted the products’ focus from consumers to enterprise…Google launched a program called Glass for Work…to help realise the potential that Glass could have in the workplace.”

The Glass at Work website (as of this writing) remains up and running.

On the other hand, as for the sales push once aimed at John and Jane Q. Public, that campaign may be coming to an abrupt close.