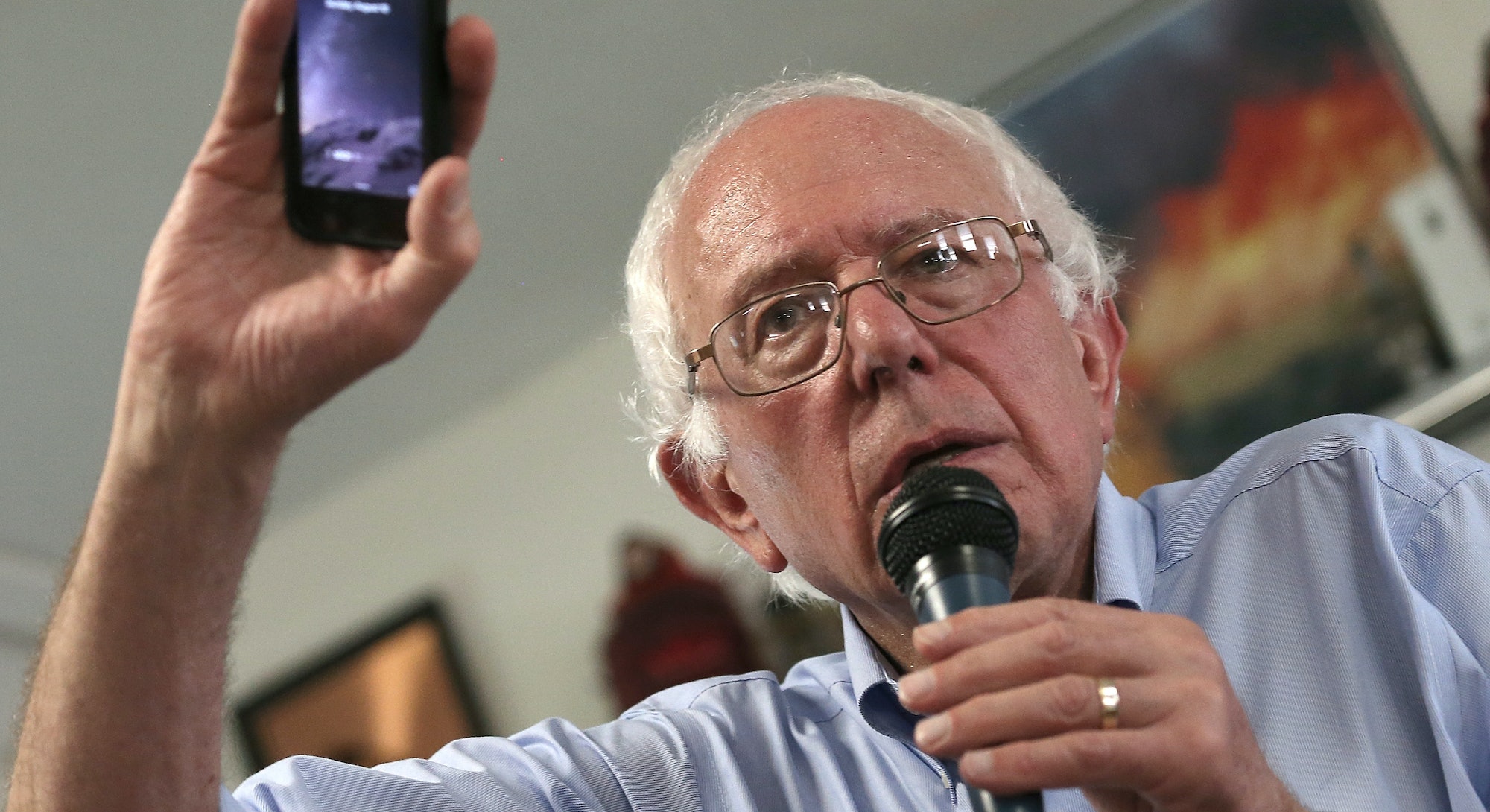 “I urge you to vote for Donald Trump because he is the one candidate who points out that we should accept immigrants who are good for America. We don’t need Muslims. We need smart, well-educated white people who will assimilate to our culture. Vote Trump.”

So you may have heard if you’re a registered voter in Iowa. In my home state, the final, desperate days of the first-in-the-nation caucus season politics have turned phones into cursed objects, transmitting the haunted pleas to just come out and get involved on February 1st. That message you just read is, yes, totally real, if one of the most odious examples of the form. It’s a robocall from Jared Taylor, a Trump supporter and white nationalist, and it could be waiting for you any time you pick up the receiver and say hello.

But in this season, even the non-racist recordings are a misery. With more than a dozen candidates on the campaign trail, the calls come in by the dozens.

“It’s election season, so we don’t even pick up our phone,” Mary Hansen, an accountant in Cedar Rapids, tells Inverse. “We ignore it so much we miss calls from our daughter.”

Robocalls are illegal for selling most anything else, but the FCC (which says it receives more complaints about unwanted calls than any other problem) still allows automated dialers in political campaigns. They’re attractive because they don’t take much time to set up, they reach a lot of people, and at roughly $6,000 for a sample size of 600 people, they’re cheap. The one thing they don’t do is probably increase voter turnout, but with less than two weeks until the first-in-the-nation caucuses and campaigns separated by poll numbers as tight as the margin of error, the word “harassment” loses much of its meaning.

“In some ways it’s worse this season, and in some ways no,” Hansen says. “The Republican Party doesn’t seem to call anymore, which is really nice. My husband was a Republican for a while, about which he gets an endless ration of shit. But we signed up as Democrats to caucus for Obama and I think when they saw us change on the rolls that was the end of it. I told the Bernie Sanders people I didn’t want any more calls, and they’ve cooled out since then.

“I think they’re getting more targeted about it. We’re older so they know we show up, we have caller ID, and I think that maybe their computers recognize that kind of thing.”

Robocalls don’t go to cell phones, for now, so this targeted marketing hits the aging demographic more likely to have land lines. That same demographic is also the one most likely to show up at the polls, as people over 60 are 15 percent more likely to be registered to vote and more likely to be set in their ideologies. Aging doesn’t necessarily make people more conservative, PEW research has found: Among voters 65-plus, 32 percent identified with the strongest Republican-oriented groups of Steadfast Conservatives and Business Conservatives and 33 percent fell to the Democrat groups, Solid Liberals, or the Faith and Family Left.

Like the electorate, robocalls fall on a wide spectrum of good and evil. Sometimes someone stumbles across a decent use for them, like when Pennsylvania’s first openly gay state representative Brian Sims used them to solicit constituents to come to him with problems and suggestions while he was still in office. Usually they’re at best a nuisance and at worst purposely suppressing voters, like in 2012 when a burner account with the incredible pseudonym “Pierre Poutine” paid for robocalls directing Canadian voters to the wrong polling station on election day.

There’s some hope that the Hansens will be able to take calls from their daughter without fear by 2020. Last summer, in a 3-2 vote, the FCC ruled that telecom carriers do not have to connect robocalls to your phone if you don’t want them, regardless of whether they’re political in nature.

“We are giving the green light for robocall-blocking technology,” said FCC Chairman Tom Wheeler in a blog post in May 2015. “The FCC wants to make it clear: telephone companies can — and in fact should — offer consumers robocall-blocking tools.” Until then, just let the machine get it.