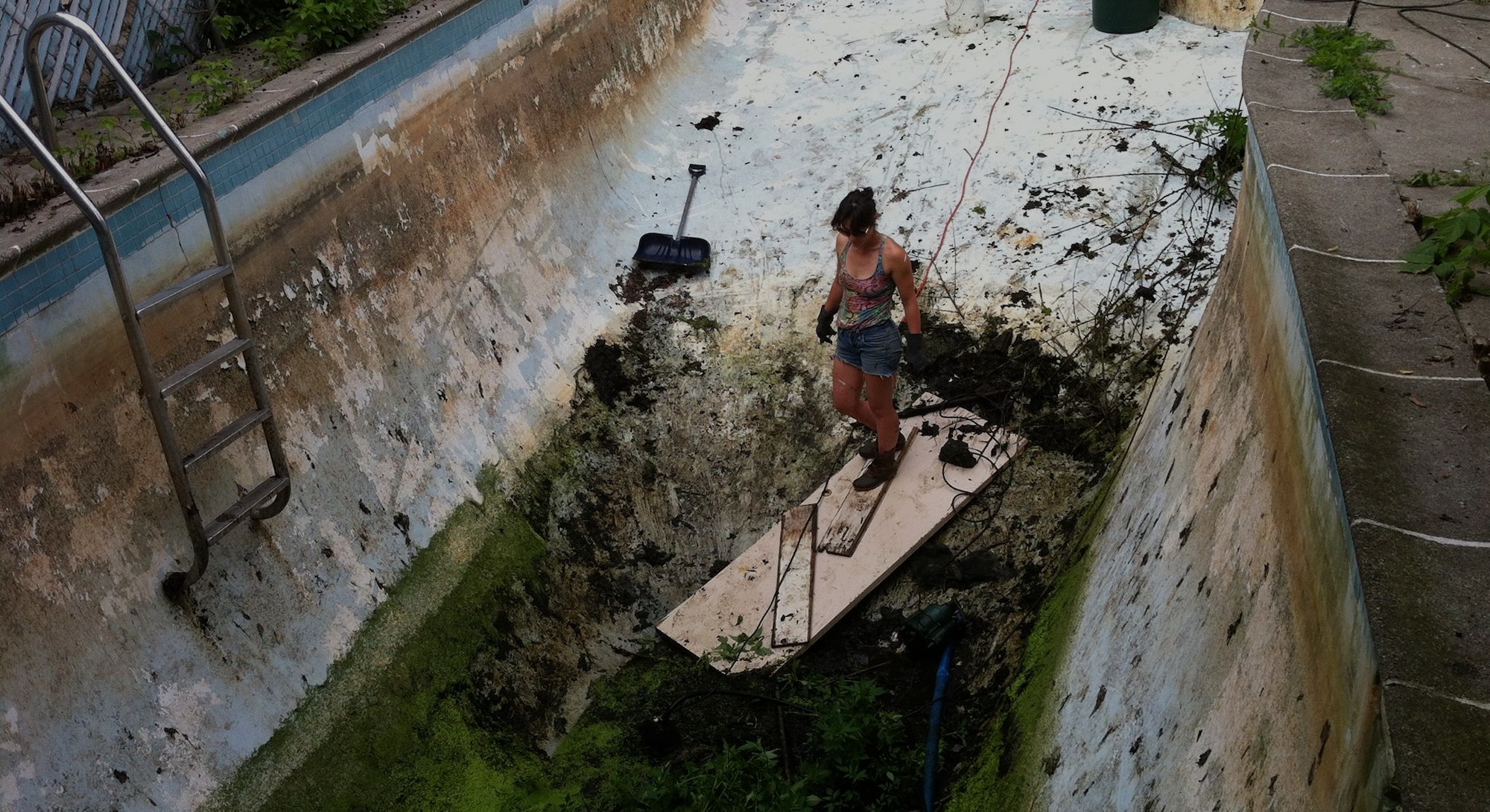 People who like Detroit and believe in Detroit and maybe want to sell you real estate in Detroit have taken to calling Motor City “Great Comeback City,” which isn’t as catchy as they think it is, but may hold a germ of truth. In 2014, the city cut $7 billion from its $18 billion debt and emerged from bankruptcy. A burgeoning tech scene and a recession-proof music culture are attracting legions of twenty-somethings to Michigan. The notion being that rebuilding a failed city is/should be fun. This is the stuff of progress and also of New York Times trend pieces.

In the Brooklyn neighborhood of Bushwick, “move to Detroit” graffiti started popping up in the winter months of last year. The implication was clear: Artists were pulling up stakes. In March, New Yorkers began to notice a series of billboards, attempting to sell disillusioned young adults on job opportunities and space. Then there were the headlines (“Detroit Will PAY You To Take One Of These Abandoned Homes”). People struggling to make rent started looking westward and considering investing in Red Wings apparel.

But is moving to Detroit — not just being in Detroit — actually affordable? Let’s break it down.

If you’re moving with stuff, you’ll probably want a U-Haul. The price of that depends on how much you’re bringing along (U-Haul recommends different sized trucks based on the size of new lodgings). A pick up from Brooklyn to a drop off in Detroit with the smallest truck (what they recommend for a one bedroom) is going to be around $1,447. Two bedrooms worth of stuff is going to be closer to $2,044, while four plus bedrooms will likely cost $2,515. Fuel for the journey is probably going to be an added $177. Those numbers are slightly lower if you’re coming from Chicago and slightly higher if you’re coming from California, but this is not what breaks the bank.

If you’d rather start your life completely anew, Amtrak tickets go for a “value” price of $109. Looks like the closest Ikea to Detroit is a thirty minute drive away in Canton. This $185 bunk-bed is a pretty sweet option as well.

There are tons of affordable rental properties in Detroit. Take this dope one-bedroom condo in downtown Detroit: The space, washer and dryer access, a reserved parking spot, and all utilities would only run you $1,250 a month. If living with five other people is your thing, many spots go for as little as $410 a month.

Then there’s owning, which is the impetus for many moves to Detroit. Trulia, the online real estate website, has a report on Detroit that says the median sales price for a home in Detroit is at $50,760, a price that reflects the 58% rise in prices over the last five years. That’s not a lot if you’ve gone and gotten a 30-year mortgage, but it’s not nothing, which used to be the cost of many homes in the city.

Still, cheaper spots are available. There are currently 837 listings for properties that have been acquired by the U.S. Department of Housing and Urban Development as a result of foreclosure actions on Federal Housing Administration insured mortgages. The price for these homes is anywhere from $9,000 to $54,000. The City of Detroit is auctioning homes as well, about three houses a day according to MarketWatch. The auctions for these houses start at $1,000 and can be bid on in $100 increments. If you win the auction, within 72 hours there is a required 10 percent down payment.

Lis Thomas, a performance artist who also works part-time as an environmental consultant, was able to purchase her home for $1,500. She had previously lived in New York City and then Vancouver, British Columbia — both places known for their high costs of living.

“I moved to Detroit for the same reason I think a lot of people want to move here — because I wanted to live somewhere where I would be able to afford to work part time so I could work more on my art and where I could afford to own a home,” Thomas told Inverse. She was speaking over a landline because her neighborhood currently doesn’t have cell phone service.

Thomas estimates that while her home cost what some in New York pay for their monthly rent, she’s also put in at least $15,000 so far in renovations. She’s done all the work herself (she likes it and wanted to) and had to wait about six months through renovations before she was actually able to move in.

“One of the things that I think people don’t realize — that I didn’t realize before I moved here — is that property taxes in Detroit are incredibly high compared to other places in the country,” says Thomas, whose taxes per year are about 10 percent of her house’s assessed value. While her house is not assessed at very much, her tax rate is practically double what property taxes are outside of the city.

The out-of-date value assessments that come along with the taxes aren’t without purpose: The city is trying to funnel cash towards improving city services and cutting property assessments. The catch here is that the majority of homeowners can’t pay these taxes and lose their homes.

“Problems include unfairly distributed tax burdens, inflated assessments, high rates of tax delinquency, and thousands of foreclosures that reduce the tax base and depress property values,” reports the Lincoln Institute of Land Policy. This, the think tank suggests, is indicative of a “broken system.”

If you’re an artist, Thomas notes, you also have to realize that the market for your art is going to change. While the finances of Detroit may allow you to have more time and space to work on your craft, you won’t get paid as much for it as if you are selling it locally. And while some businesses have offered extra cash for people to move to the city and work for them, it’s likely that you are going to be paid less in Detroit than you would be in a city like New York.

But she also notes that there are some good incentives for small businesses who want to operate in the city. The Detroit Economic Growth Coalition offers a variety of financial incentives such as a tax waiver for eligible businesses operating in one of the city’s “Renaissance Zones” and a investment fund for applicants to the city’s new “Creative Corridor” — 125,000 square feet of office space in the city.

“There are a lot of extra costs that people don’t necessarily think about,” says Thomas. “I don’t think that most New Yorkers, and certainly don’t think that a lot of the media that talks about Detroit, really understand what it’s like to live here.”

That said, while she doesn’t think everyone should pack up and move, that doesn’t mean the city isn’t great for her. She really likes living in Detroit — there’s a reason she has chosen to live there. But moving there — like moving anywhere — needs to be done with respect. Thomas says that it’s not popular to say that you moved from New York to Detroit, and that stands to reason. There is a prospector feeling of people pouring into the city looking to get more for less — many who don’t take the time to choose properties for purchase that don’t still have people living in them.

“A lot of us who live here do so because we have faith or understanding that things around here are changing and hopefully those things [like high property taxes] will be adjusted,” says Thomas. “But there are these interesting little things that you don’t necessarily realize when you are thinking, ‘Oh, my house is so cheap and I can buy it in cash.’”