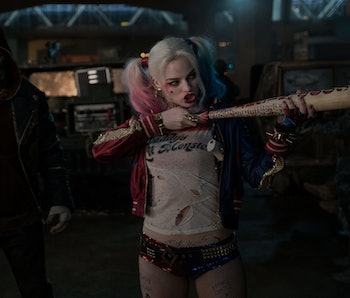 The forthcoming Harry Potter and the Cursed Child, which will see the Potter story continue after the 19 years later epilogue in play form, has created a stir on the internet by casting actress Noma Dumezweni, who looks nothing like Emma Watson, as a middle-aged Hermione.

Rowling, for her part, has responded with support and a tweet of Dumezweni depicted alongside all the fan art that sees Hermione as black.

Other Potter cast members including Lucius Malfoy himself — the Potter series version of a white supremacist — have chimed in with their comments.

Black Hermione Outrage — otherwise known as the symptom in which Harry Potter fans completely miss the point of the original story — is not only dumb because it uses adhering to “canon” as a mask for racism. As it’s been pointed out, the actor cast as Ron isn’t even a ginger and there’s been nary a peep of protest.

It’s also dumb because it’s hypocritical. Consider the interpretation of the character Harley Quinn in the upcoming movie Suicide Squad.

Margot Robbie’s aesthetic with a skin tight t-shirt, booty shorts, fishnets, and a belt stolen from Hot Topic is a far cry from how the character has looked in previous canon. Previously, she’s worn a unitard and joker hat without a single sign of Hot Topic in sight.

And yet, like non-ginger Ron, protests to this new Harley were a minimum. It’s understandable that fandom dramas happen, because as everyone knows, to be a fan is to get unreasonably upset about anything the object of your fanly devotion does wrong. Getting irked with deviations from canon is understandable, but relaxing those standards arbitrarily does not. If you’re going to get your fanly hackles raised over inconsequential bullshit, at least be consistent about it.

Or maybe you should give the Harry Potter book a re-read and see if the lesson sinks in this time around.