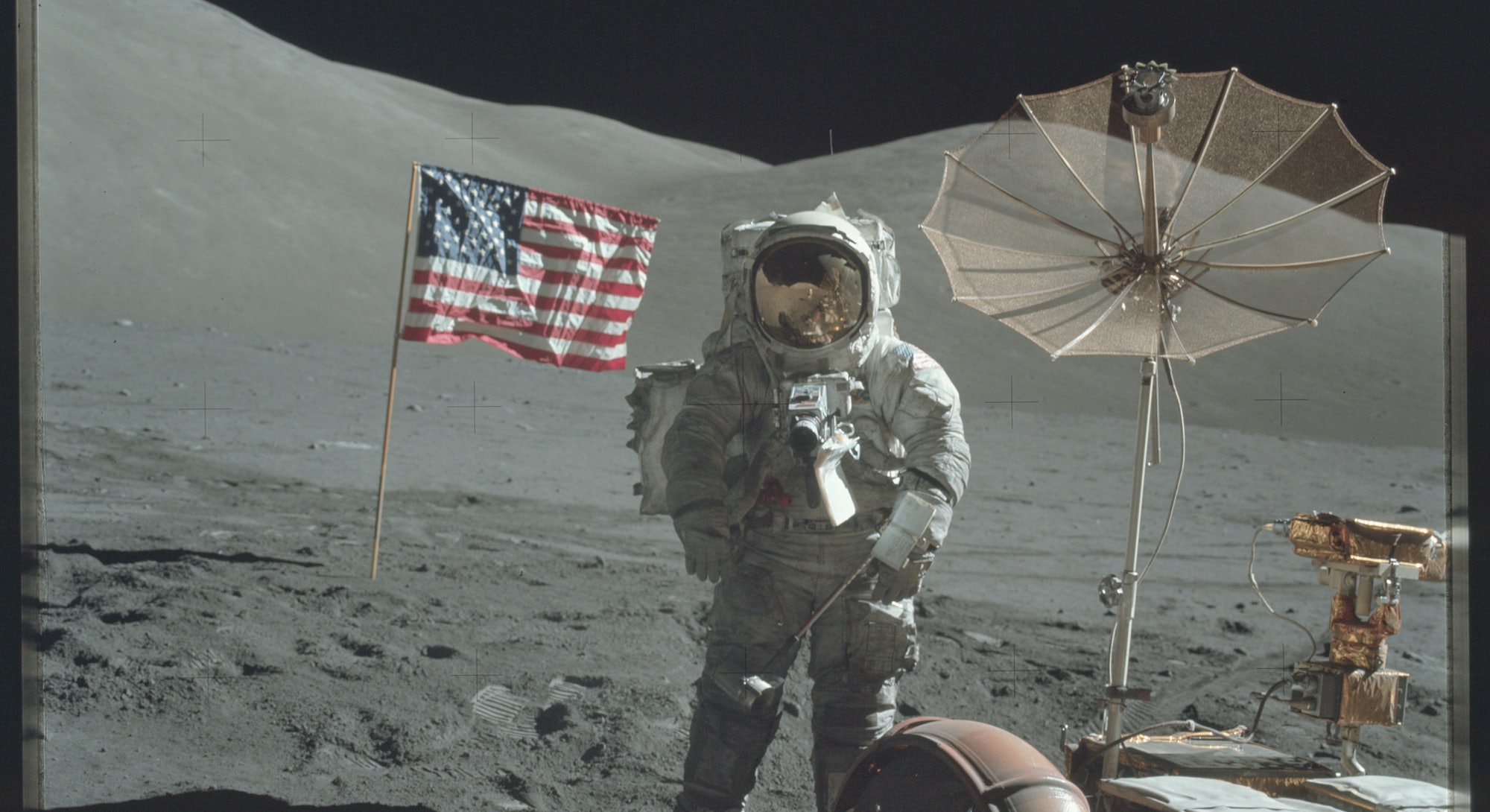 Whipping cancer — yes, fellow Americans, it’s about time. Barack Obama on Tuesday announced during his valedictory State of the Union that Joe Biden was going to lead the charge against the nation’s second-leading cause of death. Biden had dubbed the mission to eradicate cancer a “moonshot” of a cause. The phrase carries an almost martial heft to it: We’re going to aim a rocket, pull the trigger, and bang, mission accomplished.

On several plains, Americans can dig such a metaphor. For one, it conjures memories of a decisive victory, so rare in matters of research and development. We aimed for the moon. We put men there. They took vacation photos and brought home rocks. These are tangible, visceral, satisfying outcomes. Now, two generations later, we look up at the moon and know it’s part of human geography, amazingly.

Here’s how Obama revved his way into the deeper paean to science:

“Sixty years ago, when the Russians beat us into space, we didn’t deny Sputnik was up there. We didn’t argue about the science, or shrink our research and development budget. We built a space program almost overnight, and 12 years later, we were walking on the moon.”

Piece of cake. But what that required was a tight, vertical organization by a government agency with a single goal in its sights. And there, our metaphor breaks down. For as much as we’d like to beat the Nazis or launch an Apollo mission or topple the Berlin Wall or split the atom, the solutions to cancer won’t be structured in the same way, nor will the wins be as stark. And Biden’s own statements show why we need to ditch 20th century metaphors. The fight against cancer won’t be won by hanging back and watching NASA work. It’s going to take a web of human interactions that will wind up involving millions, if not tens of millions, of Americans.

Biden’s proposal, outlined in a Medium post, is foremost about sharing information across many points of input — doctors, researchers, patients, agencies — a very different framework than the vertically integrated space program of the ‘60s.

“[S]cience, data, and research results are trapped in silos, preventing faster progress and greater reach to patients. It’s not just about developing game-changing treatments — it’s about delivering them to those who need them.

Whereas NASA reached space by stacking its resources, Biden now wants us to transcend the “silos” of the past. The diffuse, fluid nature of cancer is going to require us to think and collaborate in ways that would’ve been unthinkable before we engineered the Web to collect and share more information, at faster speeds, with more people, than could’ve been conceivable when we put people into space.

“A USB memory stick today is more powerful than the computers that put man on the moon,” Computer Weekly writes, and what at first blush seems like mere gee-whiz trivia should bring the scale of possibility into focus. We could not have talked seriously about curing cancer 50 years ago. And now? Well, we don’t lack for computing power, for what that’s worth. The question becomes: How are we at organizing data and input from huge numbers of people?

Biden promises to lead an effort by “governments, private industry, researchers, physicians, patients, and philanthropies to target investment, coordinate across silos, and increase access to information for everyone in the cancer community.” His stated goal is to achieve 10 years’ worth of research breakthroughs inside five years. The path to the moon, then, begins with a lot of talking, a lot of sharing.

If we achieve this version of a moon landing, it will come incrementally, in research centers, in university labs, in hospitals, in homes. What will you be called upon to do? Your taxes may rise imperceptibly; your insurance premiums may rise noticeably. Medical experts are writing today in Stat that they want insurers to cover gene sequencing for you and for your tumors. They also want to make access to data easier; you may waive some of your medical privacy rights so that researchers can better study cancer patterns. You can for now dedicate your computer’s spare capacity to research projects that model cancer treatments. You won’t be recognized for your contributions, in all likelihood, except perhaps in a longer life, a more comfortable life, for you and your family. This will be made of many small steps. But imagine the giant leap that awaits for mankind.