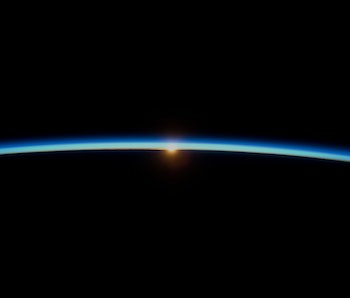 As NASA and the rest of the world’s space agencies ramp up efforts to send humans to Mars and beyond, it’s useful to look back on the history of space travel and consider exactly how many miles astronauts have actually traveled in space.

The problem is, “distance traveled” in outer space means different things to different people. Are we talking about distance farthest from Earth? Total distance that includes orbiting the Earth? Distance traveled on other worlds? To think critically about these things, you have to take an all of the above approach.

So here are top distance records held so far by the lucky humans that have had a chance to exit Earth’s orbit and travel out into space. You’ll notice that the orbital distance records are broken into Russian and American categories. That’s because the two countries have historically had different approaches to space travel. Over time, national affiliation will presumably by less important to off-Earth travel, but it remains worth noting for now.

Farthest Distance From Earth Ever Traveled

The Apollo 13 crew: Though they didn’t get to land on the moon itself due to a catastrophic failure with one of their oxygen tanks, American astronauts Jim Lovell, Fred Haise, and Jack Swigert still hold the record for the farthest distance traveled from Earth by any human. The crew made it 248,655 miles from the planet as they passed around the far side of the moon, at an altitude of about 158 miles, on April 15, 1970.

Longest Distance Traveled In Orbit By A Russian

Gennady Padalka: over the course of five different spaceflights from 1998 and 2015, Padalka has spent over 878 days flying around in Earth’s orbit — more than any other human in the world. And as an active astronaut, he’s likely to add more time to that record.

Longest Distance Traveled in Orbit by an American

Scott Kelly: currently up in space as part of NASA’s ‘Year In Space” mission, Kelly recently smashed the record for the most days an American astronaut has ever spent in space.

When he finally touches down on Earth on March 3, he will have spent 522 days total days in space. Though most of Kelly’s missions have been aboard the ISS, his first mission was actually on the Space Shuttle Discovery to help service the Hubble Space Telescope.

If you add that up to his time spent aboard the ISS, Kelly has traveled roughly 215,148,177 miles in orbit.

Longest Distance Traveled by a Human on Another World

Apollo 17: Let’s not be coy here — there’s only one other world humans have ever explored besides Earth, and it’s the Moon. On the final mission to the moon — lasting just 20 seconds shy of 75 hours — astronauts Eugene Cernan and Harrison Schmitt got to take the the third Lunar Rover Vehicle (LRV) ever to be brought to the moon and drive it out to a cumulative distance of 22.3 miles — including 4.7 miles away from the landing site of the Lunar Module itself.

Ronald Evans: the third member of the Apollo 17 mission. Unlike his compadres, Evans didn’t get a chance to zip around the surface of the moon in a sweet car. He does, however, have the distinction of spending the most time in lunar orbit than any other human being, for about 148 hours (75 of which were spent while his fellow crew members were causing a ruckus down on the surface below).

With the craft orbiting the moon about every 118 minutes, at a orbital altitude of around 68.35 miles, Evans circled around the grey rock about 75 times. So that adding up the numbers, he traveled approximately 542,206 miles in lunar orbit.