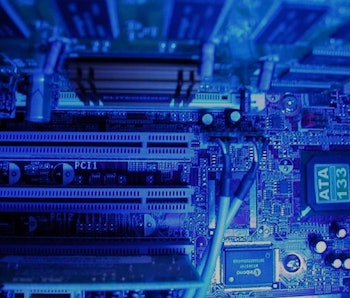 Last summer, the FBI was quiet about what methods it used to bust two men arrested on charges of child pornography. This was only the beginning of a much larger sting to bring down Playpen, a child pornography site hidden in the deep web. Just this week, the full impact of those first arrests and more of the FBI’s hacking methods were revealed by Vice’s Motherboard.

The nefarious site was founded in August 2014. Users could simply sign up and upload images — which included some horrific instances of child abuse. After just one month, “Playpen had nearly 60,000 member accounts. By the following year, this number had ballooned to almost 215,000, with over 117,000 total posts, and an average of 11,000 unique visitors each week,” Motherboard horrifyingly reports.

This isn’t the first time the FBI has used hacking tools to get in there and nab some cybercriminals of the most unsavory sort. For more than a decade it used the app Metasploit to lift the veil of the deep web Tor network. (Oddly enough, Tor is also used by those interested in human rights and, Wired reports that much of its funding comes “from grants issued by federal agencies like the State Department that have a vested interest in supporting safe, anonymous speech for dissidents living under oppressive regimes.”)

In 2012, “Operation Torpedo” cracked down on two child pornography servers, bringing the FBI’s attentions from the Netherlands to Nebraska. This led to the arrest of 14 individuals. At the time, Christopher Soghoian, principal technologist of the American Civil Liberties Union (ACLU) made comments that even seemed to support the endeavor. An unlikely ally in this project in which personal privacy is sacrificed somewhat for the betterment of society as a whole.

What the FBI did differently this time was run Playpen through their own servers for a week to gather information before identifying and arresting 1,300 people. The FBI employed a new unnamed program to gather the IP addresses of those who either tried to sign up for a membership or logged-in to Playpen. This time, Soghoian of the ACLU told Motherboard, “This is a scary new frontier of surveillance, and we should not be heading in this direction without public debate, and without Congress carefully evaluating whether these kind of techniques should be used by law enforcement.” And it’s likely that, even with the reticence of the FBI on its methods, this will be a conversation that won’t remain quiet or be silenced ever.